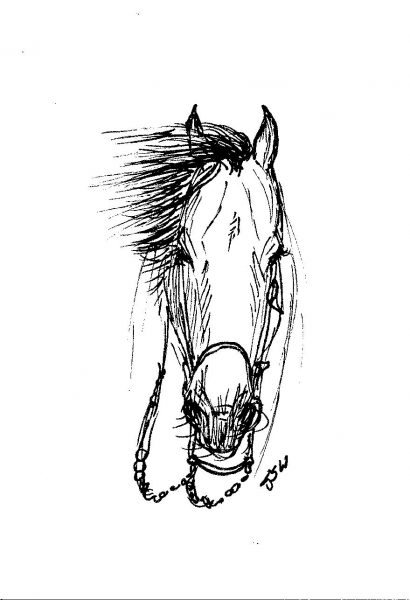 As I recall, it was early November when this day occurred. Fall works were winding down and we were mostly preg checking cows and moving them to winter pasture. All the calves had been shipped, as had the yearlings.

It was cold and windy as we were saddling and loading horses to haul the 40 or so miles to where we were dayworking that day. One of those days that makes you wonder about career paths. The forecast had said it wouldn’t reach 40 degrees and that the wind would be screaming and it was accurate. No call had come saying the works were cancelled, so, load up we did and headed out in the dark, pickup and trailer rocking in the wind.

When we arrived, I put on every stitch of winter gear I had brought, plus had layers underneath. My hat had been left behind and my Scotch cap felt awfully good, as did my heavy winter gloves. It was finally light enough to see cattle, so putting our backs to the wind so we could mount, the crew got going. We had to ride right into that wind, which by this time was in the 40 mph range at a balmy 38 degrees. Heavy clouds raced overhead and it was a gloomy morning.

We were gathering a pasture that had a series of high buttes in it. On the north side of the buttes were deep canyons, steep slopes, brush, rocks and lots of cover for the cows to hole up in. I was sent west to head out the tops of those canyons and get the cows started down. They were goosey old girls and trotty at best, so this usually worked well.

I was riding Lily. She was 16 hands tall and was hard fit at about 1200 pounds. She was handy on her feet, never lost her head in a pinch, and was my top horse. We picked our way along that slope, through rocks and brush, following vague cow trails. The wind was just merciless and describing it as miserable was understating the situation. I sometimes had to hold my hand over my face to get a breath when the wind gusted.

We’d slide down to the head of each of those deep canyons and chased those cows out of their cover and made sure they hit the trails down and kept going. Then Lily would have to scramble back up the slope and we’d cross over to the next one. She was working hard and steady, keeping her mind on where her feet were while I scouted for cattle. Even as raw as it was, the view from the north side of those buttes was spectacular.

The wind kept picking up speed as the morning wore on. We were about the far west end of the butte and could see down to the flat where the others were gathering cows from the rest of the pasture. The cows Lily and I had pushed were joining them, because, in spite of the weather, they knew it was time to go home for the winter. We had one more big divide to cross over to ride out the last of the canyons.

I was leaned far forward to give Lily every advantage as she scrambled to the top. Just as we topped out, a gust of wind hit us and it knocked us back over the rim. Lily landed, all four feet sprawled out, about 10 feet down the slope. Her eyes were sure big and I’m sure mine were too! She looked back at me and worked her mouth for a moment, then, appeared to grit her teeth and up we went again. This time we made it over and slid down the other side and into the canyon, finally getting a little relief from that wind.

We got the cows gathered, preg checked them and loaded them onto the trucks to go home for the winter. I know everyone on the crew was glad when we were done and it felt like we’d gone deaf when we got in the pickup and closed the doors. The silence was amazing.

On the way home, the radio reported that the weather station on a butte about a mile from where we’d been riding reported sustained winds of over 40 mph that morning with gusts of 70 mph. I think it’s safe to say that Lily and I knew exactly when one of those gusts occurred!