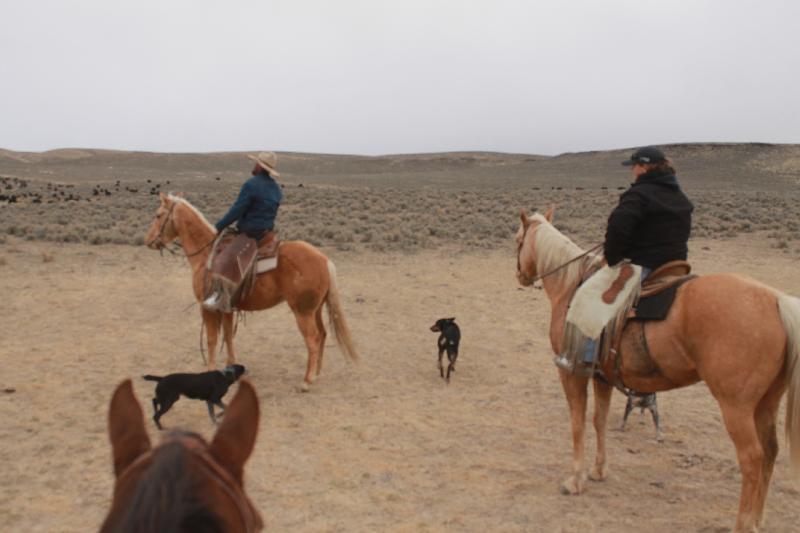 I don’t know about you, but I can’t inspire my child to put his toys away with constant nagging.  I nag, nag, nag, and nag, all the while never receiving my desired response.  Finally, exasperated I give up and put the toys away myself.  Phew, the chore is done.  But has my child actually learned anything?  Nope.

In my experience (as a parent and a former child), the best behavioral response occurs when there are clear consequences for undesirable behavior or clear incentives for desirable behavior.  For example, “If you don’t put your toys away,  you lose the privilege to watch t.v. ” or conversely, “Please, put your toys away and you may watch television.”   It depends on the child and the situation, but I’ve always found it more successful than unrelenting nagging.  The same basic principal applies to horsemanship, as well as parenting.

This summer, I’ve had the opportunity see the results in action.  For the first time in several years, I’m riding a young horse.  My colt Yogi is a willing 4-year-old AQHA gelding, with less than thirty rides.  He is gentle in the branding pen and calm bull roping, but he still rides like a colt.  I am sure you’ve experienced this behavior.  The seeming inability to travel in a straight line and a tendency to lean into other horses that many green horses have.  We call it “wallering” on our outfit.

I spent several mornings last week,  wallering around cattle in the pasture and growing increasingly frustrated with my horse.  Until I realized,  it wasn’t my colt’s lack of experience causing his behavior, it was me.  My handling of the leaning and weaving, was not improving the behavior, but reinforcing it.  How could I expect Yogi to travel between my legs with confidence, if I had no confidence in him?

When I felt him leaning or pulling towards other horses, I applied constant pressure with my leg and pulled on the offside rein.  The more pressure I applied, the more he leaned his ribcage into the pressure.  Any softness I had achieved earlier in the ride disappeared.  This cycle persisted for several days, until I recognized my response to the “wallering’ was at fault.  I am guilty of the equestrian equivalent of nagging.  And much like nagging my child, I was not achieving the desired behavioral response.

My friend and mentor, Cathy Coleman caught me in this behavior years ago and pointed out the solution.  Without Cathy to reprimand me, I’ve reverted to some poor riding habits.  Rather than pulling and applying constant pressure in response to wallering, Cathy’s solution involves the rider lifting the inside rein up and across the horse’s withers while bumping the horse’s shoulder and ribcage over with the inside foot.

Yesterday, as I rode away from my husband and son, I felt Yogi leaning toward them on our left.  So, I picked up his shoulder by lifting my left rein and bumped his ribcage sharply with my left foot, releasing the rein and foot pressure as soon as he stepped his body to the right.  He continued in a straight line on a loose rein for a few strides, then began drifting to the left again.  So I repeated the process.  A sharp reprimand, when he demonstrated undesirable behavior followed promptly by a release as he achieved desirable body position.

As soon as the consequences of wallering were clear to him, Yogi’s body position improved.  The immediate release in response to his correct body position communicated my confidence in his ability to travel between my legs.  From now on, the only person (or horse) I will be nagging is myself as I rebuild my confidence in my horsemanship abilities.