Waiting For The Feet

Most colt-starting theories and clinicians urge people to get their horse’s feet moving freely at all three gaits as soon as possible. If you’re not trotting and loping in the round pen on the first ride, you better be movin’ by the second.

It’s a great theory that works on all horses except for the ones that it doesn’t. Some horses are more sticky-footed and unsure of moving with a rider on their back than others, and you’re better off taking your time with this type of colt. If you rush them into too much movement too soon, they could buck, possibly developing a habit that persists the rest of their riding careers.

My husband recently started a very sticky-footed buckskin colt of ours named Oatmeal. I watched the first ride with a rapid heartbeat and anxiety in my chest, as it sure-enough looked like Oatmeal was going to buck. When Jim stepped aboard, the buckskin’s head went up, his tail sucked down, and his ears pinned back.

Yikes. And this was after plenty of groundwork by Jim, then me, then both of us. The colt gave all the signs of being ready to ride by his supple and willing handling of the groundwork maneuvers, but he definitely exhibited all the classic signs of bucking when Jim sat in the saddle.

So, Jim petted him. He petted his neck on both sides, his rump, his neck again and between his ears. He petted Oatmeal everywhere he could reach. After several minutes, Oatmeal’s muscles relaxed. The kink left his tail. His head lowered and he licked his lips.

That’s when Jim stepped off and called it a successful first ride.

“But, shouldn’t you get his feet moving? You didn’t go anywhere,” I asked.

“He doesn’t know the difference. In his mind, he was rode, and it was a good experience,” Jim replied.

Oh. Okay. So strange and counter-intuitive to all the colt starting propaganda floating around clinics and the Internet these days!

Jim rode Oatmeal a few more times that fall as a two-year-old. After several rides involving very little forward motion, his feet loosened up and he was loping around the round pen. Then he was turned out for almost a year. Last summer, Oatmeal got a couple more rides before being turned out again for another year. Now, he’s a stout four-year-old who is super easy to catch and saddle, and he is soft and willing when Jim steps on him and moves off. No broncy spots in this colt, thanks to a cowboy’s patience in waiting for his feet.

This is how Jim and Oatmeal spent their first few rides: just hanging out and relaxing. 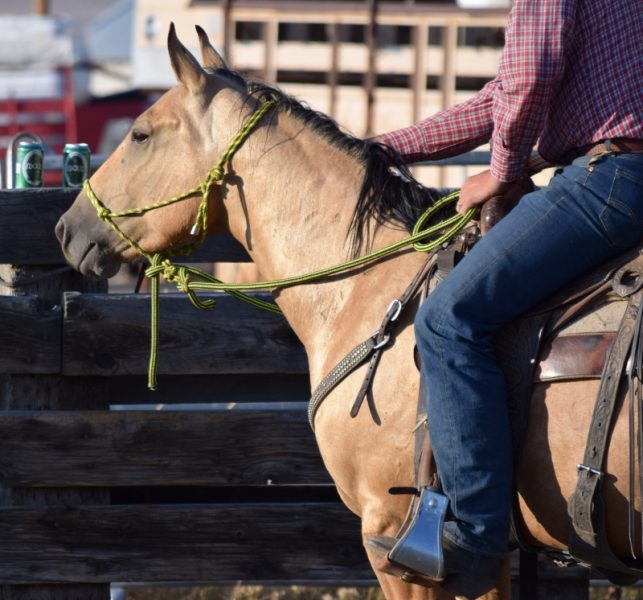 All that patience paid off – here, Oatmeal lopes around the corral with his ears loose and working. 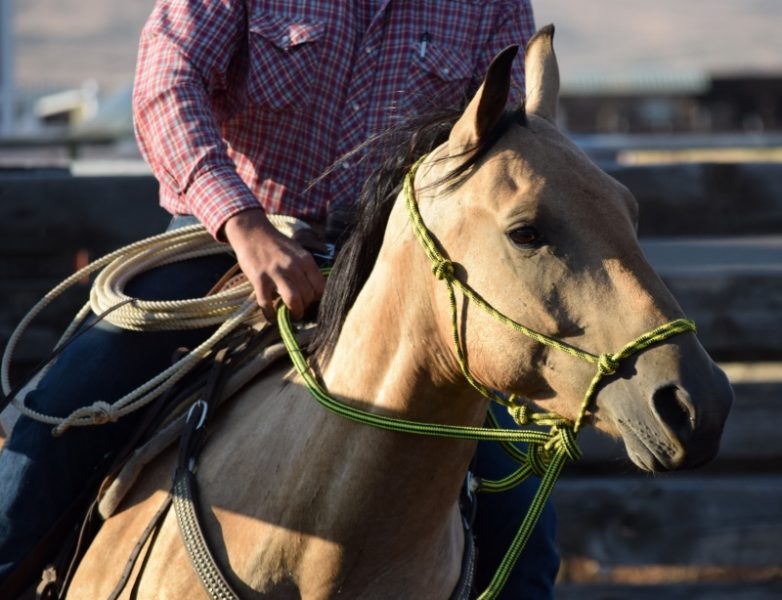 Ah, that’s what we like to see – a little sweat on a colt’s neck and a relaxed expression on his face. He is cruisin’ right along and seems to have the makings of a gentle, reliable ranch horse with no holes in his foundation. 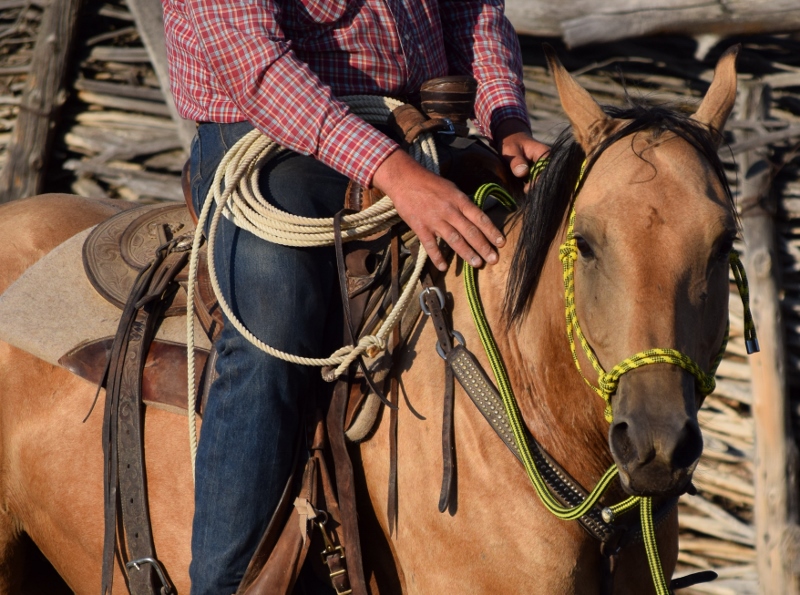 Next time you’re starting a colt, don’t feel pressured to get his feet moving ASAP. That works for some colts, but not all. Take the time your colt needs, and pay attention to his body language and the expression on his face. He’ll thank you for your patience in the end.