Since late summer we have had some game cams up down along the creeks and in a couple of big draws on the place. Our deer hunter friend provided them and we were glad to put them up, being curious as to what we’d see of the wildlife that traverses those routes. We know there are deer of course, but we also know there are coyotes, bobcat and a mountain lion that wander the place. We waited a couple of weeks to see what was captured on film.
Well, there were some deer. There were a lot of cow noses and grazing profiles. Apparently cows aren’t camera shy. There was a big coyote on one of them too. So far, no big kitties.
One game cam was set in a big draw with lots of trees. Being careful to locate it where the tree limbs wouldn’t set it off, it was a couple of weeks before we looked at the pictures. There were over 3000 pictures on it. Wow! Now that would be a lot of deer going up and down that draw! Wrong. 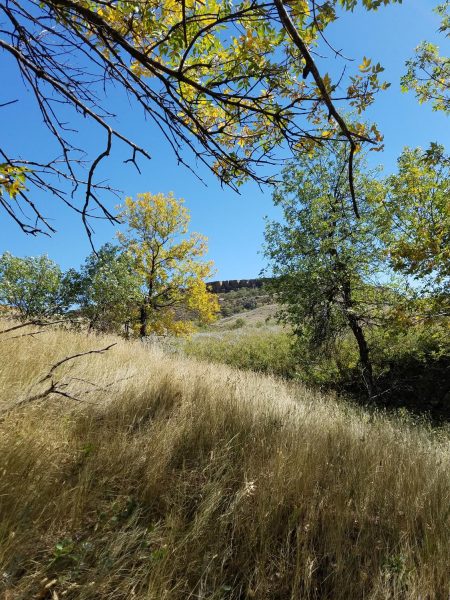 During windy days, which obviously there were plenty, one tree limb would swing into the camera’s field of fire and take a selfie. Lots and lots of selfies. Same tree limb, same leaves, slightly different leaf position.
It made me think of social media profiles. Some individuals just can’t get through the day without updating their profile pictures with, yet again, another selfie. Same face, same smile or duck lips, usually too much of their chest showing, same bathroom in the background. I just don’t get it.
Each time, though, true to form, the selfie’s “friends” all ooh and ahh over the picture, telling them how pretty they are and how good they look. Obviously, that’s why the selfie addict does it. Of course, it’s awkward when the selfie addict is a guy and his friends say that, but hey, whatever. Self esteem must be lacking in one who seeks that approval so constantly. I know one individual who uses those filters to diminish flaws. Well now, nothing vain about that! It’s possible no one would even know her if they saw her in person.
I apparently am not vain or something. I am what I am. Every gray hair, wrinkle, scar and sunspot was earned. There are more clear pictures of Bigfoot than there are of me. I’m fine with that. I think I have taken exactly one picture of myself and that was at the request of a friend. I was in full winter attire with only the center of my face showing and my cows in the background. Good enough. They knew I was still alive. If you’re waiting for a duck lips and cleavage picture of me, you’ll wait a long time. Besides, at my age, my arm isn’t long enough to get both in one picture anyway.
Social media brings a lot to light on the subject of human nature. Some of it wonderful, some weird, and some, well, duck lippy. It’s kind of like going to a big store or the mall and people watching, without having to leave your home. I enjoy my social media, of course, and keep in touch with a lot of people that way. Chronic selfie takers though, get weeded out pretty fast.

I’ve been thinking about it a lot and have been wondering if that tree up in the draw has some issues about it’s self worth. Should I go and talk to it or leave it to work it out itself. It’s hard to know. But really, nearly 3000 selfies in several weeks is a cry for help if I ever heard one. Enabling it’s habit wasn’t going to help it so we moved the game cam to a different spot. I hope that lovely ash tree gets it all figured out. I’m sure no tree whisperer.