The Story of Tuff: Part 1

I’ve told you about our horse Chavez, and I’d like to tell you about one other horse that compares to none other, Tuffy’s Connection. 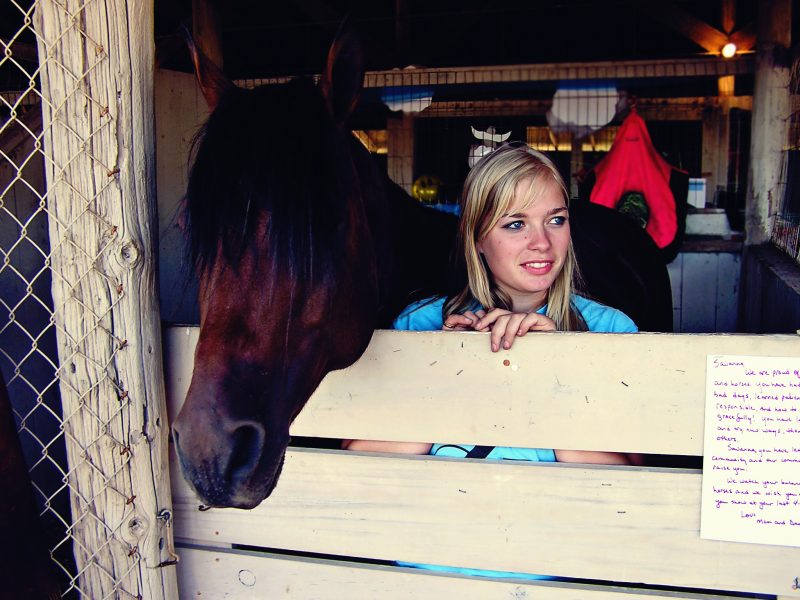 Tuff has been mine since 2006 and in my family since 2005. My brother started him in the winter, and took him out west for a summer to cowboy on him in South Dakota. Tuff came back really efficient at operating gates and long trotting. He could also spin a bit, but that was about it. He had no right lead, but he was a good, patient horse.

I had had a few horses prior to Tuff, and as a young teenager, I hadn’t done these two horses any favors. They were both pretty hot horses, and I left them a little worse than when I received them, but I learned a lot from both of them. It was time to move onto a new horse.

At the time I received Tuff from my big brother, I was mostly showing pleasure, but trail class was my favorite; there was some challenge to it; it wasn’t just going in circles at a syrupy-slow speed (I did that too, but enjoyed trail the most). I had hurt my back pretty bad running barrels, so that dream had fizzled out. On to new things. 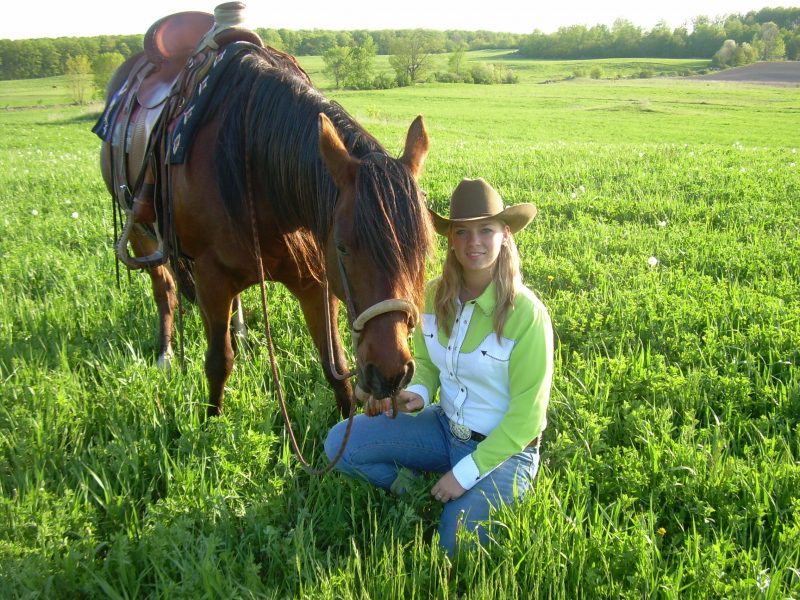 We did all of this in preparation for the county fair, which is really the only thing a teenager in Door County, Wisconsin, has to work toward with her horse. There aren’t cows to move or doctor, unless you care to rope the gigantic black-and-white kind, so the county fair is where we set our sights. I had help from many people in my county helping me get Tuff talked into using both leads, then further refining his abilities. He was always a little humpy when I first got on, and I knew how to perfectly talk him out of bucking (I only got bucked off of him one time, at the end of a drill team practice. I did get back on.) I got to know that horse better than I knew anyone in the world. He looked forward to spending time with me, and I him. 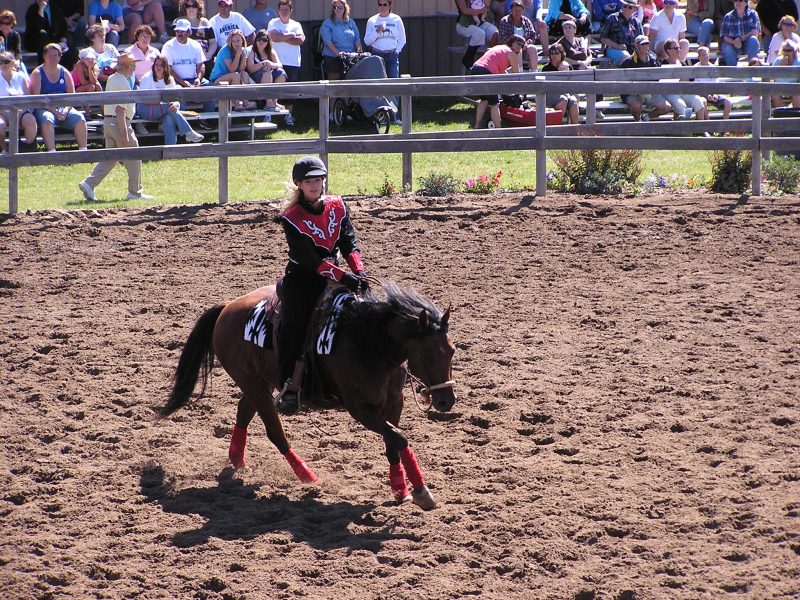 Fast forward to August of 2006, we went to the county fair as prepared as we could be. We had put in the hours together, but sometimes that only gets you so far. I refused to “pull” my horses long, beautiful black mane as the other girls did, trimming them to only a few inches long. I didn’t have the monochromatic outfits, with the matching shirt, pants, chaps, and boots. I had second-hand black suede chaps and a handmade-by-my-mother leather vest of black and my favorite color: lime green. My saddle was adorned with only a little fake silver and most of it was tarnished, but it was clean. I wasn’t sure how this would go, but there was nothing to do but try.

We started the day with halter. Not my favorite, but it was a good reason to get Tuff in the arena and around the other horses, get the jitters out. We didn’t do well. He’s no fine prize; his left leg is crooked, and he’s an ok-looking horse, but there were far better looking horses in the arena, the tall, lanky show type. It wasn’t a state expo-qualifying class anyway. 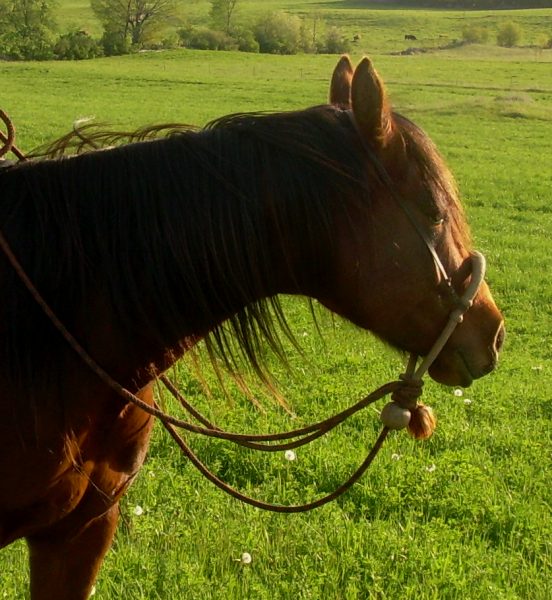 But showmanship, that was another story. We spent many winter and spring days running up the hill from the pasture to where my tack was stashed in the corner of the garage. Most of the time, I just looped his mane under his throatlatch and led him that way. We were one on the ground and when I was on his back. Again, it wasn’t my favorite class—I much prefer riding—nonetheless, it was one I wanted to win, and we did. In fact, we won every other class—even the English classes—that day up until trail.

I knew that trail pattern. I knew it by heart, but I asked a friend if I could see the pattern just one more time. My mom’s friend, a 4-H leader, overheard me asking for the pattern and tied into me. She was appalled that I would participate in trail and yelled in my face that my friend hadn’t qualified for state yet and that I was denying her the chance to qualify by selfishly participating in trail.

I did two shows per year as a 4-Her: the July open show that my county 4-H put on and the county fair. This was my time. I couldn’t help that others hadn’t placed. This was my first year with some semblance of success, and it directly reflected the hours I put in, combined with this gentle, kind, perfect horse.

When she let her hackles down, and let me go, I walked Tuff to the barn crying the whole way. I wasn’t going to participate in trail. I was a sassy teen and pushed the bill a little, but I was also obedient. An adult told me to hang it up, so I did.

She came back over to the barn after trail had already begun and re-saddled my horse for me. She did her best to make it right, but that was difficult. Tuff and I participated in trail and won. My friend who hadn’t qualified for state got third and wouldn’t even had qualified for trail, had I not ridden and won. It just wasn’t her year, and I’d been there before.

Watch for Part 2 of The Story of Tuff.