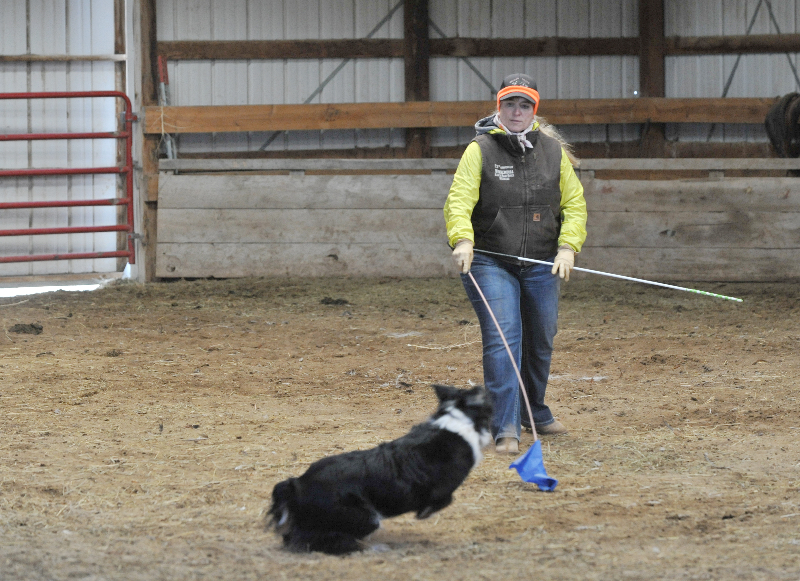 Robin uses sticks and flags to create pressure for dogs in order to send them in the proper direction or move them further away from cattle. She uses these tools to create pressure often before using words and commands. Photo courtesy of Savanna Simmons

Robin Brown, of Broken Circle Stock Dogs of Mesa, Idaho, raises and trains some of the finest working dogs. She uses them first for practical application on the ranch and also in a showing capacity. She travels the country offering clinics and lessons, and I had the opportunity to pick her brain about starting working dogs when she made the trek to Edgemont, South Dakota. Below are the tips Robin offered me to share with our readers. To read Robin’s story Seeing in Black and White (and Brown) on Tri-State Livestock News, click here.

Robin said: Most important is to raise that puppy to trust you. If you don’t have a trust and a bond in a dog, it’s not going to want to please you. So letting that puppy be loved, letting it be a puppy, a respectful puppy, teaching it a little bit of obedience, having it be respectful to you, you being respectful to the dog, that is the most important thing in getting a dog to start. 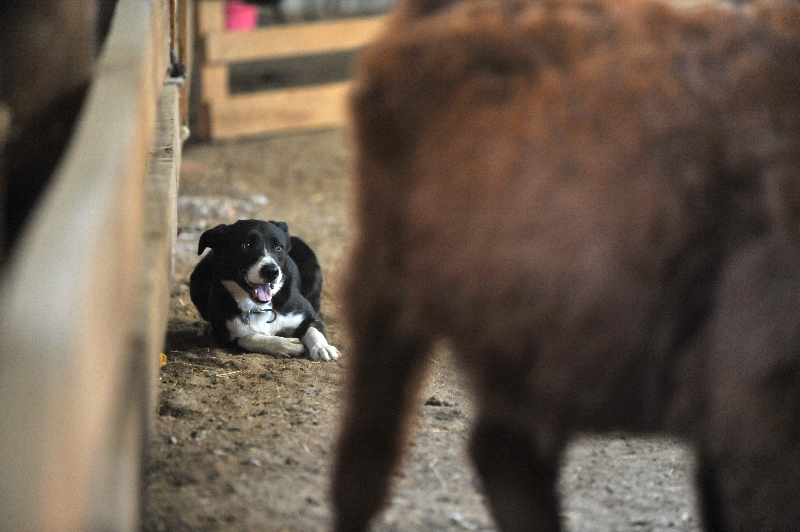 Once the dog is ready to work cattle, you’ve already established that respect between you, so those dogs want to please you. When you’re training them and putting pressure on them, they’ve learned to accept the pressure just from you raising them as a puppy, just by you saying, ‘No’ or ‘Good dog’, so that puppy is a lot easier to train.

When you’re raising a puppy never let them watch stock, because they develop bad habits just by watching. Always protect your puppy, keep it penned up or in the yard, unless it’s with you. Treat it like a three-year-old. You wouldn’t put a three-year-old on the back of a pickup without a car seat. 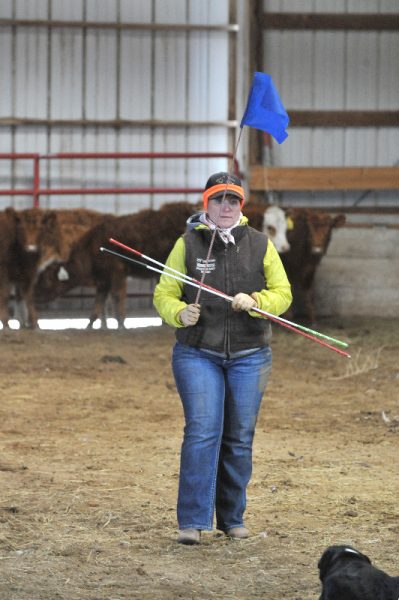 Reward your dog when he does good things, give him corrections when he does bad things. The reward means more to them than the correction, it has to be a balance. If you correct them, when they correct themselves, reward them for it. A lot of people never reward, and the dog never thinks, “Hey, I did good.”
Always be the dominant figure in your dogs life, and you can do it. Always be fair to the dog, and be fair in your corrections. Don’t do a huge correction for doing a little thing wrong.

There are indications when the dog can move into a bigger pen. In the first round pen, he has learned about the pressure and release and he’s ok with it, and he’s doing really good. Really good means he is listening to you and he’s looking up at you. You are part of the picture, the dog, the stock and you are all working in sync. When you need to stay in the round pen longer, it’s with a dog that is working for himself and doesn’t care that you’re there. I get a lot of those in training dogs. You don’t know how that dog was raised, a lot of times it was free range or that dog was in a pen all its life.

When Robin applies pressure to a dog, as she has instructed the student in the video to do, she often accompanies the pressure or correction with a growl. She will use that in place of a second correct. For example, if she asks a dog to lie down and it doesn’t, she will growl and lift her hands, flags, or sticks, as the subsequent correction. The video shows Dustin Luper asking his dog to get further out of the cattle’s bubble. If dogs are a little too intense, they sometimes won’t listen as well and push too hard if that bubble of space isn’t established.