Stallions Are All Business; Part 1

The ownership of a stallion is more than just owning a horse. There are risks and responsibilities involved with stallion ownership that most people never think about. Most people are also not capable and/or willing to do what it takes to manage a stallion safely.

The decision to have a stallion on one’s property should be given serious thought and many questions should be answered as to management of the horse. Some of the things to consider are whether the person is capable of handling a stallion safely; are the facilities adequate to keep a stallion, as well as other horses and people, safe; what is the reason for keeping the stallion; and is keeping a stallion financially feasible.

Anyone who handles a stallion should be a very knowledgeable horseman with the ability to read horse behavior and know when and how to discipline. If a person’s horses tend to push them around and run the program, that person has absolutely no business handling a stallion. If a person is not consistently alert and aware when working with horses, they can get hurt. If that horse is a stallion, it can be serious or even fatal.

The facilities for keeping a stallion are different than for horses in general. A stallion needs to be behind a safe barrier that can withstand the pressure of a stallion against it. Some stallions can tolerate having horses directly across a sturdy fence while others have to have a buffer zone to keep them from kicking, striking or trying to climb the fence. Stallions are generally pretty hard on fences as they do strike and kick at them when other horses are nearby. Horses on the other side of the fence will often do the same, so the construction of the fence and upkeep are critical. 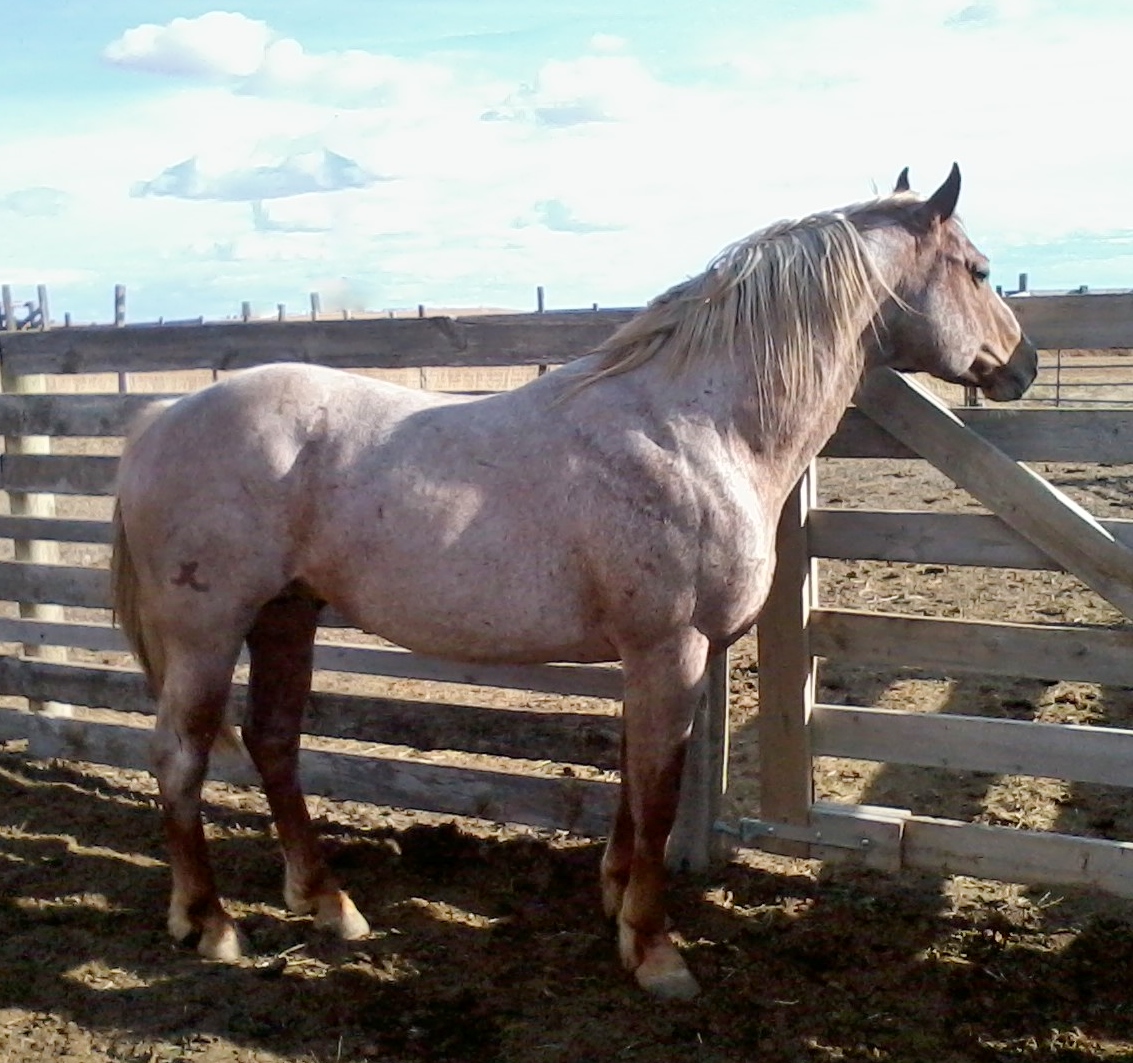 A stallion enclosure needs to be safe for the stallion and anything on the other side of the fence from him.

The objectives for keeping a stallion are as varied as the stallions themselves. Those in the breeding business will have a stallion if they have enough mares to warrant using their own horse. If one is only going to breed a handful of mares each year, it can usually be more cost-effective to just haul the mares to someone else’s stallion to be bred.

The poorest reason for keeping a stallion is because a colt has grown up and is still entire. Someone has a mare or two and so they decide that they can just raise a few colts and the young stud is kept around to do the breeding. The owner thinks he will stay as nice as he is as a yearling or two year old and don’t understand how he is going to change as he matures. As time passes, the horse can become more aggressive toward the owner, other people, and animals. The facilities aren’t adequate and he becomes a danger to everyone and everything around him.

Stallions are complex animals and their behavior is different than horses of other genders. They are very territorial and want no interlopers in their space. They mark their territory by making manure piles and marking them by urinating and defecating on them daily and patrol the perimeter of their enclosure, whether a pen or a pasture. They will usually threaten anything they perceive as an intruder and will attack if they feel that it’s necessary. The attack can range from a noisy display and posturing to an actual physical attack with mouth and feet.

A stallion’s entire focus is on breeding and during the breeding season can be even more aggressive, agitated and unpredictable due to increased testosterone levels. They are not only very visual creatures, but also have a highly developed sense of smell, so can detect scents on or around people that the people aren’t aware of. The stallion may react in a very aggressive way as a result, even if the person doesn’t think it’s something important. Anyone handling more than one stallion should be cautious as one stallion can smell the scent of another stallion on clothing or skin and react as if the other stallion was there instead of the handler.

What people inexperienced with stallions don’t realize is that a stallion is working to be dominant all of the time. He may be a gentle, quiet horse, but he is still pushing all the time to be the one in charge of everything around him. In the wild, a dominant stallion has the most mares and the largest and best territory, so it’s natural for a stallion to have this same instinct even if he lives in a stall or paddock.

Stallions are always “on”. They never take a moment off, so it is imperative that anyone handling them always be alert and never let themselves be distracted or not feel like staying in charge. A stallion can “flip the switch” so fast that even an experienced handler can find themselves in a dangerous situation. The stallion may not be targeting the handler, but can hurt anyone who happens to be in the way. 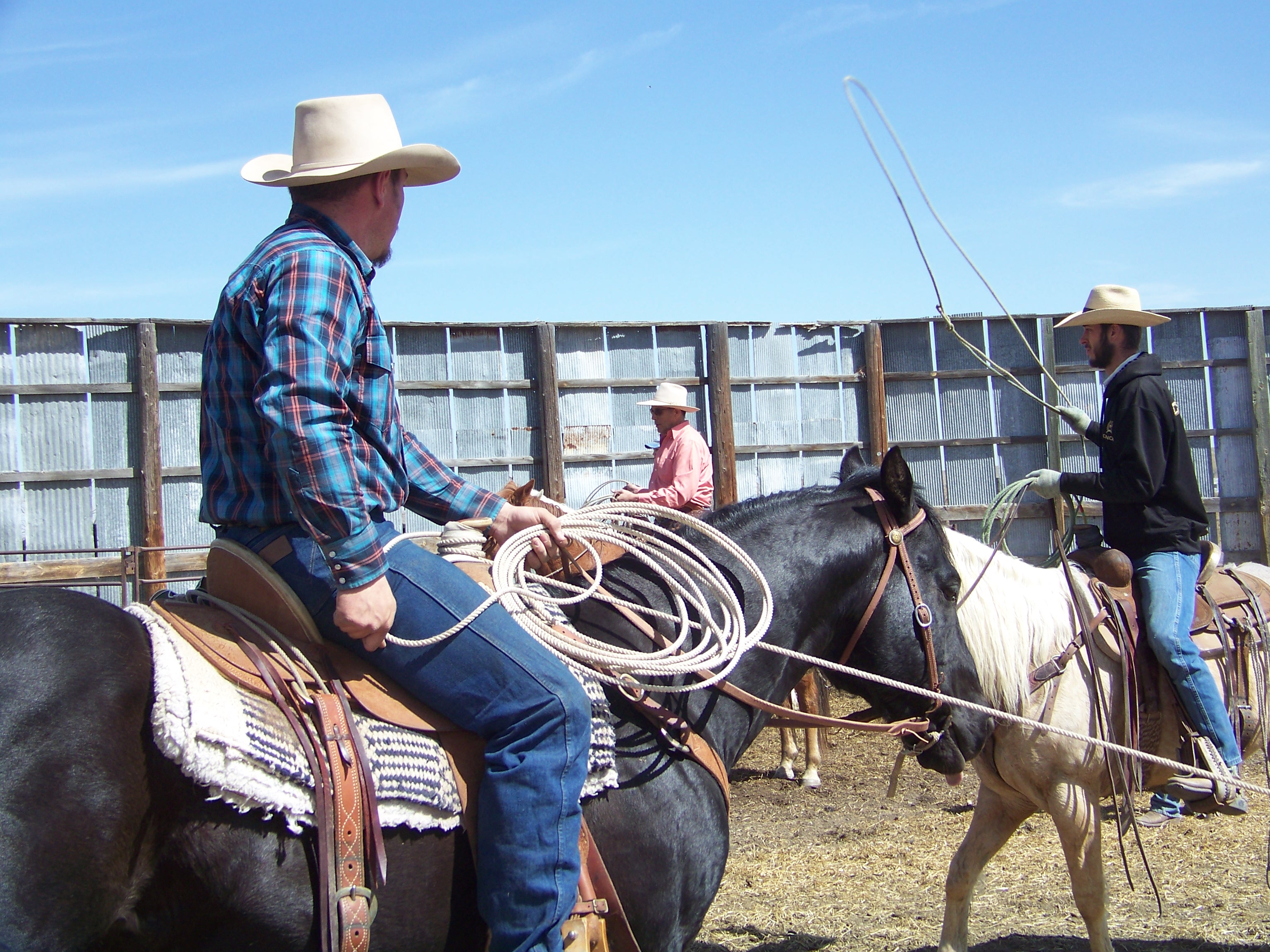 This stallion is aware of the other horses in the branding pen but is still focused on his rider and the job at hand. Keeping that focus is much easier than trying to get it back.

In wanting to be dominant, a stallion is constantly pressing for the advantage. He is ready to invade the handler’s personal space if the opportunity is offered and will subtly do so if the handler allows it. A person must be diligent with discipline and never allow the stallion to be pushy or disrespectful. He will remember it the next time and press even harder.

At feeding time, a stallion will perceive that he is driving a person away from the feed if the person simply feeds the horse and walks away as the horse approaches or starts eating. A better method is to make the stallion stand back and wait, and then walk the horse away from the feed as the person leaves the area. All horses benefit from this treatment, but in stallions it’s a safety concern to ever let them believe that they have controlled you and pushed you away. Small behavioral problems escalate into major ones rapidly with stallions and what may not seem like anything at all to a person will be perceived as a sign of weakness to a stallion.

Stallions also perceive the handling of their feet and legs differently than mares or geldings, as well as the action of mounting the horse to ride. When stallions fight they bite each other’s legs in an attempt to get the other horse lower than they are. A stallion rears up and places himself above the other horse to not only push him to the ground but to establish dominance. When a person proceeds to handle a stallion’s legs and feet, the stallion may perceive that as the person trying to disable him, just as he would another horse. Once the stallion understands that that isn’t the person’s intent, they will accept it but care should always be taken when handling the legs.

When a stallion is being started under saddle he may react very violently to a person stepping up in the stirrup and being above him. His perception of it is that the person is trying to dominate him, and being a stallion he may react more violently than a mare or gelding would at the same stage of training.

Stallion behavior is easy to turn on and hard to turn off, so always be alert and thinking like a stallion would. A misunderstanding could prove very dangerous or fatal.