A pretty special horse is about to retire.

Shorty, a red roan gelding owned by Dane Pokorny and his parents, Brad and Paula, will make his final steer wrestling runs at the National High School Finals Rodeo in Gillette, Wyo. July 17-24. 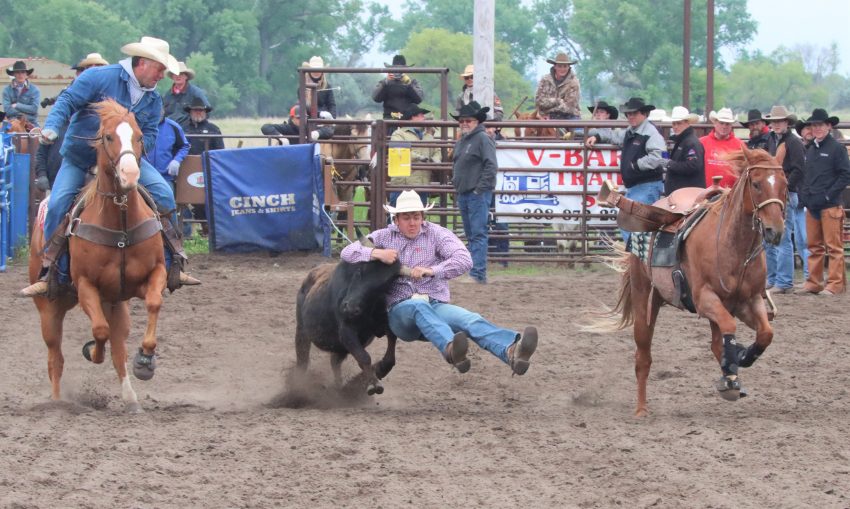 Dane Pokorny rides his mount Shorty at a 2021 Nebraska High School Rodeo. Shorty has won numerous saddles and buckles throughout his 15+ years of steer wrestling. Photo by Steph Miller.

Then it’s green grass and pastures for the mount.

Shorty is no stranger to fame. Before the Pokorny family of Thedford, Neb., acquired him nine years ago, he was raised by Dean Pelster, who considered him for ranch work but thought he’d be better suited for steer wrestling.

Pelster sold him to the Kasselder family of Ericson, Neb., and their son Jake rode him for college rodeos. Zane Patrick split a Nebraska high school steer wrestling championship on him in 2017, and two years later, Dane’s brother Cauy won a state title on him. Then in 2021, Dane won a state title on Shorty, and this year, finished as reserve state champion and is headed to his fourth National High School Finals.

The Pokornys don’t know how old Shorty is. They estimate he’s in his upper twenties, although they have no registration papers to prove it.

He doesn’t act his age, though. If Dane hasn’t been on him for a while, the horse can be hard to catch. “When you go to catch him to ride him, he acts like he’s four,” he said. “Sometimes a switch will turn on and you’ll have trouble catching him. Other times, you can walk right up to him.”

The horse isn’t acting up, he said, “he just knows he’s smarter than most. He’s old and wise.”

The Porkornys make sure he’s well taken care of. Paula gives him plenty of grain in the mornings, and he doesn’t look his age.

He can be grouchy at times, Dane said, but he’s earned it, Dane said.

Shorty will make his final steer wrestling runs at the National High School Finals, then get turned out to pasture.

Dane will attend Laramie County Community College in Cheyenne, Wyo. this fall and compete in college rodeo, on a different horse. 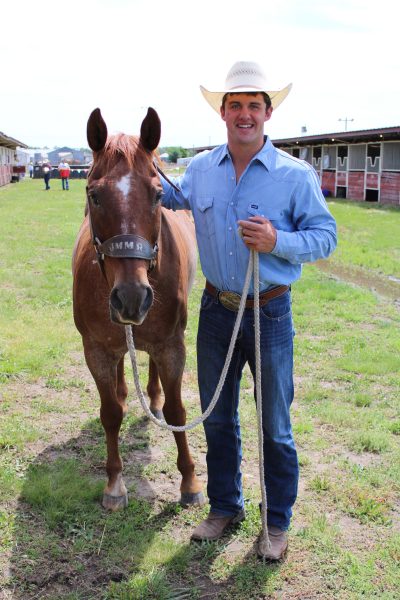