When I was a kid, my neighbor told me about the rock parties her family used to have. They would invite their friends over, head out back behind the house, and pick rocks from the arena. Ha! I decided to have a rock party with my own kids this past winter, but we didn’t invite their friends. I’m not sure what the modern laws are regarding extending unpaid child labor to other people’s children, so I decided to proceed with the project with just my own offspring.

The kids were super jazzed up about collecting rocks, and I was glad, because our arena had a LOT of rocks. They were concentrated at the north end, so we started there. Each child was given a small bucket, a pair of gloves, and instructions to dump full buckets of rocks into the centrally placed wheelbarrow. My 7-year-old daughter really took to the task and filled bucket after bucket. My 4-year-old son wore a Power Ranger costume and practiced throwing rocks into the wheelbarrow until he got benched for hitting Mom on the side of the head. My 1-year-old son mostly sat on the ground and ate dirt.

Here’s part of my work crew. Levi is putting something into his mouth that he’s not supposed to, and Grace is dutifully collecting rocks. 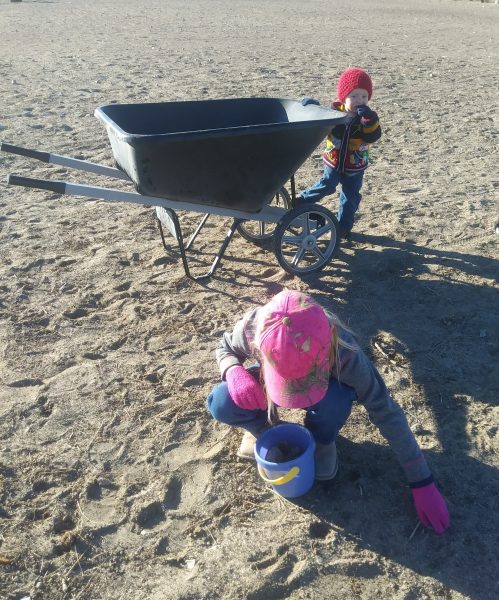 I explained to Grace that removing the rocks would make the arena a much better place to ride her pony. It would make it safer for her pony’s feet and provide a better surface to practice barrel racing and goat tying, her two main rodeo events she wants to try out this summer.

Grace told me she was proud to make the family arena look better and glad the horses and pony wouldn’t get their feet hurt. 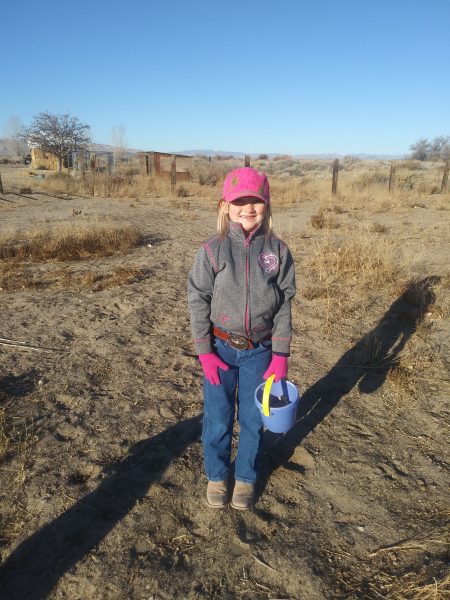 I told her I was proud of her for helping with a hard, un-fun chore. All the kids worked so hard that I took them to the toy aisle at Walmart and let them pick out a reward of their choosing. We spent most of our spare time in January working on our arena, so those kids earned their rewards.

I dumped the removed rocks into potholes in the driveway. It will help the rainwater to drain better, plus I feel fancy when I hear the crunch of gravel beneath my tires.

Levi especially enjoyed placing the rocks individually into the potholes. 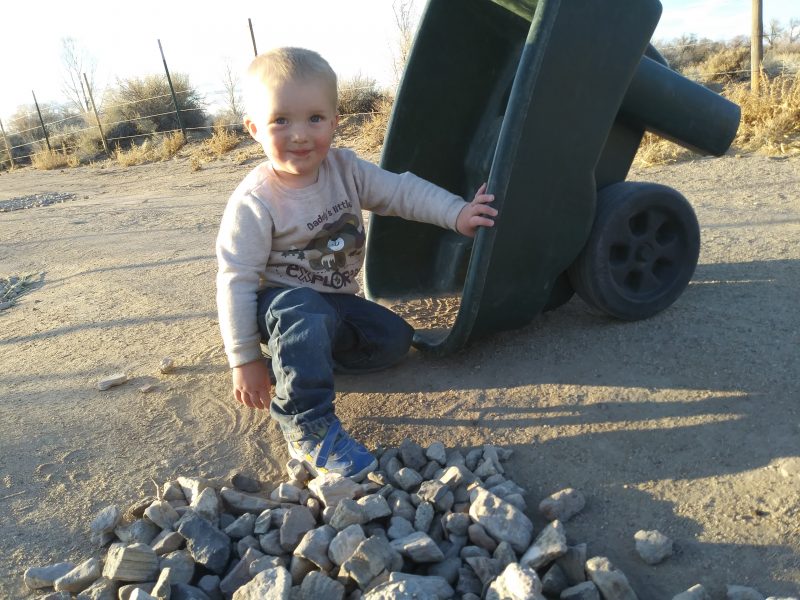 With so much of the country currently sticking close to home for the foreseeable future, having a rock party (or other home/ranch improvement project) might help pass the time. It’s exercise, property improvement, and family togetherness all rolled into one activity. Now, get out there and rock out.