Wait, that’s not quite how the classic Johnny Cash song goes. Must be a remake from the (in)famous Luke Beaumeister, who currently buckaroos at Nevada’s Maggie Creek Ranch and used to buckaroo at all the other ranches in the Great Basin.

Luke made up the song for fun, but he makes a sound cautionary point about not wanting to get caught in a bad rimfire. In cowboy lingo, a “rimfire” is when the rope gets under a horse’s tail, as shown in the picture below. 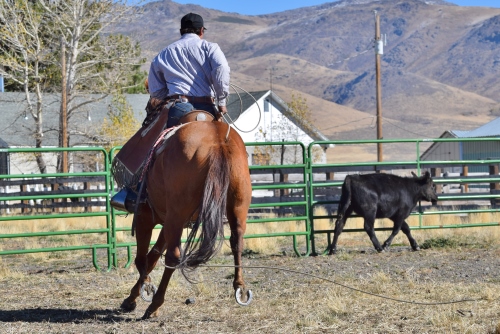 This can happen at brandings or when roping in other situations. The rope winds up in the wrong place when the horse or cow turns unexpectedly, or when another roper is having trouble with their horse and moves cattle in the wrong direction.

When the rope gets under a horse’s tail, he is said to be “rimfired.” Usually, horses panic and clamp their tails down really tightly. They often buck or spin around or act otherwise erratically in an attempt to get free of the rope. But, these equine efforts don’t work, because their muscles don’t relax enough to loosen their tails.

If the rider has something roped, letting go of the rope is usually the worst action he can take. This causes the cow to pull the rope out from under the horse’s tail. It sounds like a good deal – Hey, he’s free of the rope! – but it essentially gives the horse a rope burn the entire length of the rope. This can be 35′-90′ of rope, which, as you can imagine, hurts really badly and causes more trouble for both horse and rider.

Here, Junior’s horse was hopping a little bit to try and get the rope out from under his tail. He didn’t buck, but he was sure bothered and tight because of that rope. Luckily, Junior didn’t have anything necked on the end of his rope. This guy doesn’t miss very often, but this was definitely an opportune time to throw an unsuccessful head shot. 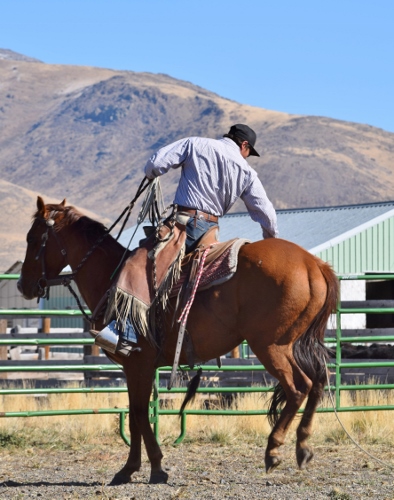 Junior stopped his horse and tried to remove the rope with his hand. 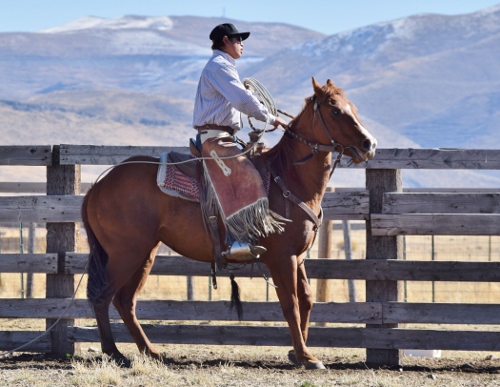 That strategy, though a good first option, didn’t work. So, after a couple minutes, Junior aimed his horse for an open spot in the pen, then set the iron to him to get him to move off quickly.

That tactic worked! The gelding took off at a lope, causing his tail to loosen and the rope to drop out. 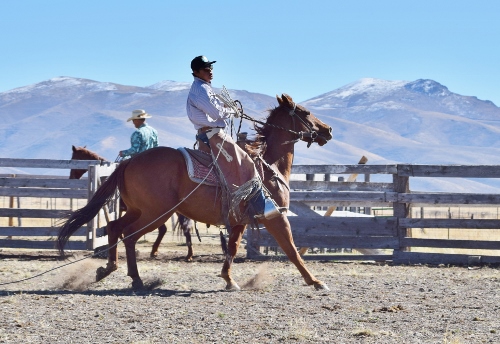 Then, Junior re-built his loop and necked the bejeebers out of the rest of the cattle.

Hopefully you never find yourself rimfired, but if you do, it’s nice to have a couple options in mind to get yourself out of this jam. It’s a sticky one, but a little forward thinking can head off a worse wreck.