Riding With The Greats: Ray Hunt

Whenever I saddle up, I ride with some of the greats. I was blessed as a teenager and young adult to ride with some spectacular horsemen including Ray Hunt, Jack Brainard, Bryan Neubert, and more. I have gleaned a portfolio of particular styles or set of exercises from each that I flip back to whenever I ride and need the help.

Ray Hunt is that enigma horseman, so intriguing. I rode with him when I was 15. Whenever he’s come up in conversation, I hear mixed reactions of he’s so great, or he was daring. He was both, in a really wonderful way. He cared more about what the horses thought of him than the people aboard them. That’s not to say he didn’t care what the people thought, but he was there first for the horses, and not everyone knew how to react to that. 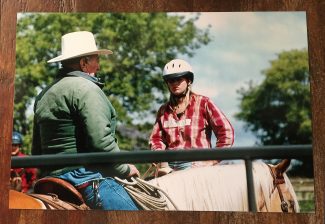 We rode with Ray in a 4-H setting, made possible by my friend Wendy Woldt, and I was at the top-end of the age group. I told Joe Wolter in a conversation one time, that I wish my horse had acted up more so I had the opportunity to work more with Ray, but alas, tis too late. So I actually gleaned more from Ray by watching him ride Wendy’s palomino mare, Brambleberry. He sat astride her all weekend chanting at the humans to soften themselves and let their horses be. Very rarely did he pick up on his reins because he accomplished so much just by using his body there was little need for his reins.

Whenever I hit a road block with my broke horse and he gets to feeling heavy, I, within secure perimeters, either tie my reins onto my horn or drop my bridle and ride without my hands. To begin with, I would ride with a rope on my horses neck to guide him, but now I ride with nothing on his head. This accomplishes one goal: it keeps me honest. Well, and humble.

Ray would occasionally ride colts this way for the first few rides.

This probably isn’t for everyone. You won’t accomplish the goal at hand if, when you remove your bridle, your horse discovers he has the upper hand. If you and your horse are at a place where you are working together though with small hitches, this is an interesting experiment and exercise. Not everyone is at that place where riding becomes better by dropping this big cue.

My horse gets heavy and doggy because of me. So at those times when he feels that way in my hands, I consider what Ray would have done, and he would have told me to get out of my horse’s way. So many times, I am pestering my horse and constantly asking things that he would have done anyway, without my badgering him.

When I do put my bridle back on, and keep in mind my lesson to correct my hands and get out of my horse’s face, my ride becomes smoother and better and my horse happier. Ray was out there, but by putting himself out there he achieved so much more with his horses than the person who is concerned about looking a certain way in front of people that it actually inhibits their progress. 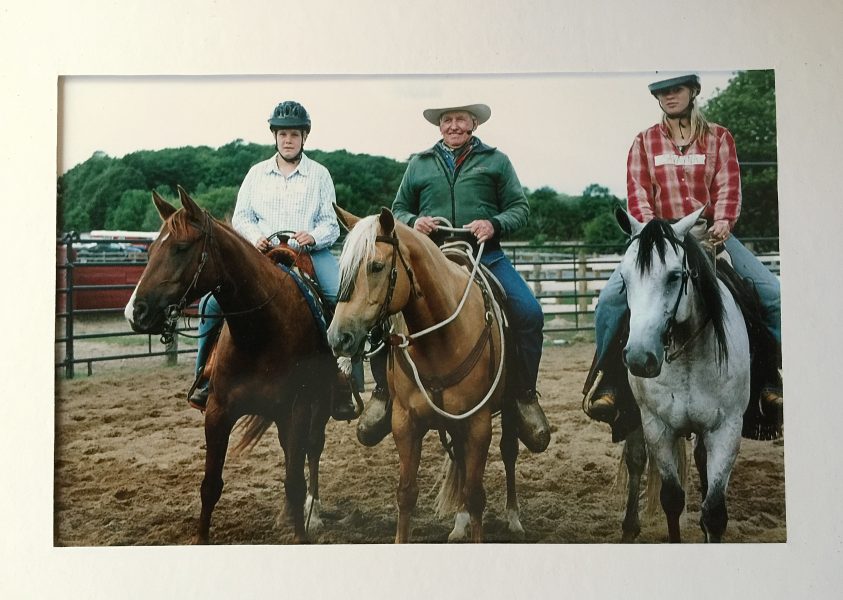