To the Rescue: Part 1

As I was combing Facebook for sources to talk to for a story about the state of fires in Western States last month for Tri-State Livestock News, I stumbled across an individual who selflessly took in 25 horses that were in fire evacuation zones and in need of rescue. Ashley Mershon, who has a small boarding facility in Sandy, Oregon, used her own resources to accept horses that were in the line of fire, literally. Their location, between Corbett, Oregon, and Sandy, was in no direct threat, making her facility at the base of Mount Hood ideal for creating a safe haven.

“There was a huge community outreach as far as evacuees goes, because of my roots in Corbett, I was able to do it on a personal level, taking horses for friends and or family,” Ashley said. 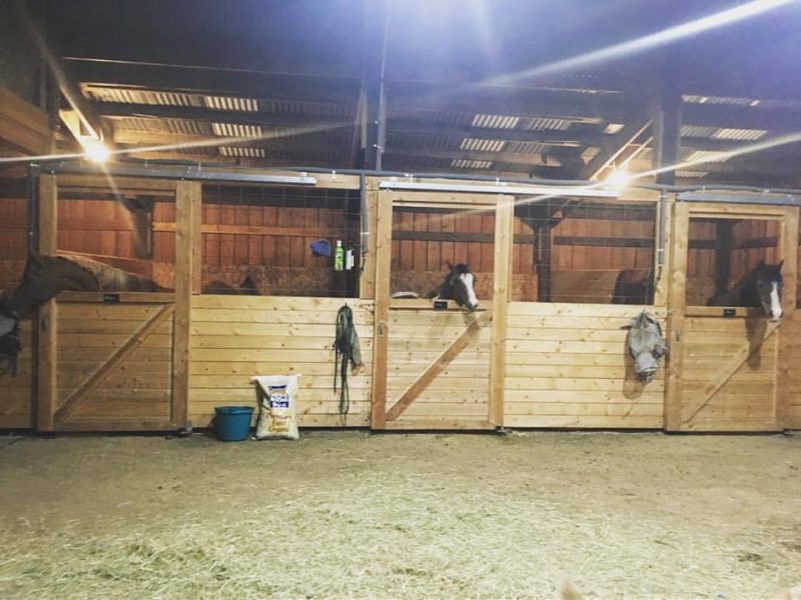 She housed horses from five different owners, a few of which were double evacuees, so they had to get out of danger’s way more than once. Horses and other livestock were evacuated in level two or level one zones. Evacuation was not required in level three or higher. One of the horses that Ashley housed belongs to a firefighter, who at the time the horse arrived wasn’t actually in a level two zone, but went on the fireline and couldn’t be certain of changes while she was off fighting fires.

“When horses were showing up, there was quite a bit of smoke in the air, but the people bringing them said it was almost like breathing fresh air for them,” Ashley said. “We still think we had way too much smoke.”

The horse owners planned in advance and brought hay for their evacuated horses; Ashley didn’t have to feed any of her home-raised hay with the exception of feeding a little more to her own consolidated herd, making room for the incoming horses. Ashley said she wasn’t the only one who took in outside horses; a friend of hers just down the road took in eight horses, all of which were owned by different people. 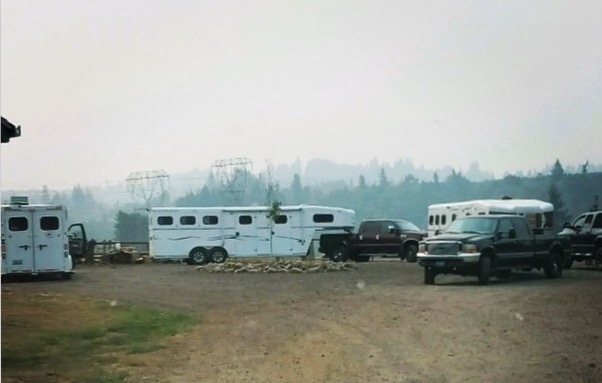 Most of the fires this fall have been extinguished with the snow and rain that blanketed Montana, Idaho, and Oregon several weeks ago, providing relief for livestock owners and firefighters, though for many, the pain is far from over. California has newly burned areas that came through this month, and charred pastures and hay stacks in so many states will affect producers for up to a year, or more if they don’t get good rain in the spring. Please consider donating to local fire relief efforts to aid those ranchers who are still aching. Search Facebook for many pages that can direct your efforts to where help is needed most.

Ashley and her husband Travis operate a small boarding facility called Red Raven Ranch. She trains colts and breeds on a small scale. She also works for a large cattle operation.