In the reining horse world, horses and riders are expected to perform at a certain level of expertise. In the high school division, the level is adjusted appropriately.

Leeway is given to the youngsters, and judges give advice after performances to encourage improvement. Everybody involved seems to be focused on helping the kids gain some experience so they can be successful.

That concept rings true most everywhere in America. Except in one small district in Idaho.

Kids in the reining horse competition showed up bright and early Saturday morning ready to compete. It would be the reining pattern first, followed by the cow work.

The first competitor completed his reining pattern and nodded for the cow. Or at least he thought he was nodding for the cow. The gate opened and out ran a horned bull! Head high and snot blowing in the air, he took a dive straight towards the horse and frightened little sophomore. 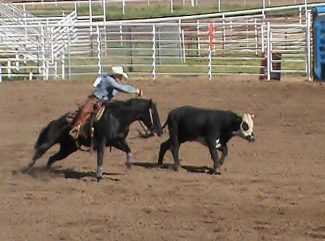 It became very clear to everyone involved that although high school rodeos are anything but typical, this was definitely not going to be a typical reining competition. The back pen was full of horned devils just like this ornery bull chasing the poor little sophomore around the arena.

The little sophomore was supposed to box the bull on the fence to show he had control of the animal, but somehow it looked all backwards. He spent his time dodging lunges by the bull who was apparently showing him who was boss. Little sophomore tried hard to run him down the fence and turn him but instead he was kicking and spurring for all he was worth to keep those horns from getting under his horse’s tail end.

He turned and gave it one more honest try as he attempted to turn the bull in a circle. Again, it was almost like watching a bull chase a rodeo clown. Those darn horns just came to close for comfort to that little sophomore so he finally decided to put some distance between his horse and that ornery horned devil. He sat back in his saddle on the opposite end of the arena and let out a noticeable sigh. 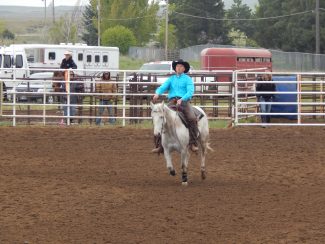 The judge blew the whistle signaling the completing of his turn. He turned his horse to leave the arena, but by George that darned bull wasn’t going to let him off easy! He lowered his head and gave him one final chase out the gate.

The rest of the high school kids just watched in horror. They all had to go through the exact same ordeal. Somehow it just didn’t seem right…horned bulls in a reining competition. 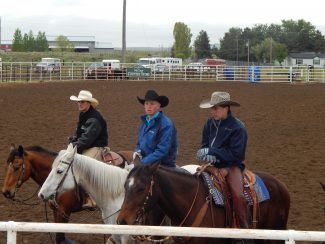 Well…come to find out, it wasn’t right. As always someone was trying to make an easy buck. The contractor was trying to get his bulls ran around and pick up some extra cash for providing the cutting animals for the competition.

It didn’t take long for a posse of angry parents to find out what was going on. They gave the man and his bulls the boot and rounded up some heifers for the next week.

So…moral of the story. If the bulls come to town for the reining competition, turn your horse around as fast as you can and nod for the gate! 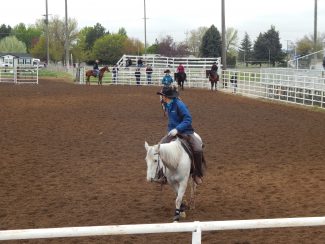