Q&A with producer of Cowboys, the film

I visited with Bud Force, co-director, cinematographer, and producer of documentary portrait film “Cowboys” set to premiere Oct. 25 at the Austin Film Festival. I will be attending the film’s premiere at the Working Ranch Cowboys Association World Championship Ranch Rodeo, and based on just the stills and clips shared on “Cowboys” website and Facebook page, I am excitedly anticipating an authentic representation of the lives cowboys lead every day, sprinkled with tinges of humorous and clever moments. Our very own Jolyn Young is in it as well, which I’m sure will be quite a treat. 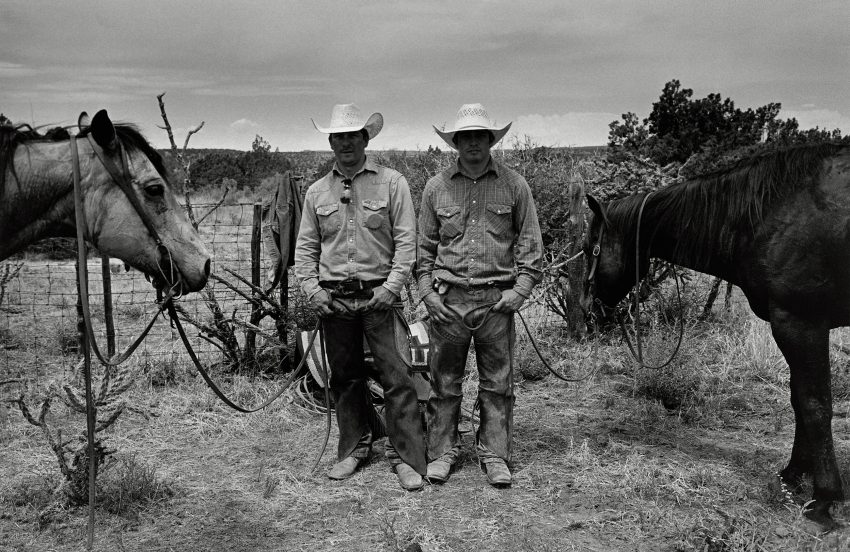 Without further ado, here are some thoughts about “Cowboys” from Bud Force with photos by John Langmore.

How did you decide the world needed a film like this?
Bud: I had never seen a documentary film on working cowboys that was both beautifully cinematic while being anywhere close to the realm of “authentic.” It’s a culture I’ve always loved and felt it deserved to have its actual story told.

If it isn’t your brainchild, whose it is?
Bud: I would not consider this film to be any person’s singular “brainchild,” but more-so a collaboration of ideas from three primary people: myself, John Langmore, and Felicitas Funke. We combined our knowledge, intellect, and specific skill sets to tell a rather elusive story about this American icon. 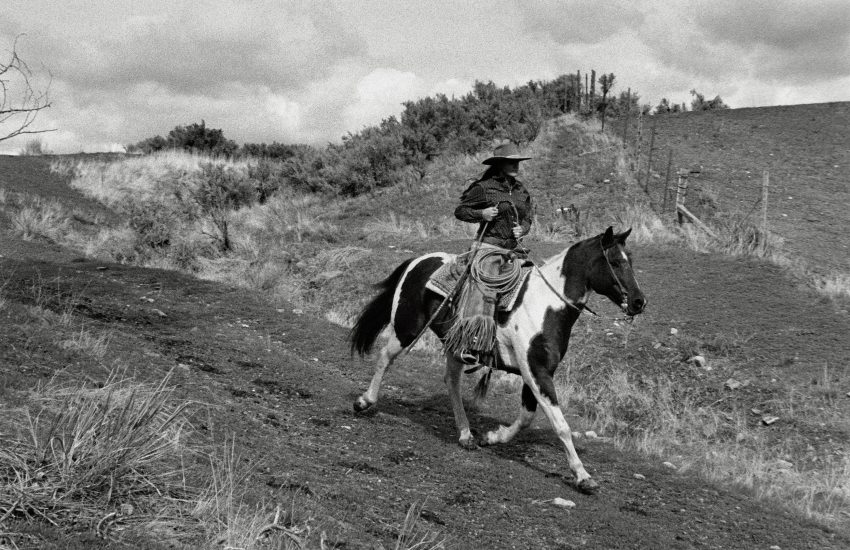 Where did the film get its start?
Bud: This concept for this film began in two different locations with two separate people who didn’t know each other at the time. I think John had entertained the idea while working on his cowboys photo project, but for me personally, “Cowboys” began while sitting in my living room in 2015 and landing on the idea of an authentic documentary movie about working cowboys. I had been wanting to direct a feature for several years, and the day I actually decided it was really going to happen was emotional. I told my wife, “It’s official; I’m going to make a movie and it’s going to be about cowboys,” and she thought I was a bit crazy (albeit supportive). I built a website for the movie and contacted Tom Moorhouse and Tongue River Ranch about spending a few days filming in West Texas. While working on the initial logistics, I would regularly tell my new office-neighbor (John Langmore) about my plans for the movie. We didn’t really know each other well at the time, but I remember at some point he could tell I was very serious about it. My ranching/cowboy experience at the time was limited primarily to Texas, so I purposefully visited John one day and asked him if he might be willing to partner on the film while using his contacts from his multi-year photo project to get inside the gates of ranches outside of the state. From there, we partnered almost immediately and self funded some small shoots to create a teaser we could share with potential investors. I edited the teaser over the winter, and we posted it to an encouraging audience. Once we had the film funded; myself, John and our small film crew spent the next two years filming each season on some of the largest cattle ranches in the west.

How did you choose the featured folks that you did?
Bud: John was instrumental in providing many of the characters in the film; however, on my end it was reaching out to some Texas ranches/cowboys that I knew with certainty would work for the film. My criteria for reasoning was based on the fact they would need to be working ranch cowboys with experience and personalities that would work on camera. Then, once we began filming, you could begin to tell which folks might benefit overall from further character exploration, such as Jolyn Young and Quirt McKay. 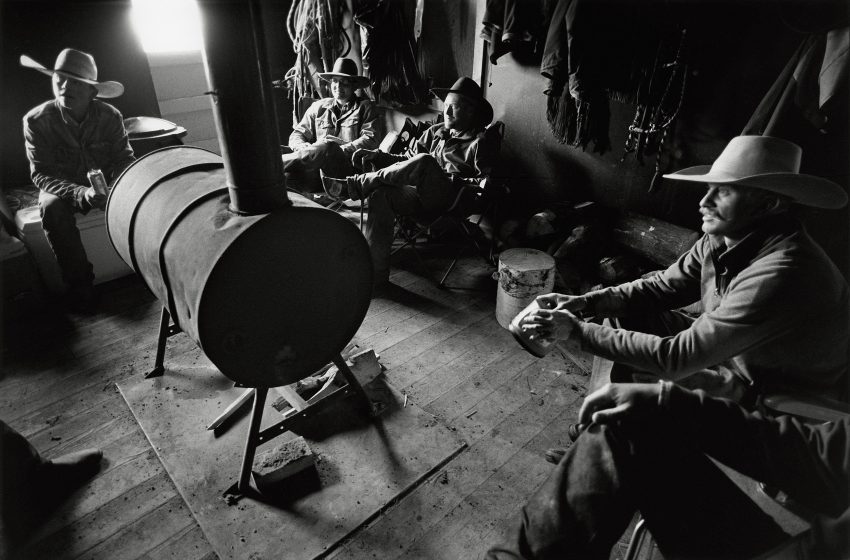 What do you hope is gained by this film?
Bud: I hope the general public, who may not understand the complexities of this culture, can gain an authentic understanding and appreciation of it in addition to the film being truthful to such an extent that working cowboys can watch it with full regard. I think it’s a regular disappointment for folks who live in this world to repeatedly watch cowboy misconceptions from the entertainment industry.

Who is the desired audience?
Bud: John always has a great response of “Anyone who has ever wanted to be a cowboy.” I love that and would add that the primary audience for me would be the cowboys themselves. The film doesn’t really mean anything if they don’t believe it to be factually correct. From there, I hope it’s anyone who either loves or is genuinely curious about this culture. 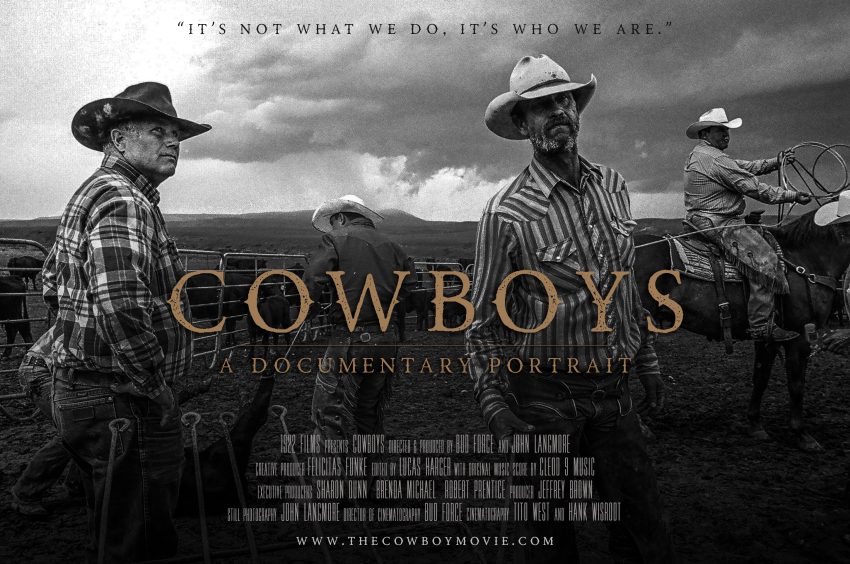 What was your favorite part or moment during shooting?
Bud: My favorite moment was one morning on Babbitt’s Ranches in Arizona. It was early morning, and I was sitting on a hill waiting to fly drone aerials over a large, 900-head herd of Herefords. It was a very western scene, and I remember telling myself repeatedly to appreciate the moment of it all. That scene from the hill was truly a once in a lifetime experience.

What can we expect when we first watch?
Bud: We attempted to structure the film in a way for the viewer to immediately recognize it is rooted in unadulterated authenticity. We also paired that immediate hit with a poetic juxtaposition that should seat the viewer with the fact that this is both a (hopefully) entertaining and intellectual film.

Where can we see the film?
Bud: Audiences will be able to view the film at festivals, select theatrical screenings, broadcast, streaming online, and DVD.

Comment below if you have plans to attend the screening of “Cowboys” or if you’ll be watching it from the comfort of home when it is out online.