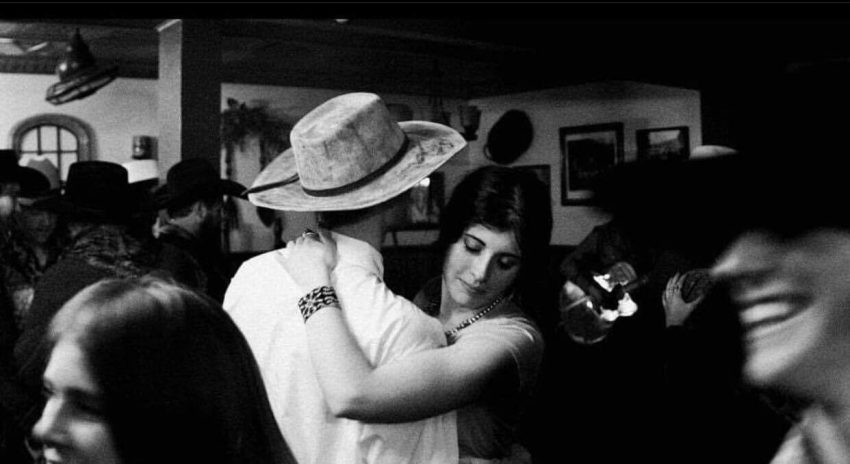 There is a cowboy music show that is growing in popularity with the working cowboys and cowgirls from near and far. It is called the Outside Circle Show and it is a darn good time had by all who attend.

I recently asked a few questions so I could let you know all about it.

CS: Please tell us about how Outside Circle started?

OCS: The Outside Circle was started in 2014 by Justin Reichert, a lifelong working cowboy. The National Cowboy Poetry Gathering had had a pretty profound effect on him as a young man of 18, but when he returned many years later in 2013, he was very disappointed in what it had become.

He felt that they had priced out working cowboys and their families, and that there was not an appropriate representation of actual working cowboys in way of individual performers nor the subject matter they were presenting as a modern account of life horseback. When he raised these concerns publicly, he was met by Gathering board members with the sardonic challenge of: “If you think you can do better, put on your own show”. He accepted the challenge and brought together a group of musically inclined working hands both known and relatively unknown to put on a free show for the working community. The owner of The Star Hotel tied it all together by offering the restaurant up as a venue, and so the Outside Circle Show was born.

Although it originally was meant to be a one-time effort in proof of point and principle, the working cowboys in the area showed up in surprising numbers to support the show, and after the show’s completion he was continually urged by those same cowboys and many other people within the ranching community to continue the effort. So, it was repeated the next year, and on into the present in that fashion, now 7 yrs running. 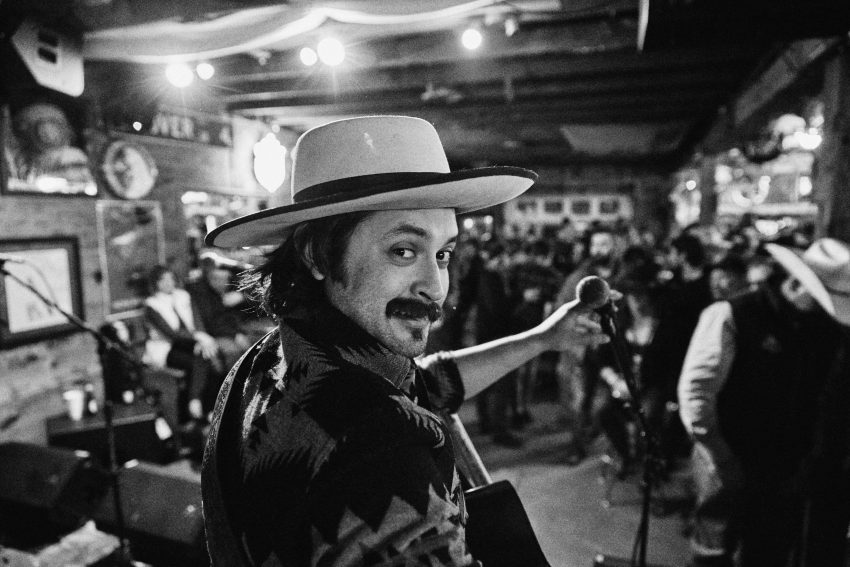 Photo of Antonio Marquez stepping up to the mic in Amarillo at the Goldenlight Cantina. Taken by Ivan Agerton.

CS: How has it evolved since the beginning?

OCS: The show has evolved as necessity has required it to. When funds ran short to put the show on, the idea of a fundraiser auction was put forth by a friend, offering the first auction donation to the show. Now, the auction is arguably one of the best and most well-represented online western art and gear auctions of the year. The close of 2016 would also bring Nicole Grady into the show’s evolution to help shoulder the responsibility of organizing and fundraising for the growing grassroots effort.

Although the reach of the show has grown considerably and larger acts have joined our forces, the show is still free, and still completely comprised of musicians that are either working cowboys, ranchers, or direct products of ranching families and culture. We have begun to accept requests to play elsewhere in separately funded events, both privately and also for individual entities supporting growing events such as the WRCA Finals in Amarillo, TX. 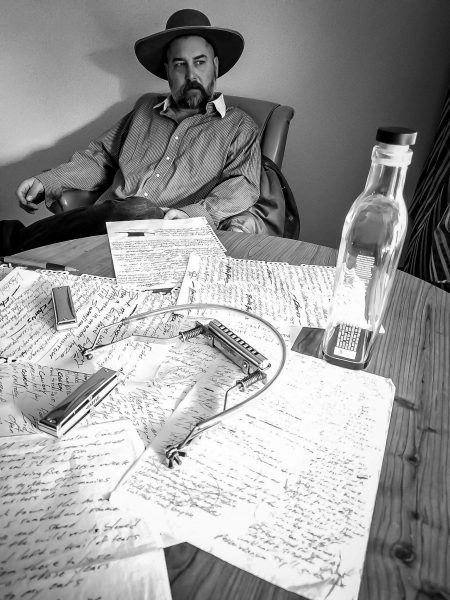 Justin Reichert on a rough morning at the Thunderbird in Elko. Taken by Luke Darling.

CS: Your favorite part about it?

OCS: The authenticity of the show and the commitment to it by the performers involved. These performers had not enjoyed the typical pay and accommodations of a working musician until a year ago. For the first several years, there were not funds for the musicians to be paid at all. The middle years afforded meager compensation. For the majority of the show’s history, these artists completely paid their own ways to make it happen.

When you consider that these musicians are working folks themselves, you begin to realize that that’s a lot more than most would give to play a show that at the time couldn’t “get you anywhere” in an industry that can be VERY self serving and usury. They cared enough about their agricultural heritage and communities to be active participants in building something for them and recognizing them. Now, we see them all contributing to the very auction that pays them. They consistently find new ways to surprise and impress us with their giving spirits. We are very, VERY proud of the artists that represent us, and we value their humility, commitment, generosity, and loyalty over all else. Their incredible talents and abilities are just icing on the cake.

The other major component that really keeps us going is the generosity and support of the makers, collectors, and western artists who contribute to the show. It is pretty humbling to see such incredible talents get behind this. It’s always crazy to see someone donate some beautiful item to the auction, and then turn around and bid on other items as well. It’s an awesome experience to make new friends throughout the process, and to stumble upon strangers who really “get it” and jump in to join the crew. It’s so incredible to look around your peer group and be able to say, “Wow, these people REALLY care about this, and they really support this in a way we could never be able to on our own”. It’s truly a big family effort, and it brings people together to honor a very important part of our country’s heritage, and that’s a great thing to see. 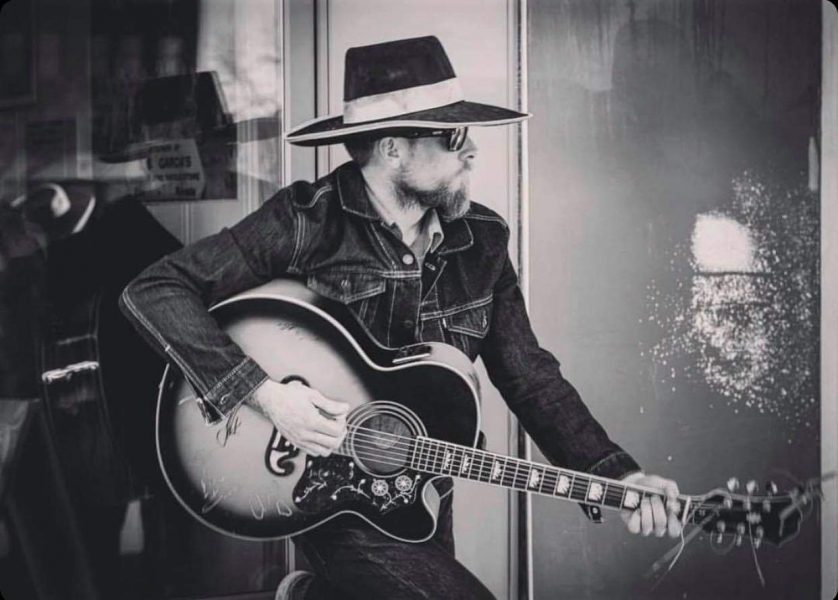 OCS: The future is definitely bright and we have a lot to think about. The music industry is a wild place and it can be hard to navigate if your goals are not selfishly motivated. We have already run into a lot of folks who would seek to capitalize off of the show’s recent successes without regard for the values and true meaning behind it. Our future plans are to hold fast, to stay true, to work hard, and to do our best to adhere to the principles the show was built on. We think if we can try and achieve that, the rest of the details will fall into place, just as they always have.

As always with these sorts of things, the future depends a lot on the continued interest and support of the community itself, so we hope if you like cowboying and cowboy music, you’ll come to The Star Hotel in Elko, NV around 10pm on 1/31 & 2/1 and show us some love. Be ready for a late night. We won’t quit til y’all do. 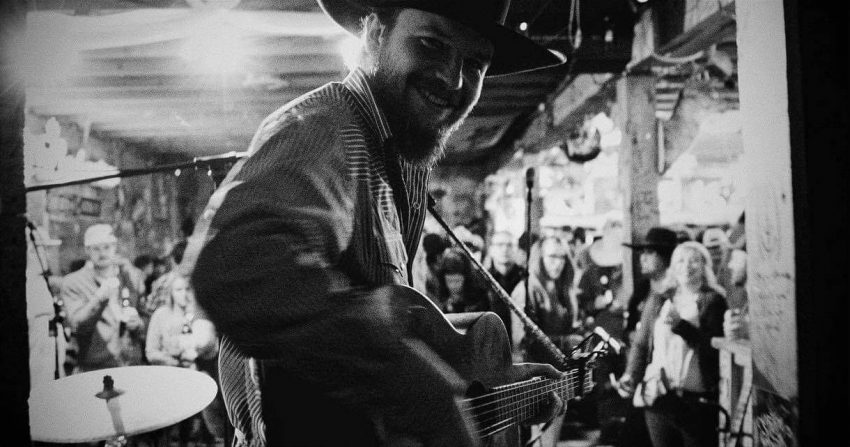 To learn more, bid on auction items, and keep up with updates please follow the Outside Circle Show Facebook page. 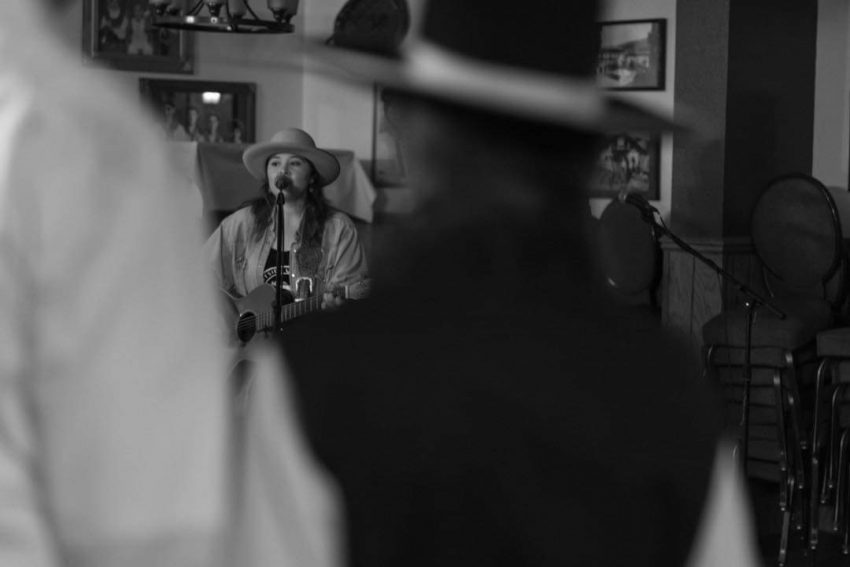 Shandee Allen from the crowd. Taken by Ivan Agerton.