Acclaimed photographer John Langmore’s latest photo book, Open Range, far surpasses all expectations of quality coverage of the working cowboy and his lifestyle. Langmore has long photographed ranches around the West, some of which he worked on as a cowboy in his younger years. His work is known worldwide for accurately depicting the American cowboy at work, leisure, and home – usually in a bunkhouse. 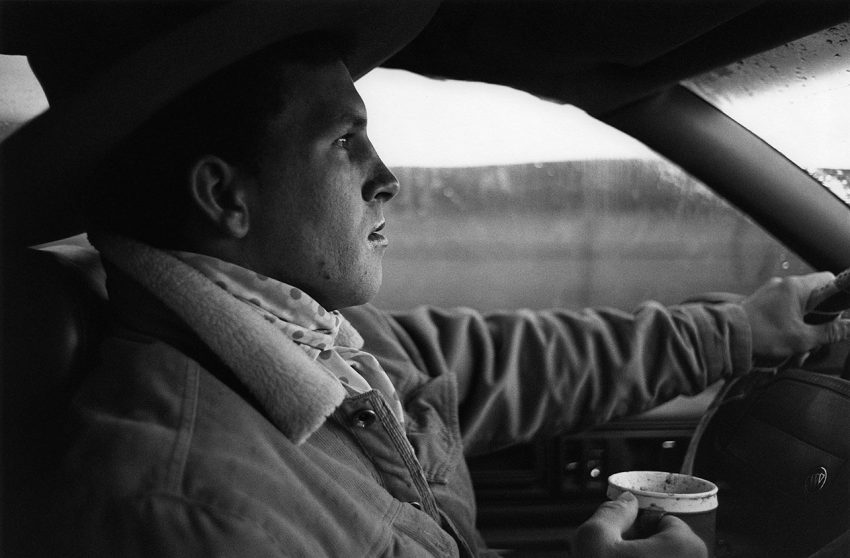 For Open Range, Langmore spent 6 years shooting all 4 seasons on 14 of the nation’s most historic ranches. Among others, he visited the O RO in Arizona; Tongue River Ranch in Texas; and the Padlock Ranch in Montana/Wyoming. While at these famous locales, Langmore used his analog camera and cowboy intuition to capture more than what meets the eye. A scene of two cowboys standing beside their saddled horses, covered in sweat and dirt, conveys the tiredness felt by all four. In another image, long-sleeve shirts and blue jeans decorate a tree while a nearby dirt tank welcomes a crew of cowboy-hat-clad swimmers. All his pictures were made with black and white film, a medium that preserves the timeless nature of the working cowboy’s lifestyle. 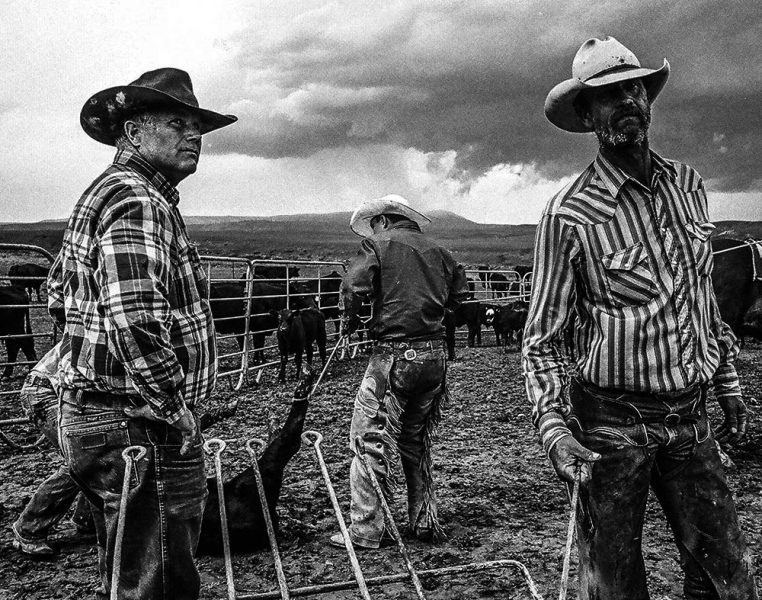 Included within Open Range‘s 144 pages are 30 pages of text that simultaneously educate and entertain. Langmore’s writing is rooted in his childhood summers spent working as a cowboy on a Montana ranch, making him uniquely positioned to tell the story of the modern-day big outfits. He hung up his spurs in his twenties, choosing to use his freshly-earned law degree to make a living. Throughout the ensuing decades, Langmore has actively maintained his ties to ranches and the cowboy community at large.

In his book, Langmore writes about branding calves, cutting colts, camping out with the wagon, running mustangs, eating in the cookhouse, and buck-offs he survived. He explains the modern cowboy code in a way that merits the cowboys’ approval and remedies the city slicker’s ignorance.

The next rule you’re likely to confront is more contemporary than traditional, as it governs the order in which horses are loaded into a trailer. First, deference is given to where in the lineup the cow boss or buckaroo boss wants his horse. You basically look to him to tell you it’s okay to load your horse…To understand the rule’s significance, imagine a bunch of siblings stuck in the back seat of a car kicking and biting each other with a thousand pounds of force.

The cowboy/photographer/lawyer deftly weaves humor into his stories as well.

Another time, I ill-advisedly got on a horse I had no chance of riding. He made that point by bucking me off in two jumps and then kicking me in the chest for good measure. Afterwards, Benny begrudgingly drove me to the Miles City hospital. After examining me, the doctor said that if the kick had landed a few inches differently in either direction, the results might have been altogether more disastrous. Benny dismissively replied, “Ah, those doctors always say it could have been worse.”

New technology…may alleviate the need for some long rides, but nothing can track a cow like a horse. And no amount of modern breeding can remove a cow’s unique ability to hide in a stand of brush or turn on a dime in an effort to undermine man’s efforts to control her destiny. 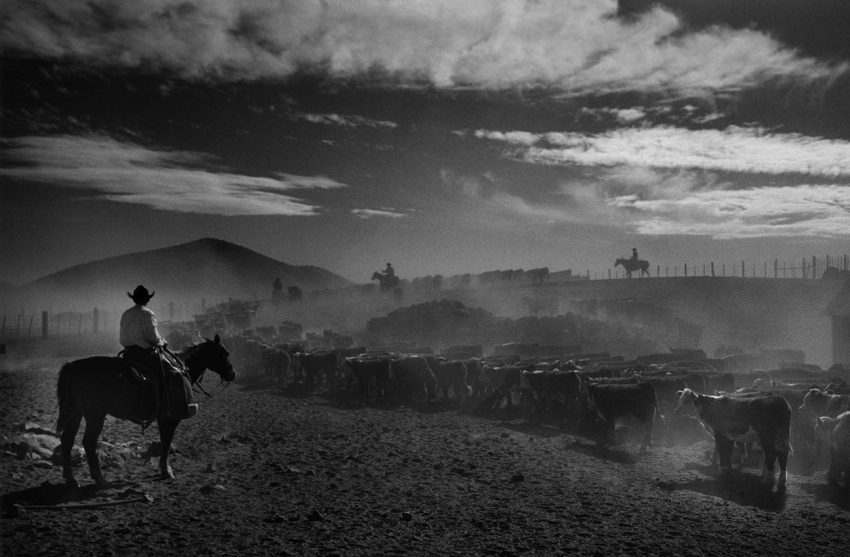 Some photos from this book also appear in the upcoming feature movie Cowboys: A Documentary Portrait, which Langmore co-directed with Bud Force. To learn more and watch the trailer, visit http://www.thecowboymovie.com.