One of the most influential bloodlines in pro rodeo began with a naughty mare in a riding stable in Detroit, Michigan.

When a brown mare started throwing her riders off, she had sealed her fate.

But the Zinsers, Jim and Maggie, of Clare, Mich., who at the time owned J Bar J Rodeo, stepped in.

They were unsure what to do with her, Maggie recalled. “Jim said, I don’t know what the hell we’re doing this for. She was this big pie-plate footed mare. She was monstrous with a big old long head on her. She wasn’t very pretty.”

Little did they know she would change their breeding program and influence the bucking horse bloodlines in pro rodeo through and beyond the present day. 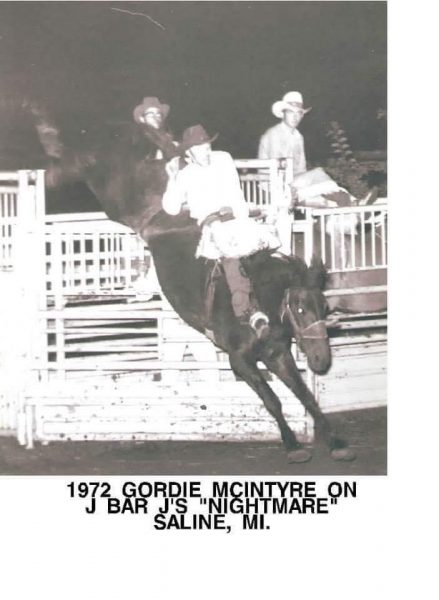 At that time, the Zinsers were IPRA stock contractors, and she did her job competently. They started hauling her to rodeos where she proved she loved to throw cowboys off as well as she liked throwing riding stable clients off.

Then Jim and Maggie decided to pull off a dozen of their best mares and put them in the pasture with some stallions. It was a tough decision, as their best horses stood at home while they rodeoed without them. But, besides buying Nightmare, it might have been the best decision they made.

From Nightmare and her fellow mares was born a breeding program that continues today.

Of the five, four were studs and were gelded. One of them, Nightline, was a mare. And from Nightline came another stud, Night Jacket.

Night Jacket has been prolific.

Of the more than 200 bucking horses at the 2020 Wrangler National Finals Rodeo, 32 had Night Jacket blood in them, with four as grandbabies.

Night Jacket was a “real gentleman,” Jim remembered. “He didn’t act like studs will act. The rule with studs is that they’re on and off with their bucking ability because a lot of times they have on their mind on something other than bucking. But he wasn’t that way.”

Night Jacket’s sire also has an interesting story. Named Big Timber, he was first owned by Johnny Morris, who died in 1998 after the plane he was piloting crashed while flying cowboys to a rodeo. The horse was then purchased by Hank and Lori Franzen, but when he wouldn’t buck, they sold him to Jim, who bred him. “Everything I bred to him bucked like all billy-hell,” he said. “I’d rather he bucked, but they don’t have to buck to complete the circle in genetics.”

When the Zinsers retired from the rodeo business, they sold Night Jacket to Cullen Pickett of Pickett Rodeo in Fairfield, Texas for what was the highest price ever paid for a bucking horse: $200,000. Night Jacket died in 2013.

Nightmare helped build the J Bar J reputation as a solid stock contractor. “She was the reason people knew we existed,” Jim said.

All from a brown mare at a Detroit riding stable who loved to throw off her riders. 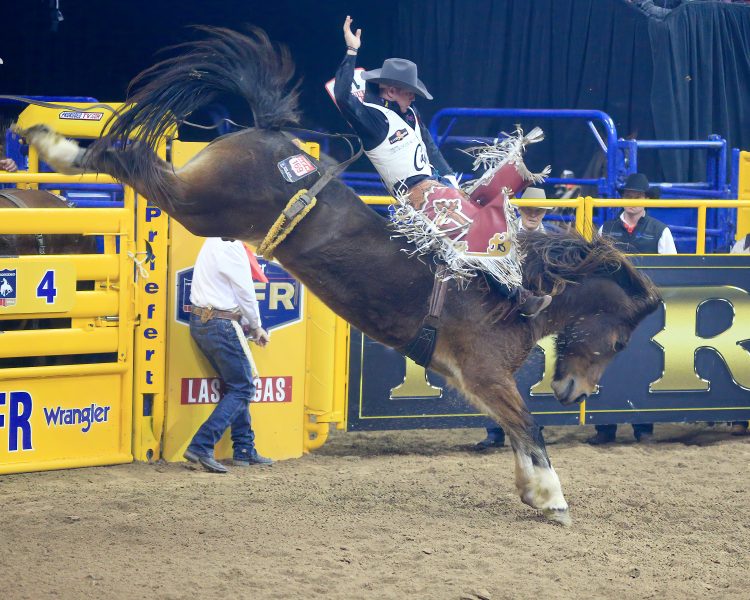