I’ve heard it said that you don’t know what true fear is until you’ve been chased down by a mad mama cow. I do know, however, that according to the boys, most of the time they’re just bluffing. My experience, so far, has been that most of the time, the mama cows ARE bluffing.

A couple years ago, I was out tagging the calves of our first calf heifers. I’ve tagged quite a few of these on my own, and it doesn’t bother me to be in there with them. Most of these heifers are gentle and nice to be around. There were four calves already tagged, and I needed to tag four more. In the early morning hours of Wednesday, #466 had had a calf . She kept a very close eye on me that night during checks and anytime I got close she met me halfway. I didn’t even get that close to her calf. I just had to get close enough to see that he had sucked and was doing well.

Wednesday afternoon I headed out to tag calves. I planned to tag all those that that hadn’t got their “jewelry” yet, then go get my horse so I could sort the pairs off and kick them out to the trap. I got one of the registered calves tagged, and figured I’d just best get #466 out of the way. I wasn’t really relishing having her in that lot with her calf any longer than necessary.

I had my tag in the gun, and headed over to her calf. She was having none of it! She took to me when I got close and I was only saved by ducking around a round bale – which she promptly hit with her head. I decided I might should try to catch another calf to tag, and I’ll be darned if that ol’ bag didn’t hunt me up from halfway across the pen, and pen me up against another hay bale. She kept me there for five minutes. Anytime I tried to move she’d charge me… again. I actually thought she was gonna come over the top and really get me. Of course, I’m standing there, in the middle of this pen, with nothing but a Z-tagger to throw at her and no place to go. The back fence is 50 feet away through a mire of muck, and there’s no way I can go West- I’d never make it to safety before she overtook me. I did manage to toss a wad of muddy, frozen hay at her, and hit her smack between the eyes, but even that didn’t deter her.

It was a Mexican Standoff of sorts. After about five minutes, she went back to her calf, so I was able to slink off, drawing as little attention to myself as possible, while formulating a new plan of attack, which would involve my horse, Dino. 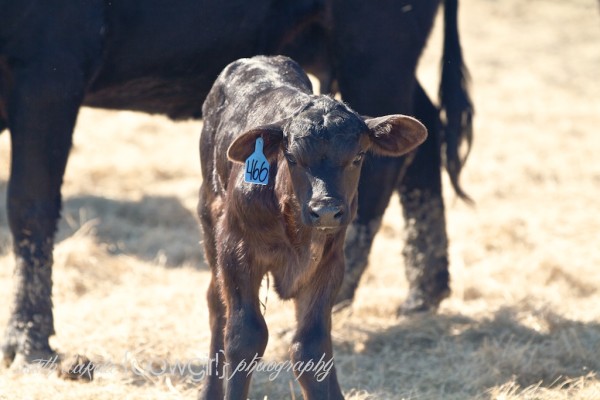 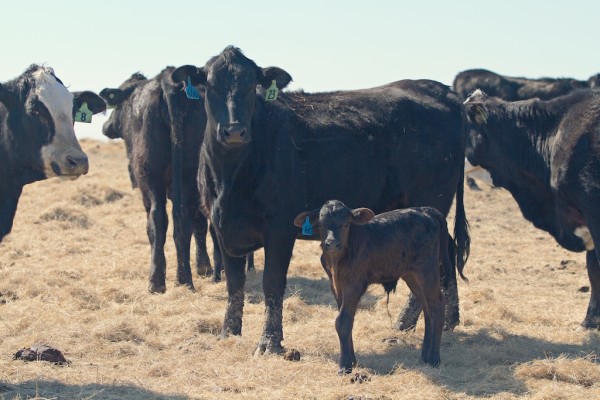 I got Dino saddled, trotted down to the corrals and began to sort off the tagged pairs. I kicked three of them out, and then figured I would need to clear the corral of her (so I could tag the other 3 calves). I set about sorting her off. She actually threatened my (then) young horse, but he’s cowy enough to stand his ground, and call her “bluff”. I was able to put her and her calf into another pen then waited for her calf to go to sleep. Then I put her in the calving barn so I could tag her calf with no fear of retribution!

When I did manage to tag her sleeping calf, he bawled and she came running – hitting the gate to the barn with her head. I’m glad it held, I’m not going to lie.

Once she was removed, tagging the rest of them went pretty smoothly. Of course I was trying to do this with my horse in one hand, and the tagger in another. I got all but one calf tagged. Today or tomorrow #222 will get his ear pierced. I don’t think his mama will bother me, she’s just very attentive so I’ll either have to wait for him to be really sleeping good and her not be around or wait for help so I can rope him and someone else can tag him. I like option two the best. Anytime I get to rope it makes things better!