A Legacy of Legends: Colt Starting

A diverse crowd of horsemen, from dressage riders, to ranch cowboys, to working buckaroos, descended on Ft. Worth Texas for the Legacy of Legends this past March.  The Will Rogers Coliseum was the site of an event aimed at preserving and honoring the memory of Ray Hunt and Tom Dorrance, put on by Ray’s wife Carolyn; grandson Jaton Lord, and his student Buck Brannaman.

The three day event included demonstrations in colt starting, horsemanship in various events, and stock dog work. For many followers of Dorrance and Hunt, the colt starting was the penultimate demonstration. Seats near the arena couldn’t be found as two round pens full of aspiring young horsemen put the 1st and 2nd rides on previously un-started colts. Led by Brannaman, and assisted by Mark Schwarm, these colts were helped through what can be the most traumatic experience in the life of a young horse, some without even breaking a sweat. 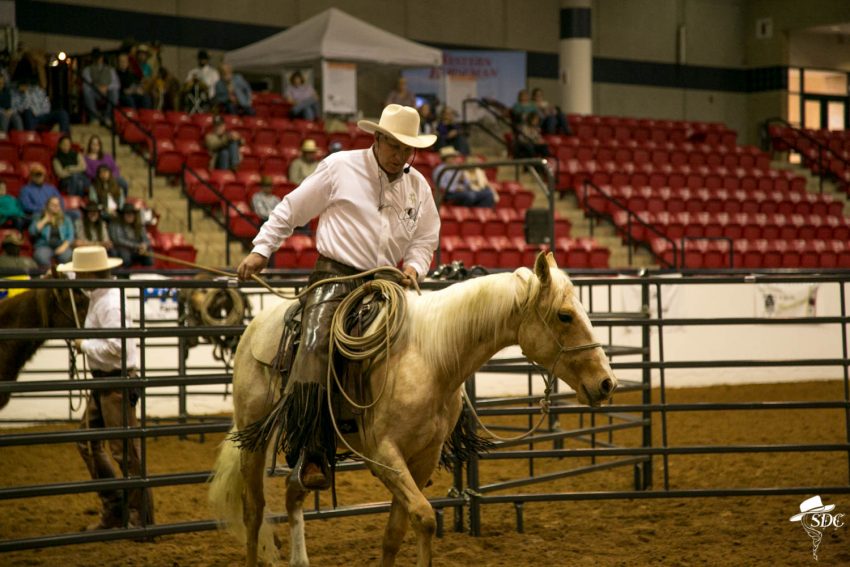 This colt starting demonstration most exemplifies the revolution in handling horses started by Tom Dorrance and shown the world over by Ray Hunt. No longer are horses “broken” in the former sense of the word. The horse is regarded as at least an equal in a partnership, as the human works to improve their ability to communicate more effectively with the horse, rather than bend it to his will.

This year was exceptional, as Buck started a colt smoother than I’ve ever seen it done. Within 45 minutes he had that colt saddled, ready to pick him up off the fence, and was on him, swinging a rope and using the colt to move others in the pen. 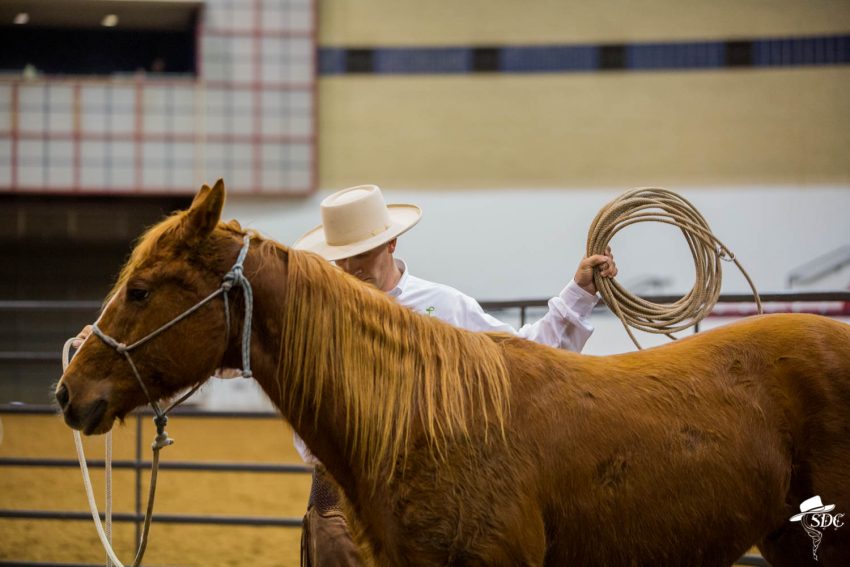 Nathan Greiner helps his colt on the first day. 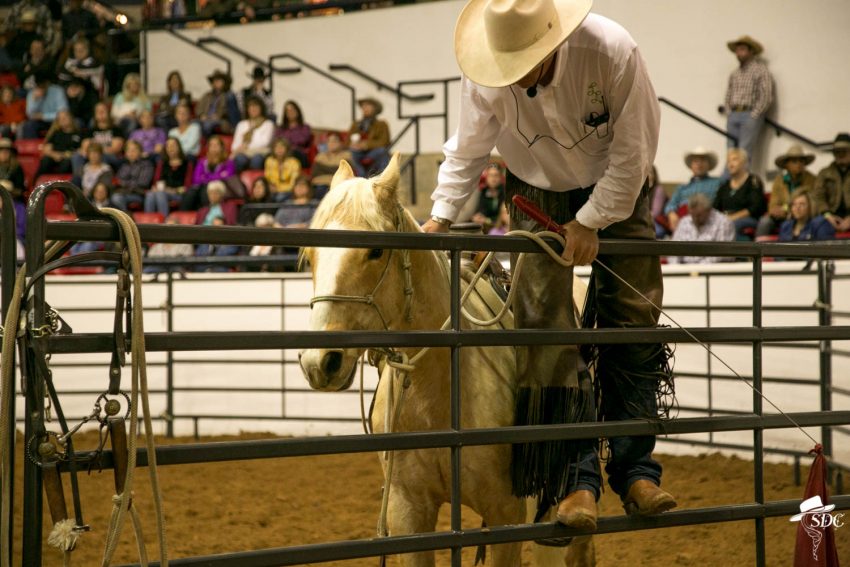 Buck gets his colt to pick him up off the fence.

Starting a colt and keeping them “this” side of bothered is a skill that I think we’d all agree we’d like to gain. I never want to see a horse buck or fuss, and in fact, feel like I’ve failed them if they feel the need to protect themselves in such a way. I’d like them to realize the saddle is just an extension of them, and that there’s no need to be bothered. 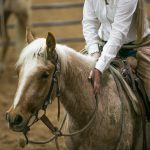 The horse is never wrong. In fact, they can only do one of two things at any given time: what they think we want them to do, or what they feel like they need to do to survive or defend themselves in the moment.  So you “start” a colt by helping him learn what you’re asking. You don’t break him to mold him to your will. 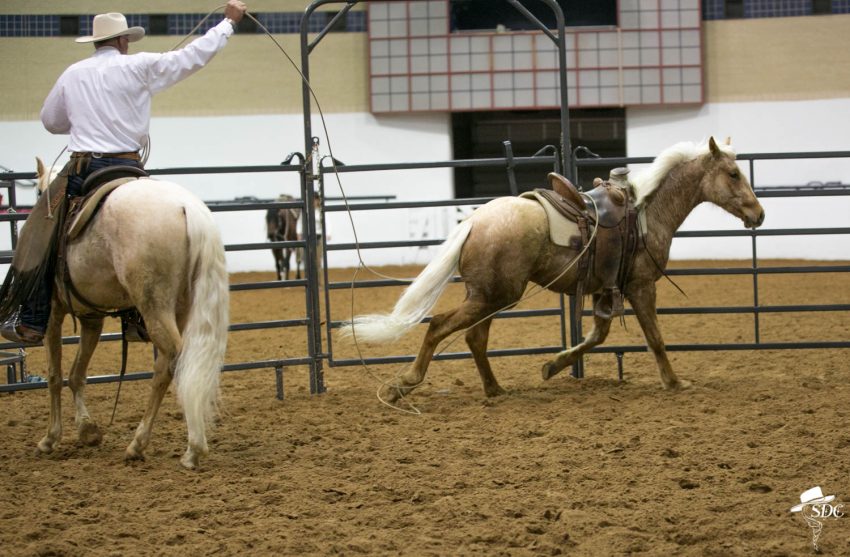 Buck helping Reata’s colt, while he puts the first ride on his colt. 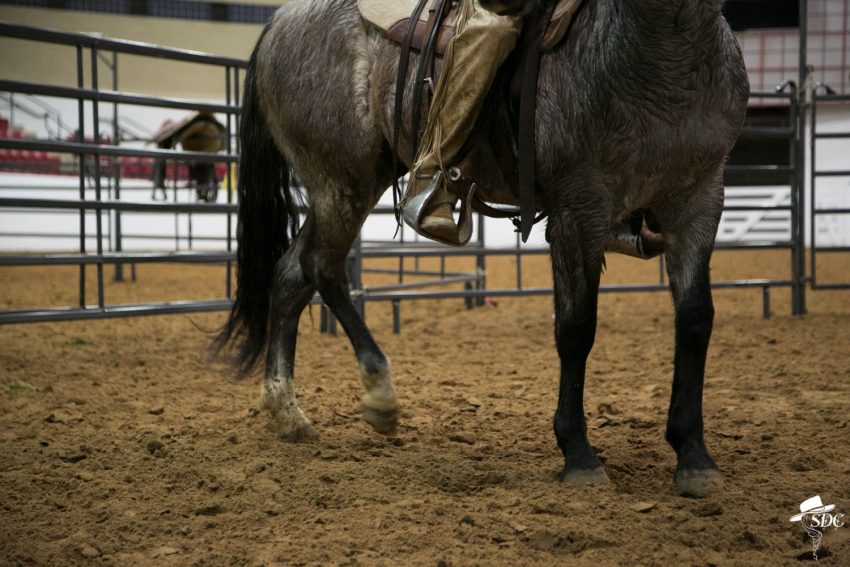 Issac Johnson gets his horse free through his hips on the first day.

In the case of a horse becoming troubled, you’ll see handlers helping them through it, rubbing them, and supporting them (whatever that support may entail).  Never will you see them jerked on, tugged on or punished for needing to express themselves. And a timeframe isn’t imposed, so the horses can learn at the speed they’re comfortable with. Some may be out of the round pen the first day, and some may not be out of the round pen at all in the three day period.  Teaching the horse to learn and accept you as part of their lives is the utmost concern at this event and in this style of horsemanship. 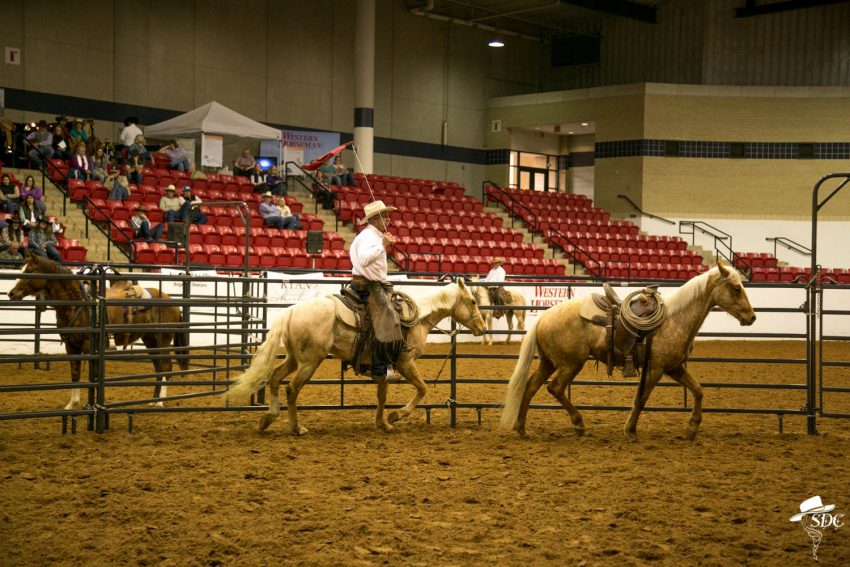 Buck moves Reata’s colt out while riding his colt. 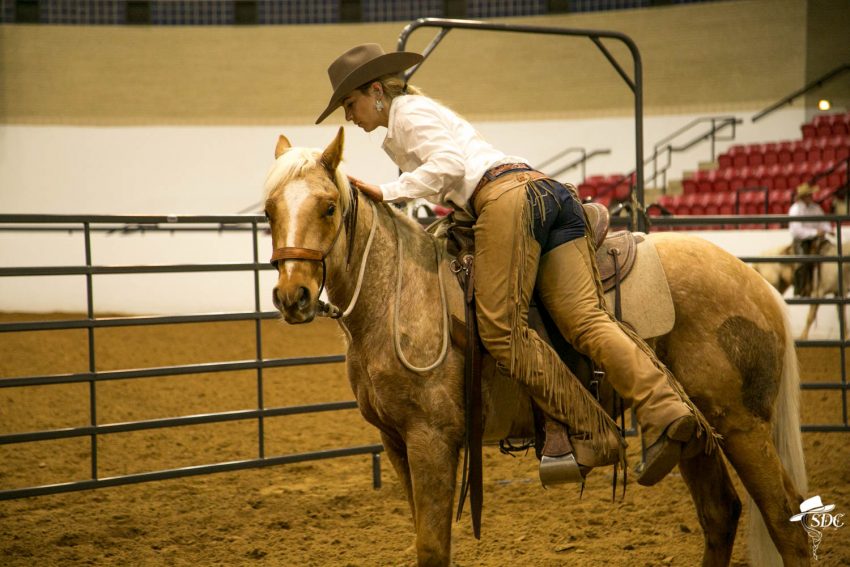 Reata steps on her colt for the first time.

To learn more about the event please visit http://alegacyoflegends.com.