We were sorting pairs to ship home one fall when a gentlemen helped us. He was riding a fat sorrel mare, who tried her darndest to buck him off all the way to the pasture. By buck, I mean she may have caught one inch of air under her hooves as she attempted to heave her squishy mass into the air.

This guy was riding her either to decide if she should be added to his broodmare bunch, or because she hadn’t bred the year prior and he was selling her, I cannot recall which. But, he sold horses, that’s the key point.

I was on a greenbroke gelding, who was taking this all in with the wide eyes of youth. The remainder of the family crew was well mounted for covering the many miles to and then across the pasture that held our cattle. 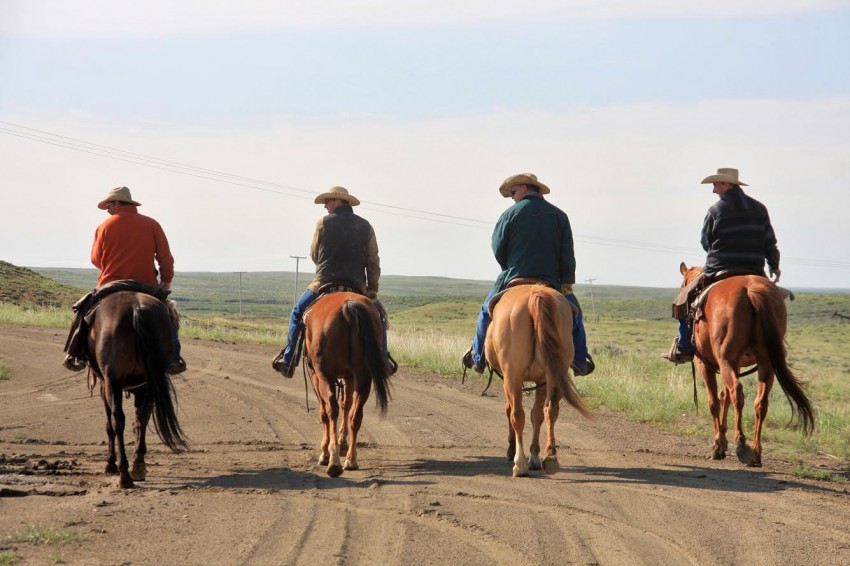 We reached the pasture, and my brother, self and the horse salesman got sent together in a little group. We approached a dam with multiple pairs grazing near it, some of which were ours and needed sorted. My brother eased around one direction, and I stopped and waited at the appropriate position for him to come around.

Meanwhile, our fearless leader was still struggling with his squealing, half winded mare. Then, one of our cows cut out in front of him, bucking, kicking and just plain feeling good rather than attempting to get away.

The salesman kicked the ol’ mare into high gear, and with every tail swishing, happy, bouncing step, the cow left the equally tail swishing horse in the dust. At some point the cow realized that someone was chasing her, and she kind of leveled out into a fast trot/slow lope, and increased the gap between her and her pursuers with every step.

By this point I was holding up a few pair from heading over the hill in the other direction, and could not leave them to provide aid. My poor brother missed what he would have found incredibly amusing, but finally turned around as the cow began to take getting away more seriously.

He kind of looked at that little mare giving it her all and making both incredibly slow yet amazingly jarring strides after this cow that was becoming more and more aware that she could get away, and glanced at me with a “seriously?” look on his face.

I gestured that perhaps he just put an end to the shenanigans and my less seasoned horse and I would hold up the rear. He grinned, gave his horse a tap, and bounded right by the struggling horse and rider to retrieve the cow, who was quite surprised to finally be caught.

The incident completely played out the mare, who was useless the remainder of the day. As we headed home that night we recalled the story to our other family members. One of them solemnly and without rancor said, “I don’t think I would buy one of his horses.”