When it’s too cold to ride, it’s a great excuse to throw another log on the fire, cozy up under a blanket and watch a marathon of horse movies. Here are 7 binge-worthy equine flicks.

Set in 1890, this 2004 western stars Viggo Mortenson and his mustang Hidalgo, who looks suspiciously like a well-bred, modern-day Paint horse but we’ll forgive the historical inaccuracy because Hidalgo is so darn cool. Mortenson plays Frank Hopkins, an American endurance rider, cowboy, and former dispatch rider for the US government. Hopkins and Hidalgo travel to Saudi Arabia to compete in the 3,000 Ocean of Fire endurance race to prove that Hopkins is the best endurance rider in the world. While racing across the sand, the pair faces assassins, political plots, extreme hunger, thirst, and more near-death experiences than you can shake a Bedouin dagger at.

Just an American cowboy and his horse. 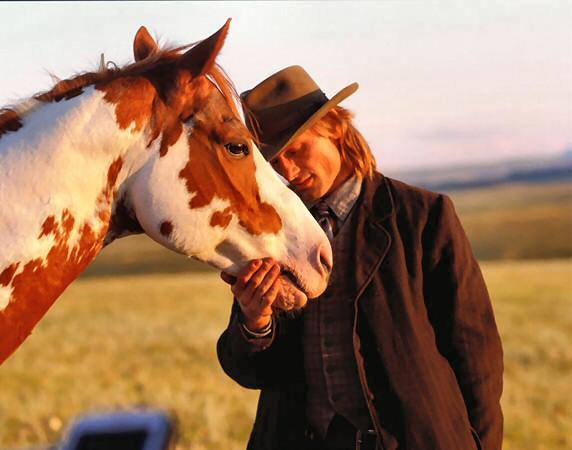 Adapted from Laura Hillenbrand’s page-turning novel, this 2003 movie portrays the life, times, and many wins of Thoroughbred racing sensation Seabiscuit. In real life, “The Biscuit” boosted American morale during the Great Depression. The movie will boost the morale of any horse-loving, underdog-rooting-for, hard-working modern-day American. Plus, Spiderman himself – well, okay, Tobey Maguire – plays Seabiscuit’s jockey, Red, so that is fun.

Even if you’re not a regular racing fan, it’s impossible to not get the chills when the underdog rounds the last turn for the home stretch. 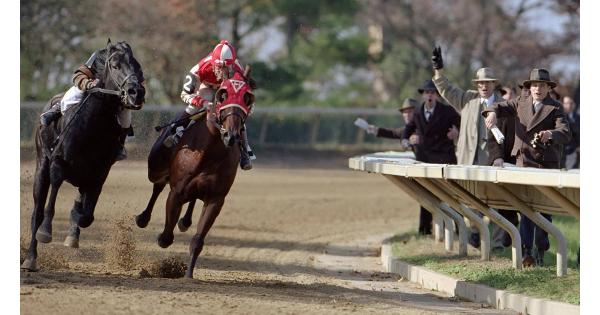 Did anyone else spend their childhood watching this classic horse movie over and over with their best friend? Or was that just those of us born in the ’80s? When I think of this movie, three things come mind: 1) The iconic diving scene, 2) the green carpet of my BFF’s childhood home, and 3) how I was fascinated with/terrified by the thought of high diving off a platform while riding a horse into a pool of water. Now I want to watch the movie and experience that rush all over again.

The Man From Snowy River

Set in the Australian outback, this 1982 film was based on the Banjo Peterson poem by the same name. There are brumbies, flat saddles, bull whips, breathtaking mountain vistas, references to early feminist ideology, and of course a love story. Watch it for great scenery, steamy almost-kisses while riding double, the famous devil-may-care mountain descent, and questionable horse starting techniques. Plus, you’ll discover why Spur said “You don’t think I always eat wallaby stew, do you?”

Hint: He knows where the neighbor keeps his fat beef. Ahem.

All The Pretty Horses

This film was adapted from the classic Cormac McCarthy book. I wanted to like the book, but the lack of punctuation made it difficult for me to follow the plot. The movie is fantastic, though. It was released in 2000 and stars Matt Damon (who is not only a super awesome actor, he’s been married to Luciana for 12 years and the couple has three kids, so that is Hollywood-amazing) and the naturally pouty-lipped Penelope Cruz. Damon plays John Grady Cole, and Cruz plays his love interest. There are horses, court battles, a Mexican prison, revenge plots, and more. Plus, it’s set in the mid-twentieth century, so the women’s fashions are on point. 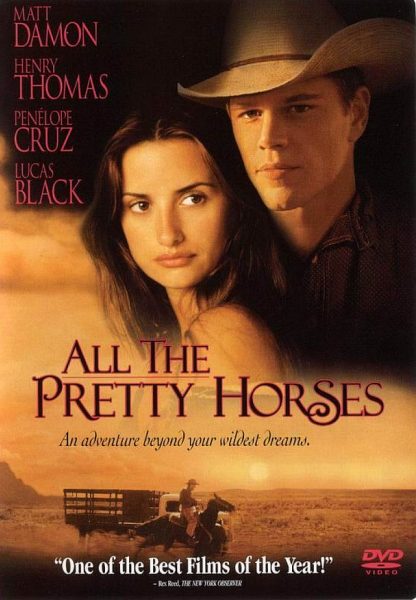 They Call Me Trinity

You probably haven’t heard of this 1970 spaghetti Western, unless your dad is as goofy as mine. We watched this movie, along with its sequel Trinity Is Still My Name, many times when I was kid. This underrated western spoof was made in the same vein as Maverick and Blazing Saddles. It’s fun, it’s funny, it’s lighthearted, it’s nonsensical. It’s everything a movie should be, really.

One thing about Trinity, he always travels in style. 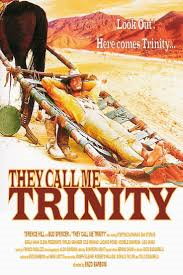 If you said “But this isn’t really a horse movie!” then I’m here to tell you that you’re wrong. Why? Because of Cisco, the buckskin horse. Duh.

I’m deliberately oversimplifying the movie because you need to (re)watch it for yourself and discover why it won 7 Academy Awards and a Golden Globe.

What are your favorite horse movies? Tell us in the comments!