A HORSE GETS EVEN WITH A BULL

Handling bulls of any sort can usually be a bit risky, simply because they are bulls. Even a very gentle bull can surprise you with some sudden move, so they always bear watching.

I was trailing a bull several miles across country, returning him to his cows. He had gone on a walkabout tour of the neighboring yearling steers, which is it’s own story and won’t be covered here. He was one of the gentlest, laziest bulls I’ve ever known so we were not setting a blistering pace, to say the least. My horse was of the opinion that he needed to step it up a bit, so she would crowd up close to him if I didn’t keep checking her.

After what seemed like hours, we were moseying along and my horse, Lily, had crept ever closer to the bull. Without breaking stride, swallowing his cud, or telegraphing his intention in any way, the bull kicked her really hard right where her forearm and shoulder meet. He was a big bull, so it really popped her one and it startled her, to say the least. She kept walking though and in a few strides was walking without a hitch. The bull had maintained his pace and never flicked an ear through the whole deal. 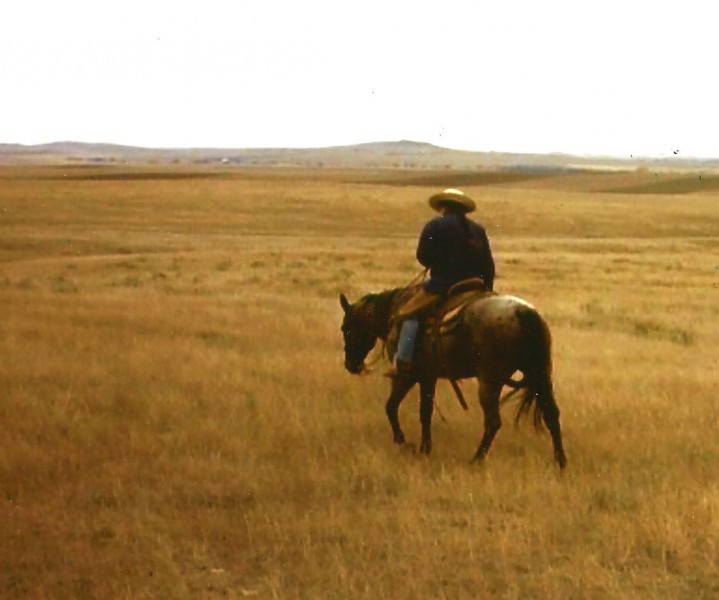 Lily was the kindest horse I’ve ever known, without any apparent malice for anything. However, being kicked by the bull must have really rubbed her the wrong way. She gradually crept up closer to him and when still out of kicking range, she reached over and grabbed his big, round hip in her teeth and peeled a strip of hide off. He let out a beller and hit a trot for quite a ways and hustled right along the rest of the way.

Lily worked the hair out of her mouth and kept walking along, but her whole expression was almost like she was grinning. The day’s lessons were to never get complacent and trust a bull, and that even someone really nice might get even if you wrong them.