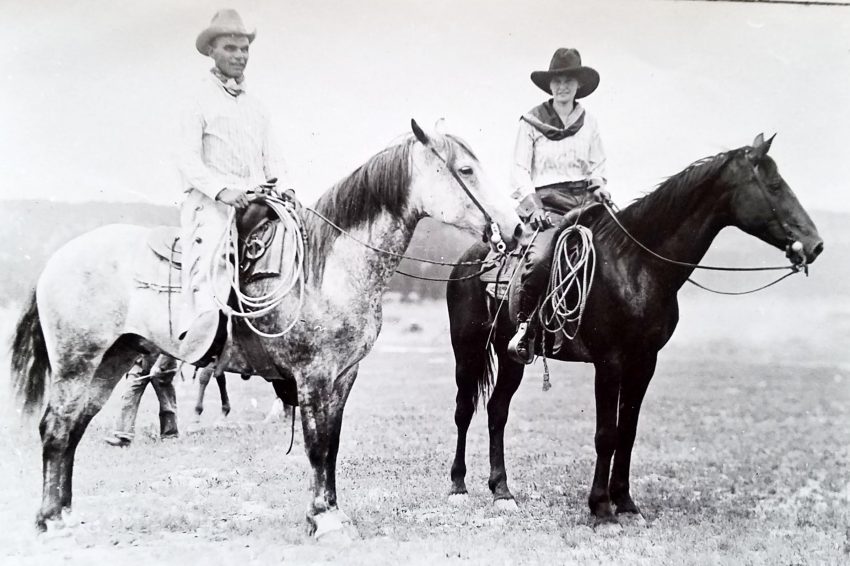 Saturday rolled around, and the cowgirl was already mounted on a fine horse when he arrived at her homestead cabin, announcing he had something to discuss with her before they hit the trail for Clareton. After informing her of the scenario he’d witnessed a few days earlier, the chivalrous cowboy inquired if she’d prefer to go to the dance, or to dig up and move the
moonshine cache. He’d brought some big tow sacks tied behind his saddle, just in case…. The spirited cowgirl chose the latter course. Many jugs of moonshine were dis-interred, transported and re-interred in a short period of time! Then the mirthful couple galloped on to the dance, arriving only a little late. An altogether different kind of dance might’ve been observed by the coyotes, hawks and jackrabbits of the region whenever the moonshiners came to retrieve their stash!