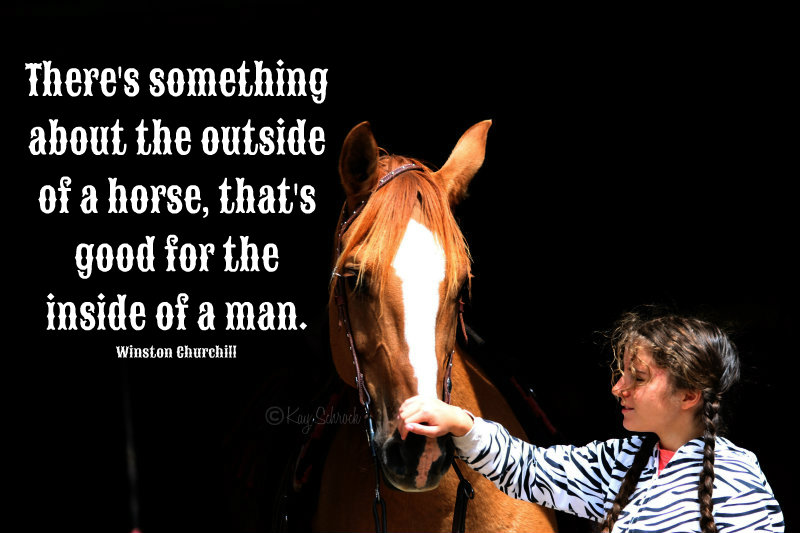 “There’s something about the outside of a horse, that’s good for the inside of a man.” ~Winston Churchill

This famous quote is so true. Many people can relate to this, knowing that spending time with a horse can bring healing.  Horses have traditionally been used for work and sport, but I want to tell you a story about a horse that was particularly useful to me – but not for work and definitely not for sport!
This was an old horse. A gelding pushing 30 years. He had spent his life at a park, walking in a line of other horses – nose to tail – around and around in a circle. They would put a kid on his back and he would walk. After many years of ignoring kicks, and jerks on the bit, he was about as dull and hard-mouthed as a horse can get.
One day he was loaded up and sent to a small home in the Midwest. When he stepped off the horse trailer, a young girl met him. She was nervous and excited. She carefully led him to his new home, and brought him fresh water and threw him some hay. She watched as he drank, and then cautiously brushed his chestnut coat. He didn’t mind. He barely noticed. She went to bed happy. Happier than she had been in years. She felt like she had found a wonderful friend.
This girl in her early teens had a troubled home. She felt useless and unsettled. She felt like no one understood her. The parents were busy with their own problems, and didn’t have time for listening to a child who questioned everything. The tension in the home made her angry and confused. Her angry outburst sometimes cost her friends. She thought about running way, but was too scared. She was scared of everything. Then came the horse. 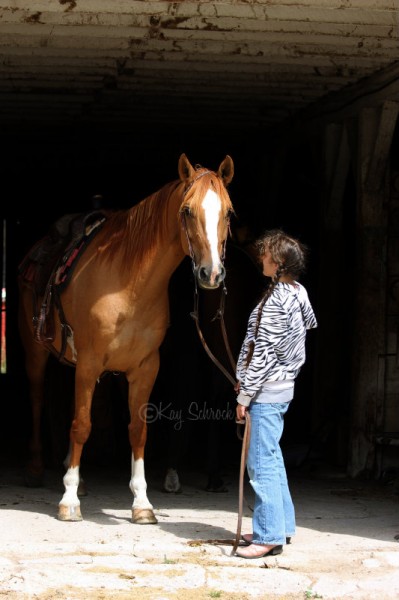 The horse was old, but he was gentle – and perfect for a scared child. She brushed him daily and rode him everywhere. Her friends who had expensive horses for pleasure riding poked a little fun at him, but she didn’t care. She would hop on his back and ride him in just his halter to the pond, to let him drink. She would lay against his neck and tell him her troubles. He always listened. He never judged. Never corrected. Just listened. She would sit in the pasture beside him and just be happy in the togetherness. Sometimes when she was upset and there wasn’t time to ride, she would slip out to his pen and just stand beside him, burying her face in his warm neck and stroking his mane. When you have a friend like that, you don’t need words.
The girl grew older. One day the horse died, as all old horses must do. But she didn’t cry. She was old enough to know it would happen eventually, and she was healed enough that she could live without him. The crucial days of her youth were past, and he’d been there when she needed him. It was only when the girl was older, that she realized just what a gift she’d been given, when her cousin gave her that old horse. The horse made her feel loved and accepted. She had a safe place to open her heart when she was with her gentle friend. 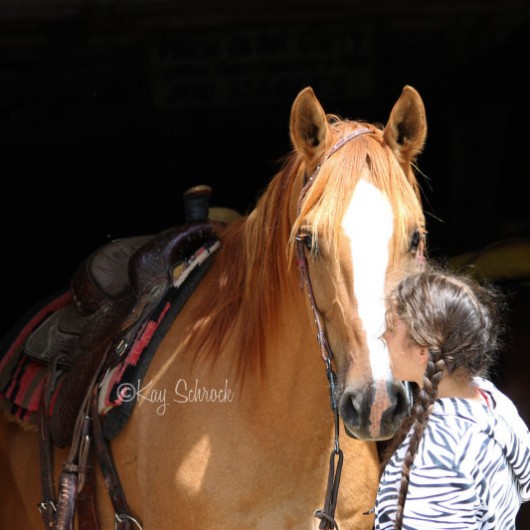 Kay is a ranch wife and mom of four kids. She has loved horses from a young age, and believes every little girl should have the opportunity to ride. Kay enjoys cooking for the ranch crew, photographing the ranch lifestyle, and writing stories. She loves...

View all posts by Kay Schrock