The first step in halter breaking is getting your colt ready for a halter.

LK: What does Tom first do with colts getting them ready to halter break?
TW: Tom will put the colt in a round pen while riding a broke horse. Being horseback, Tom can give the colt comfort by having another horse in the round pen with it.

Tom’s goal is to move the colt’s hind end around, untracking him and to just learn this youngster: how long can the colt keep its attention? How reactionary is it? Depending on the colt, Tom may flag it or even put a rope around its neck…always with the goal of making it ok with the colt to have movement around its head. When that movement is ok, then Tom will add a rope, moving around its head and then progressing up to having a rope around its head and then eventually on to having a halter on it comfortably and without scaring the colt. (All of this is done totally depending on the individual colt and what it can handle and only progressing as the colt allows.)

Tom does all of this while he is moving the colt’s hind quarters around (stepping through) and helping the colt find his feet with Tom’s pressure. That pressure being him stepping into (or toward) the colt or using a flag to move the colt. 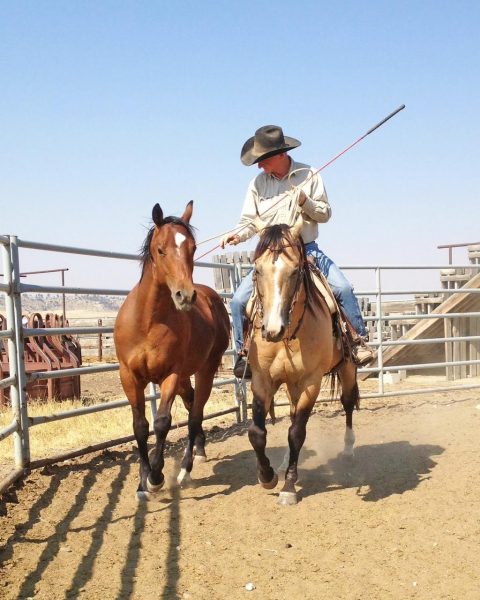 Tom starts horseback, desensitizes the colt to movement around its head, using his flag and then a rope. Getting the youngster used to all of this gets the colt ready for Tom to put a halter on it. Toms Says, “It’s all just common sense, don’t do anything to scare your colt, build on confidence by introducing one thing at a time and only when they are ready.” 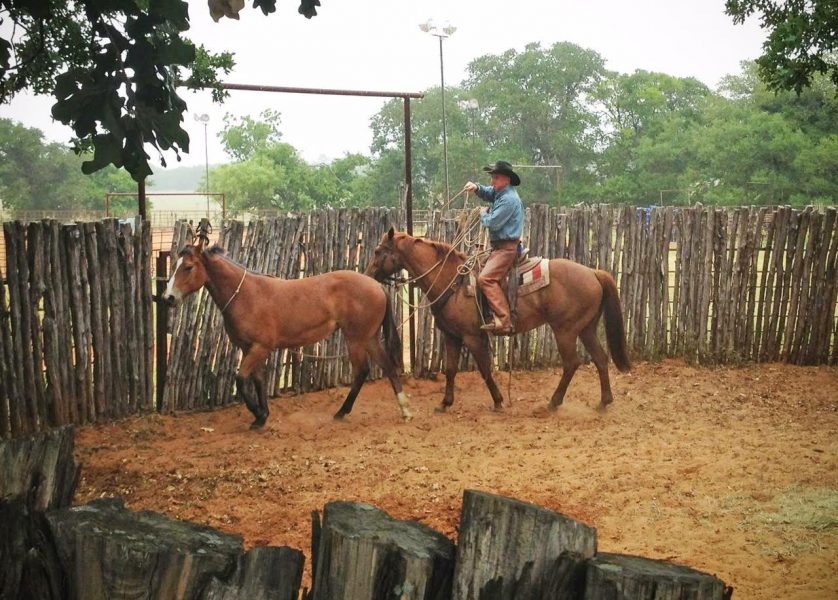 In the next post we will talk about getting a colt ready to lead.

View all posts by Lynn Kohr