How To Get A Cowgirl Out Of Her Pants 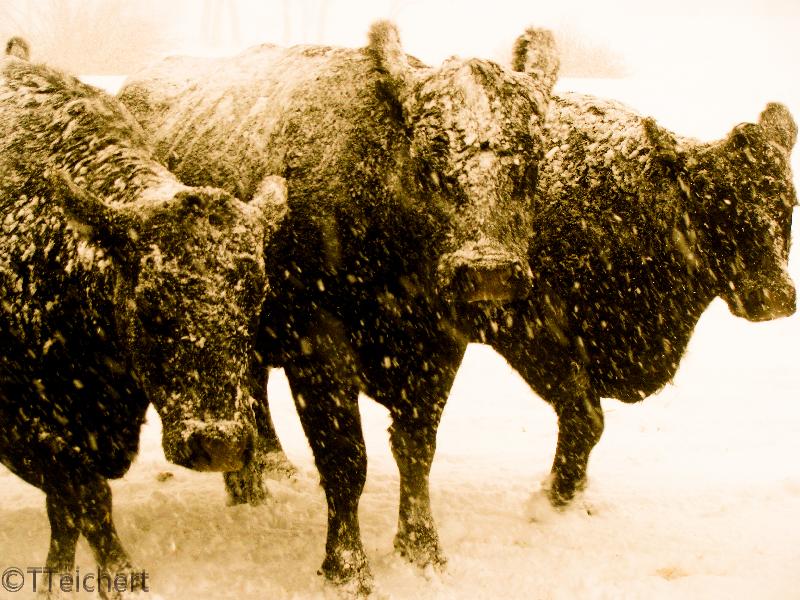 In my previous post, Weakness, I showed a bit of my serious side but it is time that you saw the side of me that is showing 87.2% of the time. The spazzy, hot mess me. You should get excited for this story.

The scene was reminiscent of Christmas morning in Idaho, only this was May in Nebraska. I woke up to quite the thunderstorm so I grabbed my raincoat and shuffled out the door only to hustle my buns back inside and put on long johns, 5 layers on the top, pack boots, wool socks, two wild rags and a scotch cap. Apparently Nebraska never took earth science and learned that rain comes with thunder and lightning NOT snow! I walked into the barn to saddle that morning somewhat similar to the little brother on The Christmas Story. I could hardly put my arms down let alone throw my saddle on my trusty steed.

By the time we got to the large group of heifers we were calving, the snow was piling high. We played damage control for about two hours in quite the blizzard. I will not spend too much time going into detail about the miserable shenanigans we endured that day…we could be here a while if I did that. Once the storm stopped, we had a lot of baby calves to dig out and nurse back to life, and a lot of heifers to assist in their birthing efforts. It was the last check of what seemed like a hellaciously long day and we were too lazy to crawl back on our tuckered horses and trot out. So we saddled up the side by side, just my boss and me, and this my friends is where things got Eastern.

We bopped over a hill to spy on a heifer trying unsuccessfully to deliver her eighty pound bundle of slimy joy. After a few minutes of observation we decided to go assist her in her efforts.  We were simply going to place a rope on her front feet and then do our best to help her calve. Well, simply is the key word there that never came into play. As my boss tried to tail her over, I tried getting hold of one of her front legs so I could roll her on her side. She flopped there like a dead fish for a spell and as I was about to give up and try a new tactic that dead fish turned into one angry mother to be. She jumped up and proceeded to chase me down the hill. Note I was still on foot dressed like the kid off the Christmas Story, and I thought she was bluffing. Well I thought wrong. I glanced back while on my leisurely jog and was very shocked to see her hot on my tail. I started to panic a little and I spotted a fence not too far off that I could use as a backup plan in case she still has a mind to eat me. Well, she sure didn’t change her mind about hating me because all of a sudden I found myself running directly into the fence.  According to my boss, I didn’t even make an attempt at looking athletic. I didn’t sprint or jump or climb or crawl I just jogged slowly into the fence and did a flop over the barbs. I don’t know what I looked like in the act but I know how it felt and I imagine that is how a rotisserie pig feels just as it makes another round, one turn closer to being eaten.  I rolled around in the snow for a minute and then I glance back at the huffy heifer.  She had slipped in the snow and slid into the same fence I had just so gracefully cleared.  I stood up slowly and assessed the damage. There were shards of denim strewn through the barbs at the scene of the crime. I glanced down at my new work jeans and was a bit shocked to discover a massive hole that stretched from my hip bone to the top of my pack boots. Thanks goodness I went back in my house that morning to put on long johns, because they were all that was between me and three feet of indecent exposure.

I walked away with a pair of jeans that wouldn’t even make decent Daisy Dukes, one little barb wire cut above my left knee, an awesome story, a boss who laughed for three days straight, and a new love and respect for solid ranch horses. If we had just gone out and done the task on horses the way the heifer was used to, we wouldn’t have had such a fiasco. I guess the moral of this story is, don’t be lazy and take a side by side. Go with the traditional option and take advantage of the speed, protection, confidence, and cattiness a horse has to offer. If this were a Baxter Black story I am pretty sure he would wrap it up with “and that is how you get a cowgirl out of her pants!” 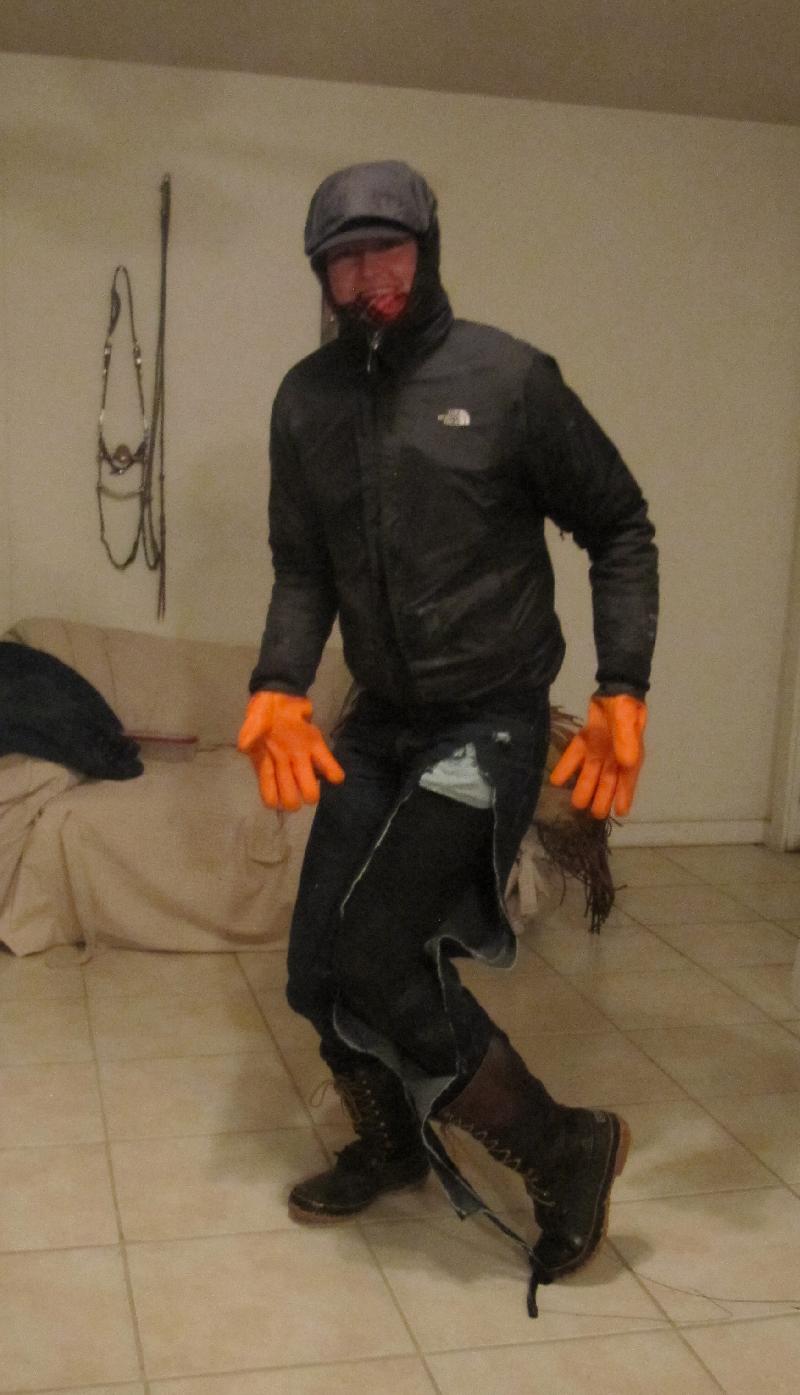 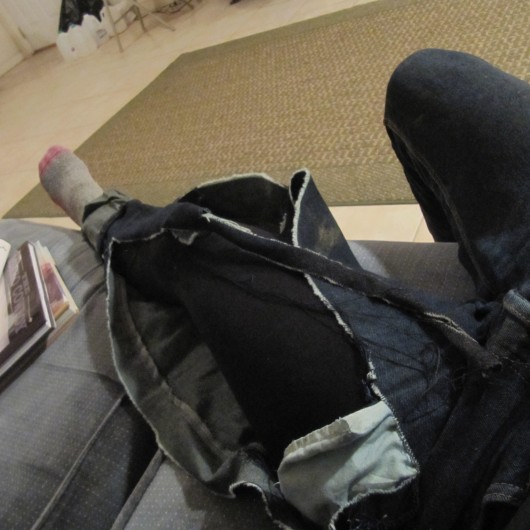