Forget The XBox, Buy Your Kid A Horse For Christmas! 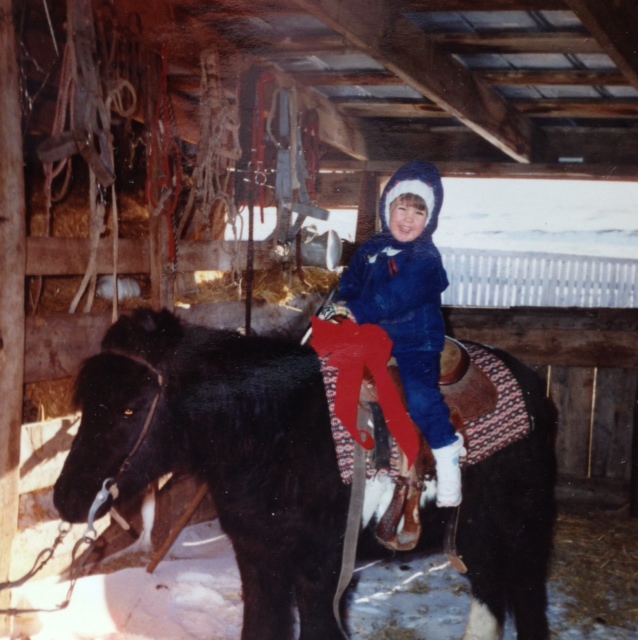 Candybar and I on Christmas morning, 1991.

Parents, are you still looking for the perfect gift for your kids this Christmas? Maybe little Sally wants a Barbie and little Johnny wants a toy tractor. Well, 23 years ago little Bailee wanted a pony! On Christmas morning 1991, after opening the presents that Santa had left us, (and feeling a little blue that there wasn’t a pony under the tree), my Grandpa said “I think Santa left one more present out in the barn!” My heart raced as I bundled up in my snowsuit and stocking cap and trudged with anticipation through the foot of snow that was on the prairie until I reached the barn. Standing in the barn that Christmas morning was a furry little black and white paint pony with a wreath around his neck and a ribbon tied to the saddle! I immediately blurted out “Candybar”! And that was his name. 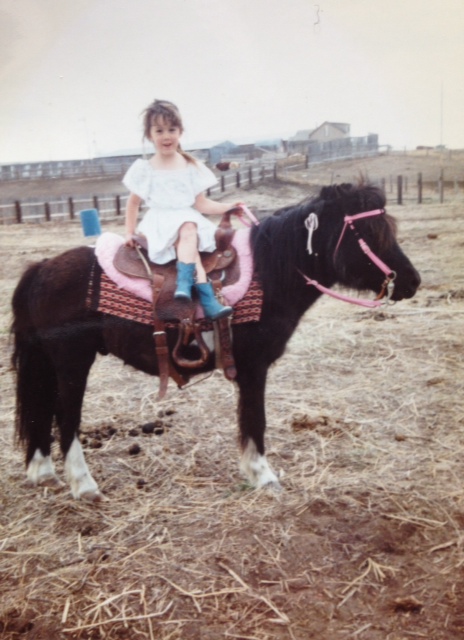 Candybar wasn’t a normal pony that would run underneath the clothes line trying to cut your head off, he was the kindest, gentlest pony that my grandparents could have found for me. Every little girl needs a pony growing up, not a naughty one, but a pony like Candybar! Candybar was my best friend and I will venture to say that I spent more time with him than I did with any of my human friends growing up. Candybar and I liked to play in the sandbox (much to my mother’s dismay). I also liked to give my dolls rides on Candybar. And puppies. The puppies had to ride Candybar too. I enjoyed putting ribbons and bows in his mane and tail, since his favorite color was pink! I gave him baths on summer days and also hooked a little red wagon up to him so I could pull my puppies and dolls around. I could ride him up to my swing set, jump off, swing awhile and he would wait for me until I was done swinging. I also competed in my first junior rodeo on Candybar and won my first belt buckle barrel racing on him. Candybar was priceless and he was the best gift I have ever received.

So Momma’s, LET your babies grow up to be cowboys. This world already has enough politicians, so buy your kids a HORSE this Christmas! 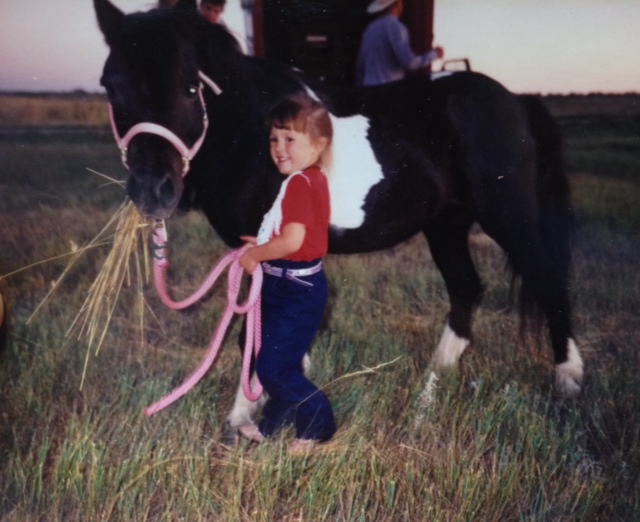 See? Pink was his favorite color! 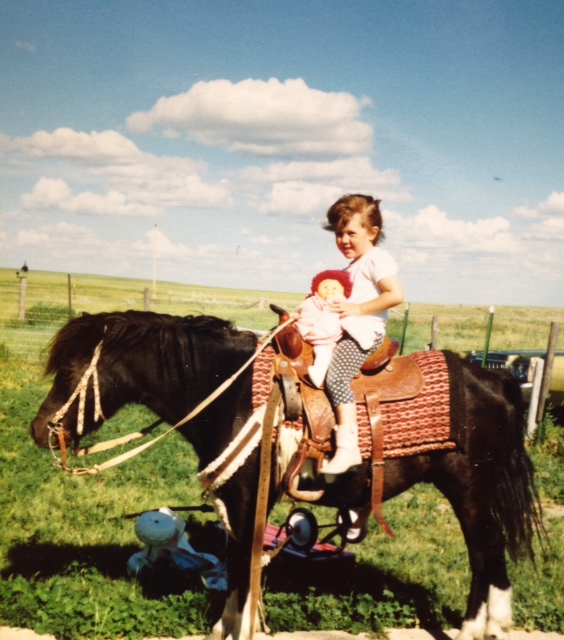 Candybar packed many dolls around in his day! (note the little red wagon in the background!)

I was raised on the back of a horse on my families ranch in rural northwestern South Dakota. I grew up roping, tying goats and traning barrel horses, which I still enjoy doing today. I have a deep appreciation for a good horse, a cup...

View all posts by Bailee Murnion