First Paying Job as a Kid 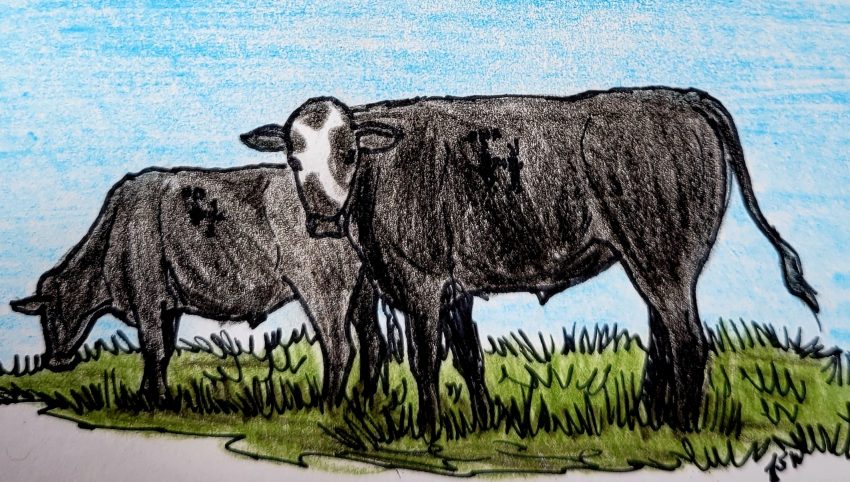 Most people’s first jobs are when they are in high school, perhaps to save money for a car or college. My first job was when I was 12 years old. I can remember it like it was yesterday. I was at a 4-H rodeo when a good friend of my Dad’s, Darrell, approached me and asked if we could sit down and visit for a minute. We did and he told me that he had a bunch of yearling steers running on one of the Klingler pastures next to my folks’ place. He went on to say that due to his own busy cattle buying schedule and other obligations, he needed someone to ride on those steers and make sure they were in good shape and staying healthy.
I knew how important that was as I did it every day for my folks on the ranch. Imagine my surprise, though, at my age, when Darrell asked me if he could hire me to do that job. I was dumbfounded. He said he had already cleared it with my dad and Dad said I could if I made sure it didn’t interfere with the riding I needed to do on the home ranch.
Darrell told me what he was offering for pay, though that figure eluded me now. I said I would do it and we shook hands on the deal. He described what he wanted me to check on and how often, and that was our deal.
I was so excited! Not that I needed more riding to do, but that someone else thought I could do the job well and was willing to pay me. Mind you, I’d been loaned out to the neighbors frequently to help work cattle and sheep, but that was always just a neighbor deal and were glad to help each other out.
That summer, I’d get all the riding done for the home place, which included a long bog line and pulling sheep out of the mud, scattering and checking bulls, riding on yearlings and checking each one, and keeping neighboring cattle out of ours. Then, I’d ride on Darrell’s steers.
I suspect that those steers’ hides got sore from me eyeballing them so close. I looked at every square inch of every steer, making sure there wasn’t a single thing amiss, every time I rode. As I recall I went through them twice a week.
The pasture they were in bordered my folks south pasture and our ranch road came through the pasture. Even when riding through in a car I was checking those steers! They were undoubtedly the most closely watched bunch of steers ever.
They were a healthy bunch, overall, and I don’t recall that they were ever out or did anything wrong. When Darrell came and shipped out in the fall, he wrote me a check for my days of work, and told me I’d done a good job and thanked me.
The words were worth more to me than the check, and to this day, I treasure that first job I did and that it was for Darrell. He’s still a dear friend and a man I respect and admire. He started a job for me that lasted for many years. I rode on the Klingler range every summer after that. It was a big place with four pastures, so it was a lot of country to cover, but it kind of became a part of me.
First jobs are always memorable. I wish that everyone had one as satisfying and life building as mine was.