A ranch-raised and trained horse was among the barrel racing mounts at the 2021 Wrangler National Finals Rodeo. 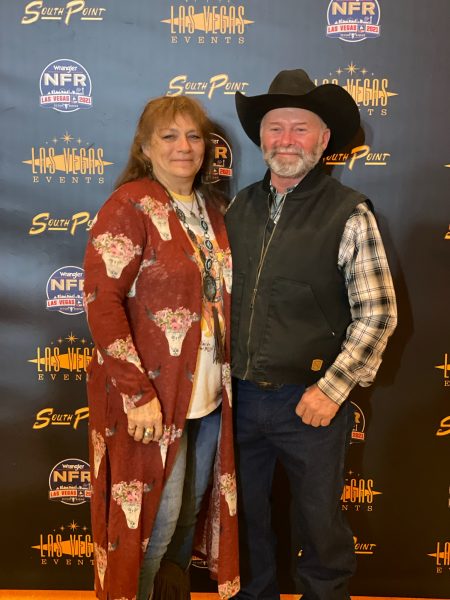 Bob got Fire Fly’s grandmother, Special Rocket, whose bloodlines included Idaho Special and Checko Rocket, in a trade. They bred that mare to a stud called Hot Dasher, owned by Jerry Haensel of Montrose, S.D.

The product was a mare, Fire Fly’s dam, Princess Bar Dash, “Spitfire,” who was bred to Frosty Frenchman, the stallion that got the Welshes going.

But her colt, Fire Fly, did.

When he was born, he stood out immediately, Bob said. “The other horses saw that Fire Fly was different,” he said. “We run our horses together, and most yearlings will get pushed around the hay feeder and have bite marks, but Fire Fly, I swear, never had a bite mark on him.”

Bob trained him, running him at a few futurities his five-year-old year. When he turned six, Bob had back surgery and Amanda took him.

“He was a Cadillac to train,” Bob remembers. “He’s just so intelligent. You could show him one thing, and the next day he’d remember it.” Bob remembers a time when he took ten minutes to show Fire Fly to change his turn a little bit to keep better forward motion. “I took him outside, did a quick little rehearsal, worked on his stride, and he came in and he did it. That’s just him.” 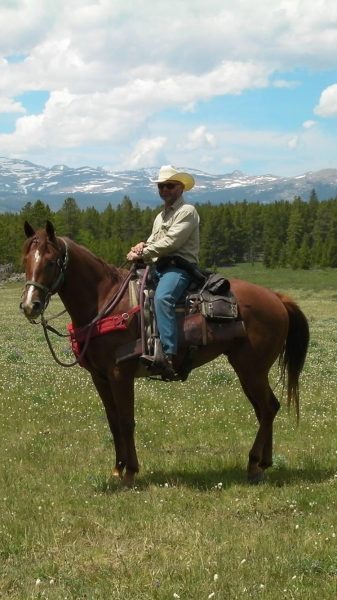 The horse is special to Amanda, who has been “stealing” her dad’s horses since she became interested in barrel racing at the age of ten.

“Horses like Fire Fly don’t come along very often,” she said. “I don’t know if I’ll ever have a bond with another horse like I do Fire Fly.”

Each can sense what the other is thinking, she said. “I always say he’s my best friend. I always know when he’s not feeling quite like himself and he always seems to know when I need him.”

He’s not a horse that loves to be petted, but he and Amanda share a bond. “He’s kind of a standoffish horse, but there are days he’ll come up and put his head on my chest, and he knows I need him.”

The sixteen-hand horse seems to prefer smaller pens, like the Thomas and Mack, where Amanda amassed over $61,000 in earnings at the 2021 National Finals. But Bob says it doesn’t matter what size of arena it is. 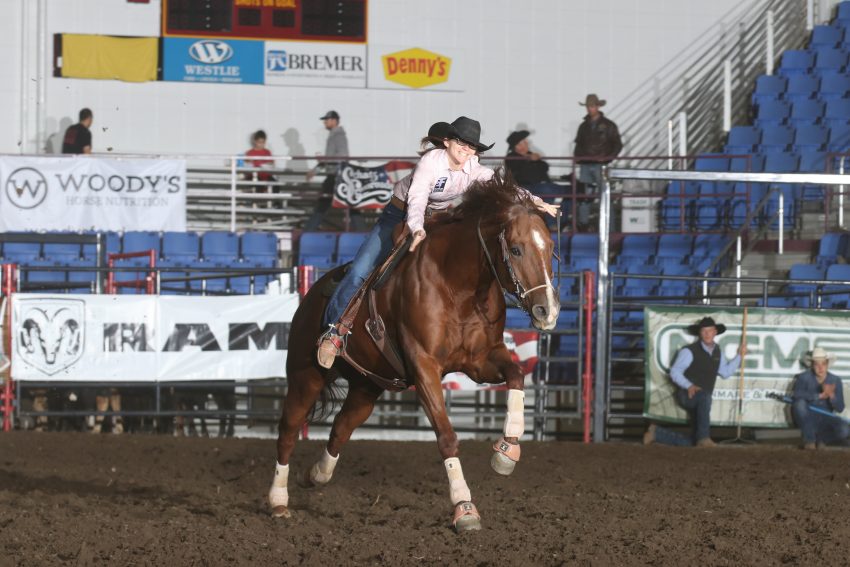 “He does like little pens, but honestly, to me, it doesn’t matter to him what size it is. If you can give him a clue that it’s going to be a small pattern or a bigger pattern, he’s going to run at it.”

Amanda and Fire Fly have lit up the rodeo world the past few years, including winning the Badlands Circuit Finals average title in both 2020 and 2021, and making a “triple crown” sweep of all three rounds at the 2021 Finals.

She qualified for her first National Finals Rodeo in 2021, finishing the year seventh in the world standings.

He’s the best horse to come out of the B-P program, both father and daughter agree.

“He is, I feel, what every breeding program wants to produce,” Amanda said. “Not just because of what his accomplishments are, but because as a horse, he’s just special. He always makes you smile.”

“He’s the complete package,” Bob said. “He has the stride, the frame to be fast, and the intelligence and trainability.