Carlo entered our lives as an unstarted 4-year-old, whose movements bore a striking resemblance to a bouncy ball. Now approaching his early teens, he is without a doubt our most versatile mount.  There isn’t anything this horse can’t do, despite his diminutive 14.2 hand stature. Truly, I’ve witnessed him jerk mature hereford bulls to the ground on the heels with such force, that he stopped the head horse in his tracks.  I’m certain he has saved my life on more than one occasion swimming the Bruneau River Canyon of Southwestern Idaho and he totes my precious child with the greatest care.

Unfortunately, hard ranch miles have taken their toll on his body.  He suffers from aches and pains, as any active middle-aged man might.  We’re cautious about the use of conventional injections to treat muscle-skeletal issues on ourselves and our horses.  Preferring instead complementary therapies such as exercise, massage, chiropractic, and even acupuncture. 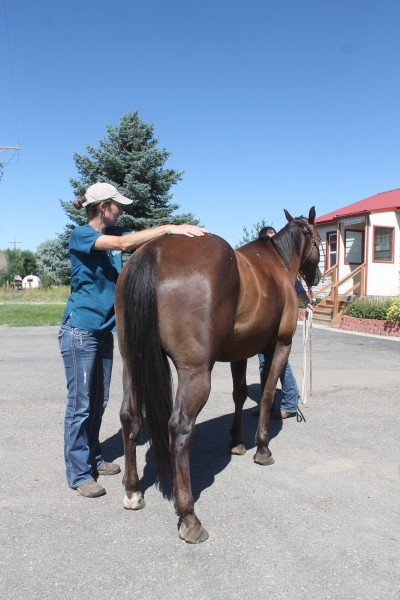 When an old injury to his right stifle, began interfering with Carlo’s physical comfort, we sought a bodywork professional.  However, always a “watchy” horse when handled on the ground, he was unable to relax fully while receiving an adjustment.  Not willing to resort to steroid injections yet, we sought further alternative treatments.  Dr. Candice Carden of the Powder River Veterinary Hospital in Kaycee and Sheridan, Wyoming is not only a skilled veterinarian but a practitioner of veterinary acupuncture. 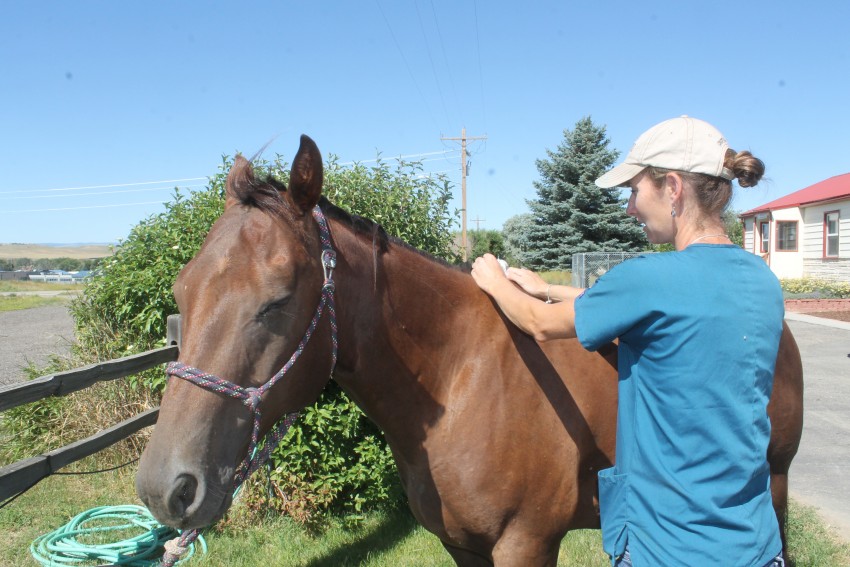 Dr. Carden began her examination by palpating acupuncture points along Carlo’s joints and body, checking his responsivness as an indication of pain.  She followed up with a basic lameness examination, before she began the process of “dry needling.”  Dry needling, is exactly what one thinks of when the term Acupuncture is used; the process evolved from traditional Chinese medicine.  It involves the insertion of acupuncture needles along specific points of the body, which should trigger the energy meridians (or channels), ideally stimulating the bodies healing process and offering some pain relief. 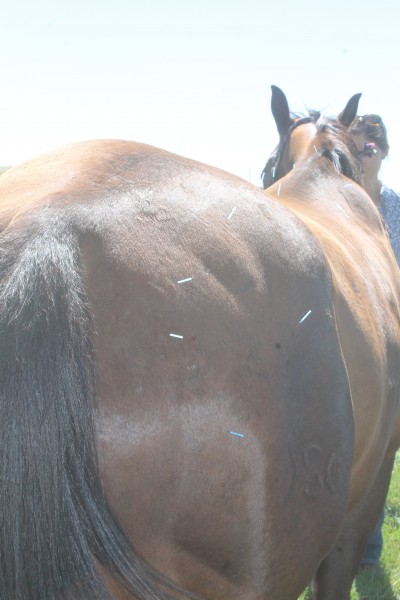 Dr. Carden was able to insert needles into the hip triad, near Carlo’s stifle injury.

Although he never fully relaxed for massage and chiropractic treatment, Carlo thoroughly enjoyed acupuncture.  He was so uncharacteristically relaxed, allowing his eyes to close as his head dropped, that Dr. Carden felt it appropriate to add electrostimulation to his treatment.  When the acupuncture needles began slumping from their previously upright positions, indicating a realizing of he muscles into which they were inserted, she removed the needles ending the session.    Carlo showed such a marked improvement following his acupuncture session, that we are continuing along this path.  Alternative therapies aren’t for everyone, research should lead one to the treatments that are right for them.  In my experience, veterinary acupuncture is worth some exploration when dealing with equine arthritis. 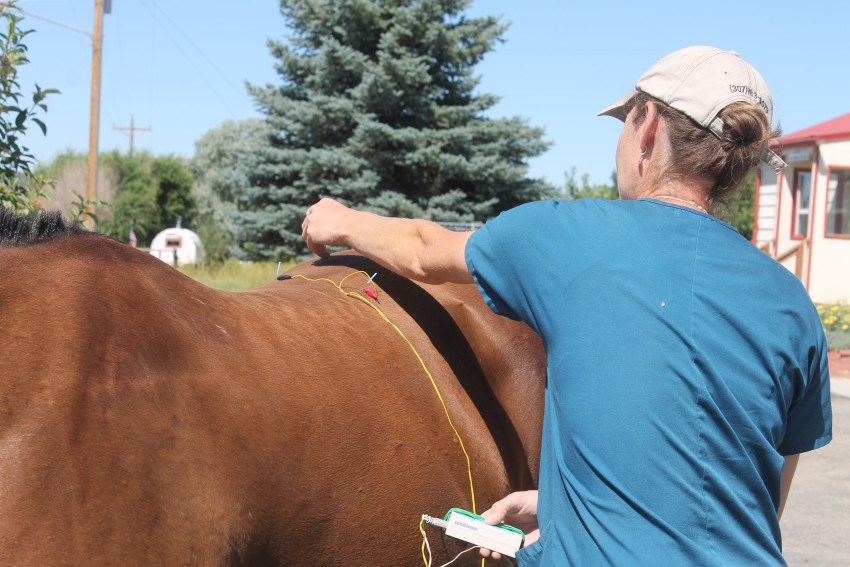 He responded so well to acupuncture, Dr. Carden added electrostimulation.