How do little cowboys learn to be full-fledged working cowboys? By going to Cowboy Kindergarten, of course. That is what I refer to the area behind our house. We set up roping dummies, a bucking barrel, and a trampoline in this stretch of dirt between the house and the arena. The trampoline is stocked with an assortment of bouncy bulls and horses, and you can bet many an imaginary rodeo has taken place within the confines of its safety net.

The metal bucking barrel does not have a safety net. I also refer to this area as “Broken Arm Alley.” 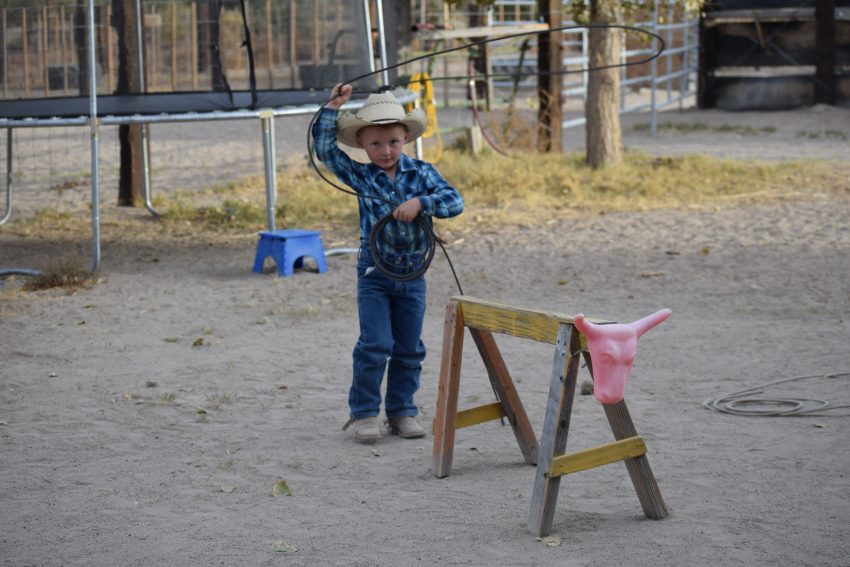 Milo is mildly obsessed with team roping, calf roping, boots, spurs, and all things cowboy. He constantly talks about when he can “go rope cows with Daddy.” He is starting to catch the sawhorse more than he misses, so maybe that day will come sooner than we think.

Milo’s catching rate rose dramatically a couple months ago when my husband convinced him to finally start swinging the correct direction. Previously, Milo swung his rope backhand, a decision that required him to stop, rear back, and launch his loop at the dummy in a no-swing attempt at catching. It was not a highly successful method, but he was very much attached to it nonetheless.

Ah, the sweet success that accompanies listening to your dad! Parents: They’re not as dumb as you think. 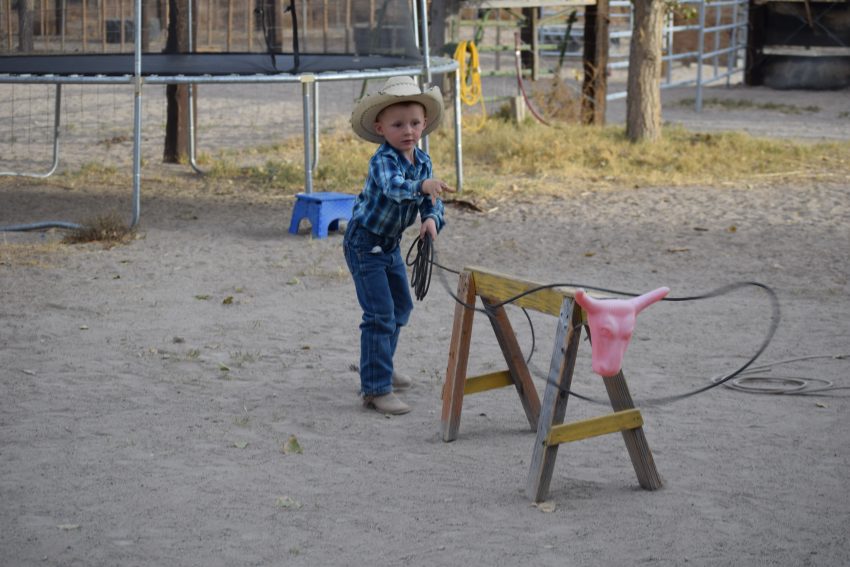 Littlest brother Levi is just plum tickled to have a rope in his hand. He likes to steal whichever rope Mom is using, then drag it through the dirt and slap the dummy with the tail. In this picture, he is assaulting the sawhorse with the correct end, which was a complete accident on his part. 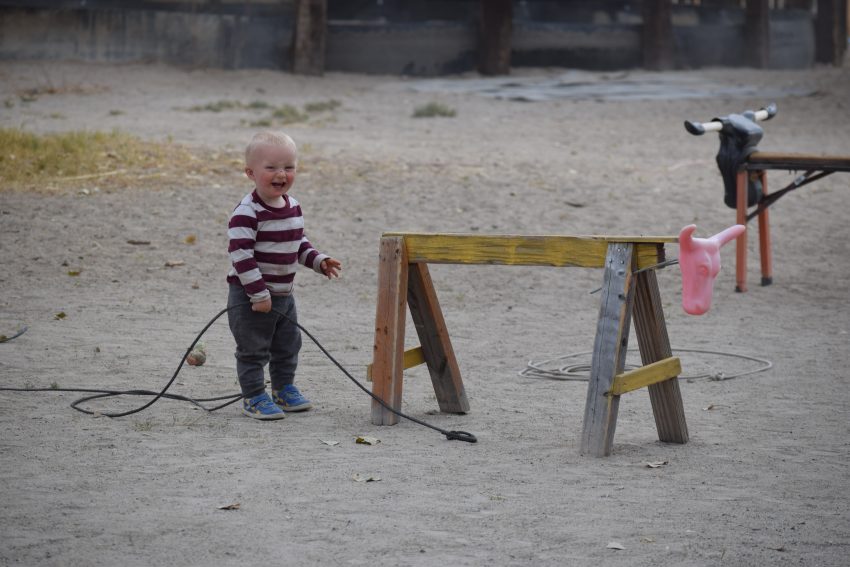 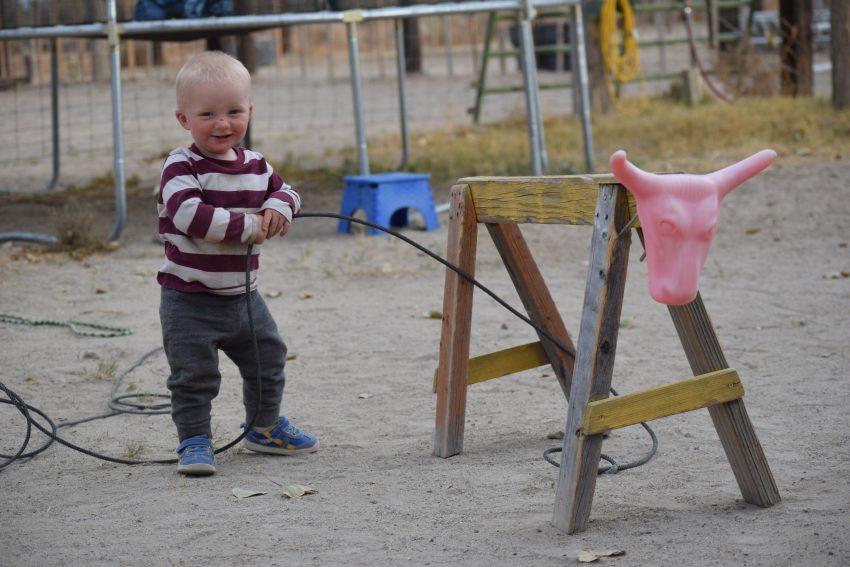 Ooooh, a burn from a baby that I personally birthed and nurtured. Well done, son. Well done.

After roping for a while, Milo decided to try his skills at the other end of the arena. Jim built him this bucking barrel, because Milo’s original cowboy obsession focused on bull riding. I’m hoping this will fade in time, because Mama prefers to see her child swinging a rope above his head rather than tying himself to a bull with one. 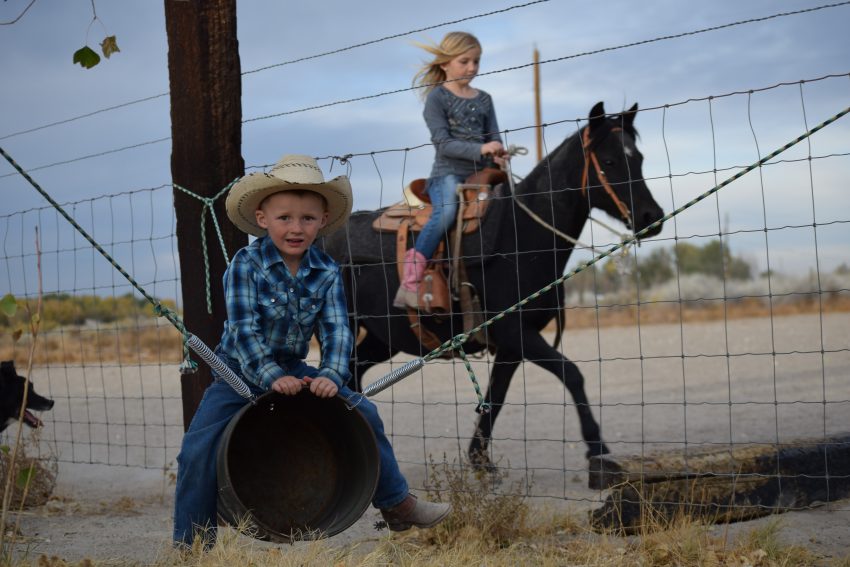 Grace rides the kids’ pony, Crow, in the arena while the boys play on the other side of the fence. The girl loves to ride, especially “jumping” over the railroad tie.

Grace and Crow: They’re quite the pair. 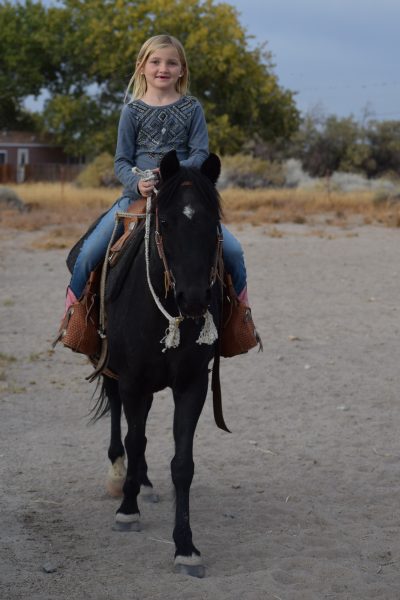 While his sister practices her jumping skills, Milo perfects the art of holding his free arm up while smiling for the camera. I think he’s got it down. 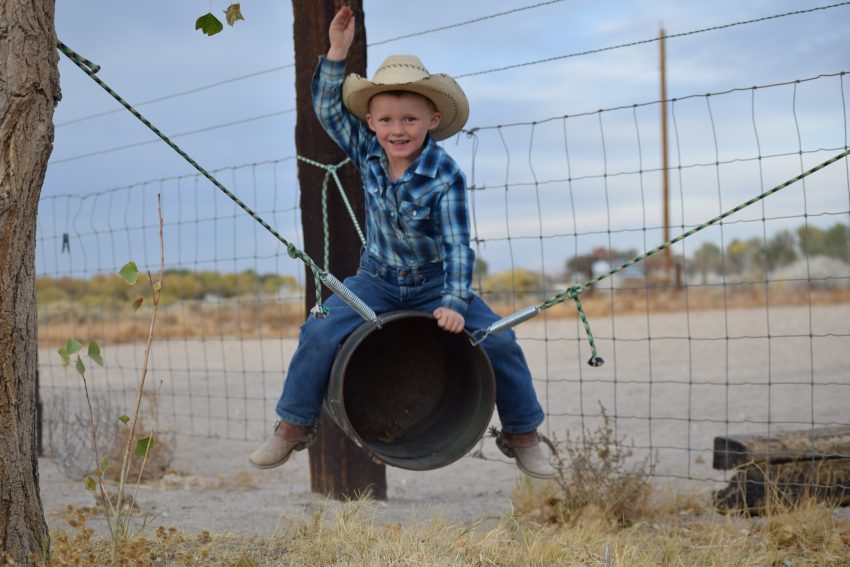 Then middle brother switches back to the other end of the arena. Because roping with little brother is way too much fun. At least, according to the expression on little brother’s face. 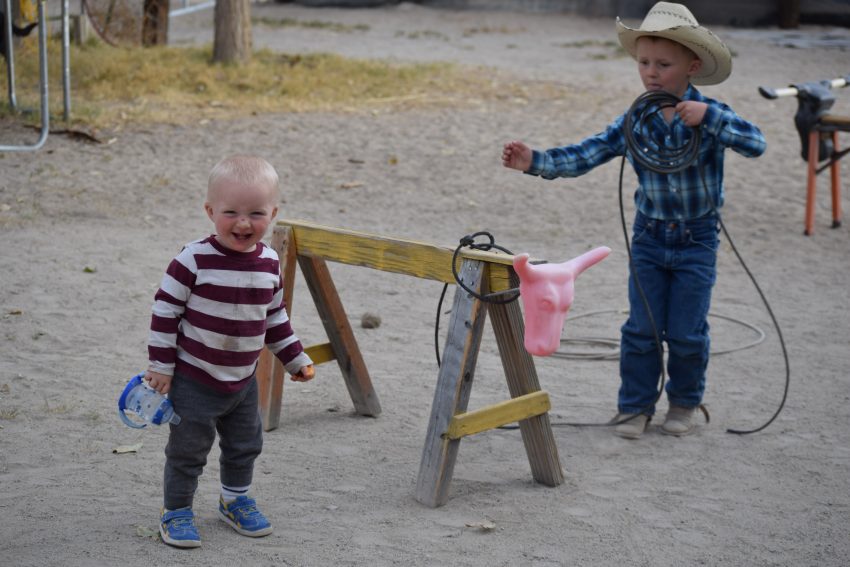