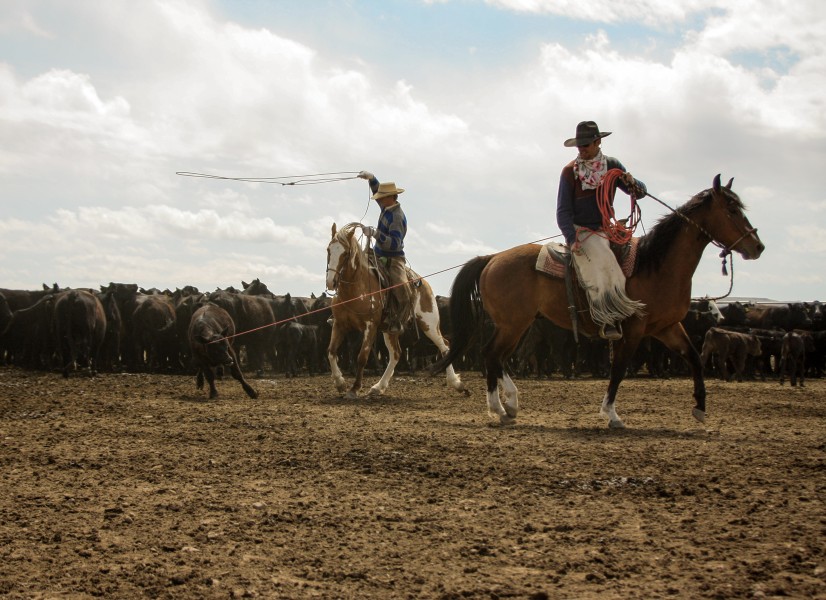 Shifting, left to right, right to left but nope, nothing was comfortable. I was sick of standing on my feet. We were about 5 calves in after we had just swapped ropers, and I was restless. We had a crew of four –  two up heading and heeling and the other two working the ground crew. I found a vaccine cooler to sit on but after we’d get a calf done my coworker would race me to the seat. It was a mini cooler; not the type that could fit two pair of filled out Levis. We spotted an old water trough and decided to flip it over and have a seat to solve this problem, and it was great! We had a backrest on the fence, a great view of the roping; we could have had s’mores if we had marshmallows, graham crackers, and chocolate because we had prime parking at a piping hot branding fire.

After a calf was caught we’d run out and administer its shots and apply the ranch brand. As the ropers went out to ‘lay it on’ another baby we would saunter back to our seat and plop down. We had branded about 4 calves and I started getting itchy. I am pretty comfortable with the guys on the crew, but I was starting to get a bit embarrassed because my rear kept itching – bad, and I was relieving it. I was going to town. Five minutes into my scratching game I made this announcement, “my hind end itches so bad and I have no idea why, but I am going to scratch it so don’t let it make you awkward. Chiggers must have migrated to Northern Nevada.” Davey, my ground crew partner, had to agree with me as he did a little scratching too. 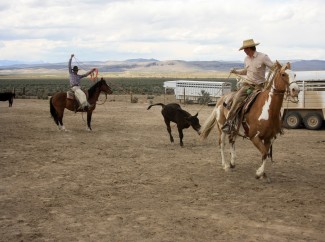 Our cowboss happened to work in the South for a while and he informed us there were no chiggers in the West. As we realized chiggers were out of the question we went and sat back on our tipped over water trough. I put my bare hands on the seat before I sat down and I felt the same burning itch in my palms. I looked at Davey and started laughing. We had a classic case of fiberglass ass. Thank goodness there isn’t an infestation of real chiggers in the west, but be on the watch for old fiberglass troughs lying wait all over the United States, they will give you a common case of cowboy chiggers.

I personally haven’t encountered real chiggers, but the way I have heard them portrayed sounds like the cowboy chiggers I experienced at this branding. Both have uncomfortable, but temporary symptoms.  All the stories I have heard about chiggers and fiberglass slivers end up very comical once the pain goes away. In closing remember chiggers don’t migrate and you should determine what your potential bench is made of before you take a seat.