He was an average sized, plain bay gelding and when I hired on to the New Mexico ranch, was in another guy’s string of horses. I soon discovered that there were three kinds of cowboys on that ranch: Real Ones, Wanna Bes, and Never Be. This bay horse Charlie was in a Never Be’s string. Every other day a bunch of us would go to gather and feed the calves that had been bought to run as grass cattle. They were in big pastures with mesquite, cholla and lots of tall prickly pear, so many hiding places. We would ride the pasture, gathering all the steers as we went and take them to the feed ground, which was by a windmill and fairly well in the middle of the pasture. We’d cake them there and doctor anything that needed it. A creek ran through this pasture and it was up to 15 feet wide in spots but only a few inches deep. On cold mornings it would have a rim of ice along the edges and over any pools. We’d have to cross this creek with the steers to get to the feed ground.
Without fail, as Charlie and his rider Tommy crossed this creek, Charlie would let a calf lag back and then make a really quick cowhorse move to get him back in the bunch. Also without fail, Tommy ended up in the creek. Now Charlie was quick, no doubt, but it was like Tommy woke up in a new world every day and never anticipated the fancy footwork that would lead to him getting soaked. I never saw him screw down, hang on or try to keep Charlie from doing it. We all thought it was hilarious since none of us had to ride the rest of the morning in wet, cold clothes. 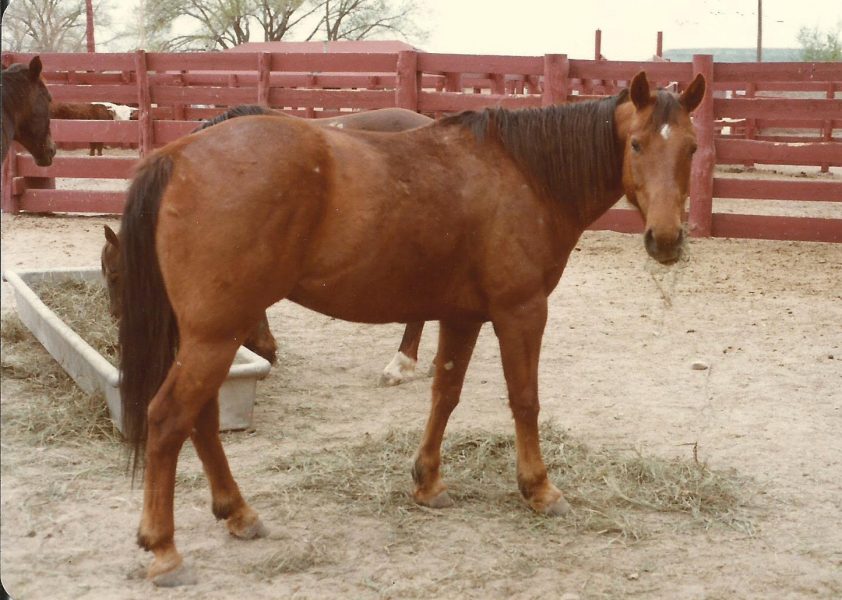