Cow camp living is so romantic that I went out and bought myself a Glock. I might have a different attitude if I was the one rolling my bed for a week or more of camping fun with horses and cows, but since I’m now the cowboy’s wife staying home alone in an empty house by myself, I wanted to be armed.

When we first arrived at the RO, Jim woke me up at about 5:30 on our second morning here and told me he needed the bed roll I was sleeping in. Where was the duffel bag? He’d be gone at camp for four or five days, he wasn’t sure if he’d have time to unload the horse trailer full of our worldly possessions before he left, and why was I crying?

I didn’t have a single dish unpacked to eat off of or cook with and I was about to be left without any manly muscles to help unload the furniture and heavy boxes.

“Where are you going?” Jim asked as I stumbled to the door and started to tie my shoes.

“I’m going to find whoever runs this outfit and tell him that if he doesn’t give my husband an hour to unload that horse trailer, it isn’t getting unloaded. It’s getting hooked up and parked somewhere, not the RO,” I said.

Luckily, the manager is a very sensible guy and gave Jim time to unload the boxes of his own accord, without a small angry woman chasing him down in her pajamas before first light.

Jim still does leave periodically for several days at a time to either go to camp or help the neighbors, though, so I wanted a handgun to protect me and our toddler daughter way out here in the middle of nowhere. Jim had me get a forty-five, which I was super excited about until I saw the ammo. Yikes! He wanted me to get something I only had to shoot once, though, and I think this will do the trick. 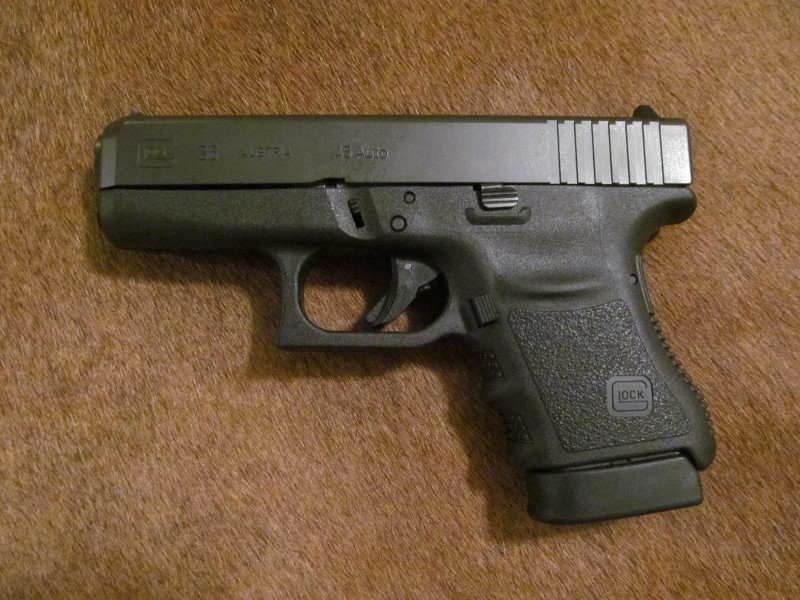 Mama’s packin’ heat now. Or, more accurately, Mama’s storing heat in the closet, but that doesn’t sound as cool, so I don’t say that.

After nine months of his camp trips, I finally have started sleeping better, partly due to the Glock’s presence and partly due to my adjusting to the daily routines of the ranch and the sounds of the house. The first night I stayed up till one-thirty in the morning, unable to sleep alone after being married for a couple years. I shopped online for a king-sized bed quilt, watched reruns of Friends, blogged about how much I missed Jim, and wrote poems about being married to a danged ol’ buckaroo until I was physically unable to stay awake.

And then Grace woke me up six hours later. After a few nights of that, I was sufficiently exhausted and able to fall asleep before midnight. Now, I sleep on Jim’s side of the bed (his pillow smells like him, in a good way) and wear one of his t-shirts to bed. I look down and see that orange stain from the cheap hot sauce he likes so much and I feel like he’s right here with me. 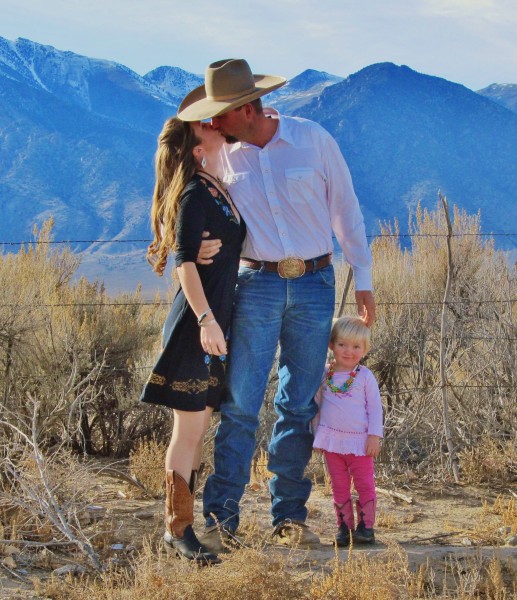 What do I do at the end of his trips? Kiss him like he just got home from cow camp!