In his lifetime of cowboying, Buck Walker has had a run-in with a wild cow or two. He’s butted heads with a horse in his day, and now, he is up against his biggest wrangle yet, colorectal cancer. In less than a week, friends and family of Buck Walker will convene in Montana to support him in his battle with a roast beef dinner and silent auction. The event will be from 11 a.m. to 2 p.m. Sunday, Jan. 20 at the Ekalaka Event Center, and all are welcome.

For those who wish to support Buck but cannot attend in person, checks can be made out to St. Elizabeth Church, with Buck Walker on the memo line, and mailed to Kim Tooke at Box 113, Ekalaka, MT 59324.

“Buck is just a good neighbor; he is just always helping everyone else out,” Tooke said. “We just wanted to help him with some of his expenses.” 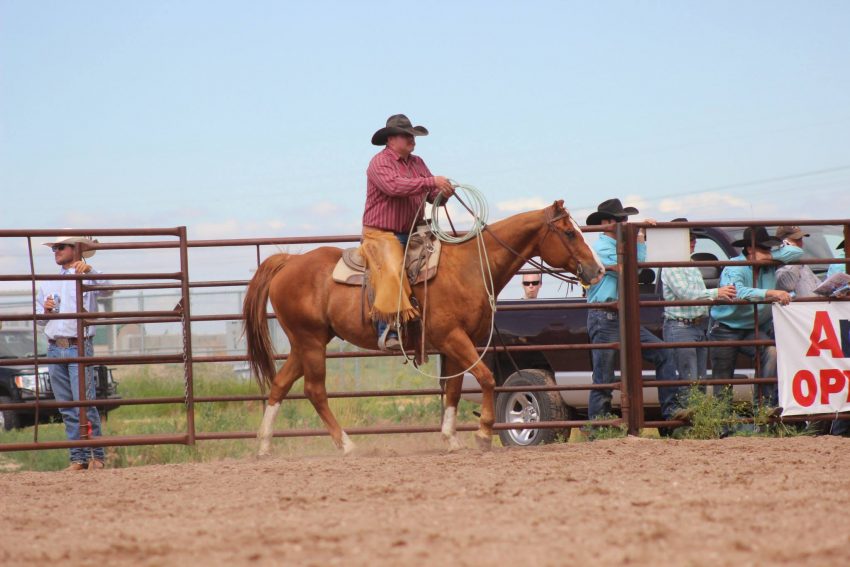 Buck has been feeling off for about a year, but he wasn’t sure where to place the blame for his pain and discomfort. All through last winter and calving, he was having stomach pains and diarrhea. Where once he was a man up early awaiting the sun’s ascent so he could get to work, he felt lackluster and tired. A physicians assistant in Ekalaka performed a colonoscopy, finding a tumor where his colon and rectum tie in. 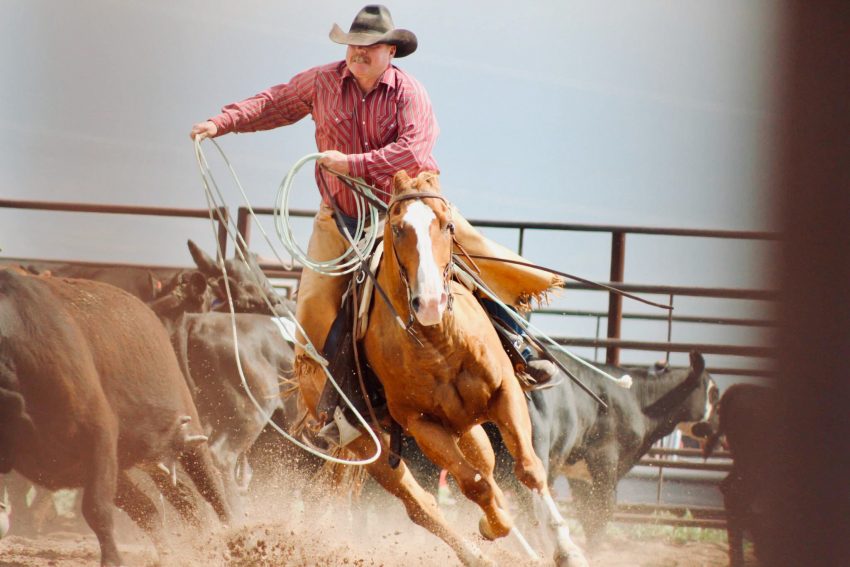 The next step for Buck was to head to Sioux Falls, South Dakota, where he had a biopsy that yielded a nicked vein that wouldn’t stop bleeding. The doctors made the quick decision to remove the tumor that was about the size of Buck’s fist. He recently had an endoscope in Rapid City, South Dakota, and his doctors agreed that he can have surgery to remove the existing tumor, then it will be determined if Buck will need chemotherapy and radiation.

“At first, it just sounded like it was a couple cuts, they would drag it out of me, and it would be over with,” Buck said. “The more it went on, the worse things got.”

Buck has worked for Jim Krise, south of Ekalaka, Montana, for about five years

“I like it here. There are good people, and I like the country. I’ve got some real good neighbors,” Buck said. “My boss has been real good about it. It’s pretty slow this time of year, and I don’t hardly feed the three-year-olds and up any hay. I want to get healed up by calving.” 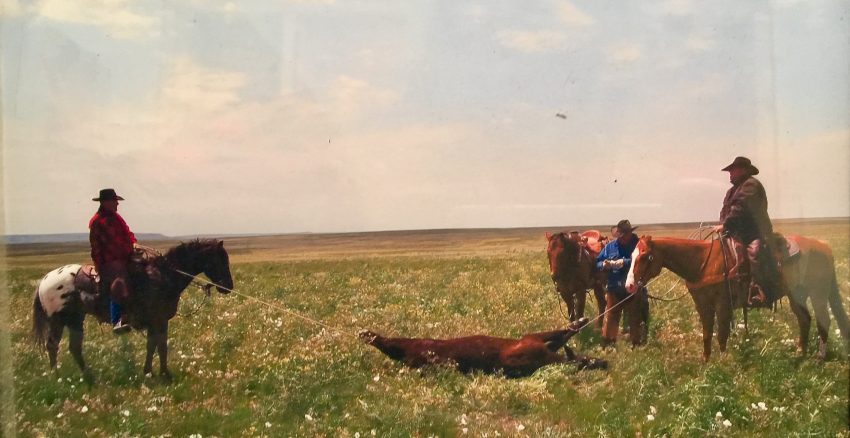 Small aside: I’ve known Buck for about a decade, and my husband has known him far longer. Four years ago, Buck invited my husband Boe to compete in a ranch rodeo in Cheyenne with him. We were living in Nebraska at the time, and weren’t totally loving life, just sort of floating through at jobs that weren’t getting us anywhere. At that ranch rodeo, Boe met the man who is now his boss. We essentially landed this position (where we’ve been for four years, the longest we’ve been anywhere in our lives together) through Buck. We owe a lot to him; and we know God puts people in our lives right when we need them.