Countless horse-crazy girls from multiple generations have grown up reading about the famous Misty of Chincoteague, immortalized in Marguerite Henry’s children’s book. Recently, a small herd of the iconic ponies landed in southern Idaho, where they are cared for, bred and trained by Jessica Raymond and her family.

Several years ago, Raymond moved out West with her family and a few horses, including her daughter’s Chincoteague pony. During a college business class a few years, one assignment required her to develop a business plan.

“It was then that I realized that I needed to be an ambassador for this amazing breed and be the one to introduce them to this part of the country,” said Raymond.

The family’s Island Pony Dream Farm currently has 15 Chincoteague ponies, 6 of which were born on the island and 6 of which are descendants of the famous Misty. The Raymonds plan to sell ponies to the public and offer pony rides at birthday parties and other events. They also want to promote the breed and develop awareness that a living, unique piece of East Coast history now resides out West.

JY: Why were you drawn to the Chincoteague ponies?

JR: I have always loved the breed since visiting the island as a child. They have the ability to excel in every area, are so sweet and eager to please. They are easy to train, super easy keepers, hardy and just a joy to be around. They have personality without the dreaded “pony attitude”. 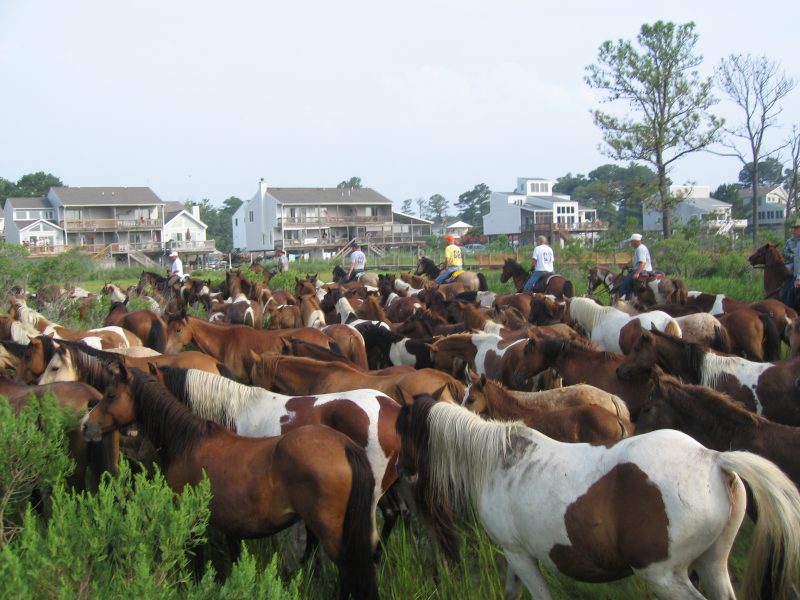 JY: How many ponies live on the islands?

JR: They are allowed up to 150 ponies on each end of the island. The Maryland side I believe is in the 80s for ponies right now. The Virginia side of the island which is the side most everyone hears about the herd is currently around 140.

JY: How did the ponies end up on the islands?

JR: The legend is that a Spanish galleon crashed in the 1700s and the ponies swam ashore. If you look at a map of shipwrecks along the coast, it’s not a far-fetched idea. Some don’t agree and believe that early colonists turned their horses out there. 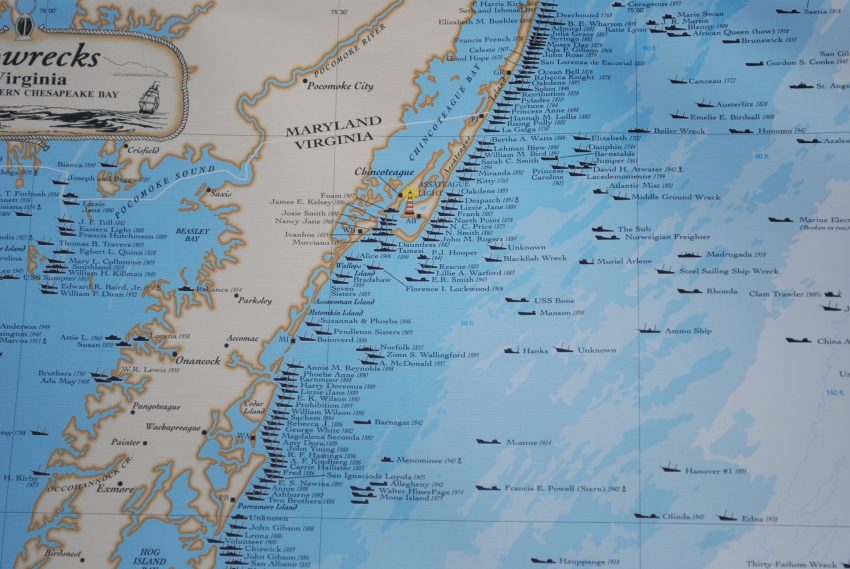 JY: Are the ponies overpopulated on the islands like wild horses out West are?

JR: No, due to herd management practices they are not over populated. The Maryland side of the island uses contraceptives in order to keep their herd numbers under control. The Virginia side uses their yearly auction of the foals to keep their numbers within their allowable 150 ponies.

JY: Can you tell me about the annual pony swim?

JR: The Virginia herd is managed by the Chincoteague Volunteer Fire Department, and they hold a pony penning at the end of July every year. Pony penning was started in 1925 after several disastrous fires on the island left the people feeling that their fire fighting equipment was inadequate. The ‘salt water cowboys,’ as they are called, round up the ponies and swim them across the channel at slack tide and take them to the carnival grounds. This process takes place over several days.

The day after the pony swim is the auction where the babies get auctioned off. Most get new homes off the island, but a few each year are tagged as buybacks which allows the winning bidder the opportunity to name a foal that then gets to live out its life on the island. These babies usually go for a lot of money.

The monies raised from the auction were to build a new fire station and these funds have over the years continued to help build new fire stations and equipment. They also care for the wild ponies in the harshest of weather, providing hay in bad winter storms and such. 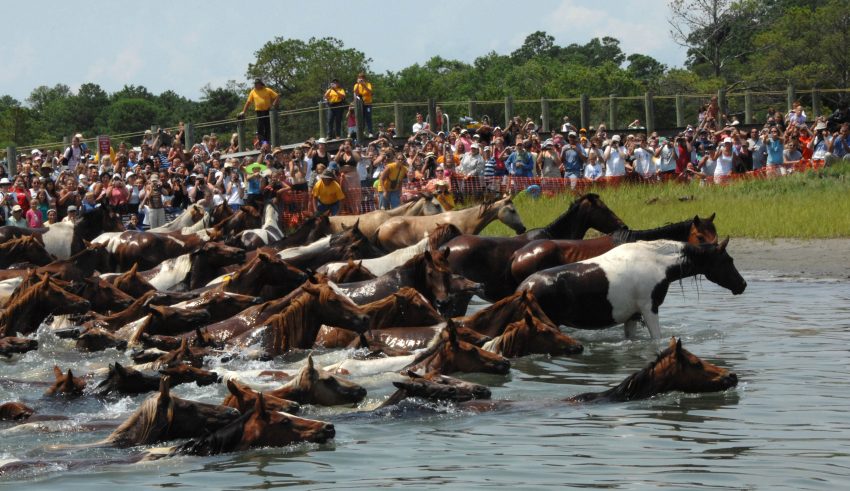 JY: How big are the ponies?

JR: Average height is between 12 and 14 hands, but there are many that have topped out over 15 hands. Most are stocky and well-built.

JY: What color are they?

JR: The ponies come in solid and pinto patterns in most colors. However, there aren’t any grays or solid whites.

JY: What are they used for?

JR: I have ponies that do everything from drive to jump to work cows to barrel race. Anything you want to do, they are willing to do it. They can excel in any arena from jumping to reining to anything you want to do. They also are nice sized for children to adults. I took a nasty fall from a large horse about 8 years ago and while I still have some larger horses I feel much more comfortable being a bit closer to the ground.

To learn more about the breed or Island Pony Dream Farm, contact Jessica Raymond at islandponydreamfar@outlook.com.