Catching the Hard to Catch Horse 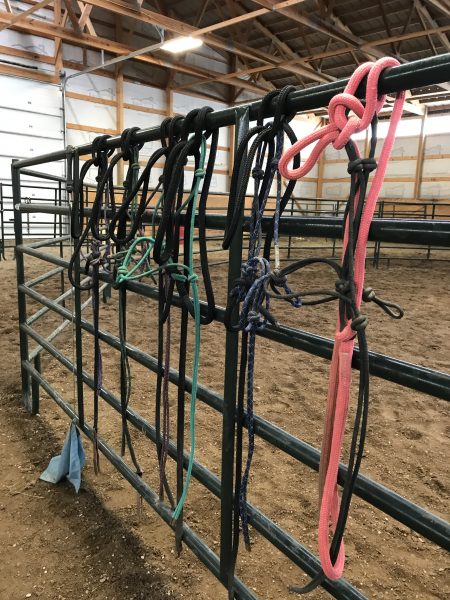 It seems like at least once a week, something pops up in my Facebook News Feed about someone having trouble catching their horse. I’ve been there too, no doubt. But, I’ve also learned a few things between the time that I was there, and now, that have enabled me to catch whatever horse I want in 900 acres if need be. And to be honest, at least in my experience, I’ve found that most of the time, the problem isn’t the horse. It’s us.

There are many factors that could give additional cues to the horse that makes him hard to catch: maybe we had a bad day, are in a hurry, have a bad attitude… and the horse will, no doubt pick up those cues. The first thing that I learned when it used to take me hours (literally hours) to catch my now retired horse, Gump, was that I was always late! Because the nature of horses is that of flight, the hard truth is this: until we up our game as horsemen, they’re always aware of us, before we’re aware of them. I had to change myself so as not to be late any more. I made a point to see where he was in the corral before I opened the gate and entered. I also made a point to make sure my attitude was a good one — not one of dread, or one where I found myself thinking, “Here we go again. This dumb horse better let me catch him today” as that sort of energy is certain to drive him away.

The next step in this journey was to make sure I was relaxed and willing to take as long as necessary to get the job done. In other words, don’t start this process half an hour before dark. Start it when you know you have time to finish it. Further, I typically had an agenda — catch him and ride him, duh! As a thinking individual, the horse should be allowed to have his own opinion on your attitude towards the latter. I cannot even begin to tell you how many times I would catch him, let him go, and start over again. Some days I didn’t ride him because I needed him to learn that catching didn’t equal a 5 hour ride.

Now, I’ve got a couple of things working in my favor:

I’m aware of him before he’s aware of me.
I’ve sent my agenda into the depths of hell for the sake of catching my horse. I’m going to do whatever necessary to help him want to get caught.

The goal in catching your horse should be to help him get his feet still, which will in turn allow his mind to become still.  He then becomes a willing participant in your ride. “You get to the mind through the feet”, says Ray Hunt.

That’s true for riding and for catching your horse. That doesn’t mean, that you chase them into being caught. It means you direct his energy and his direction so he realizes, you’re directing his feet.

Hopefully these tips will help you next time you head into the corral to spend some time with your equine friend.