Branding: More than Just a Job to do 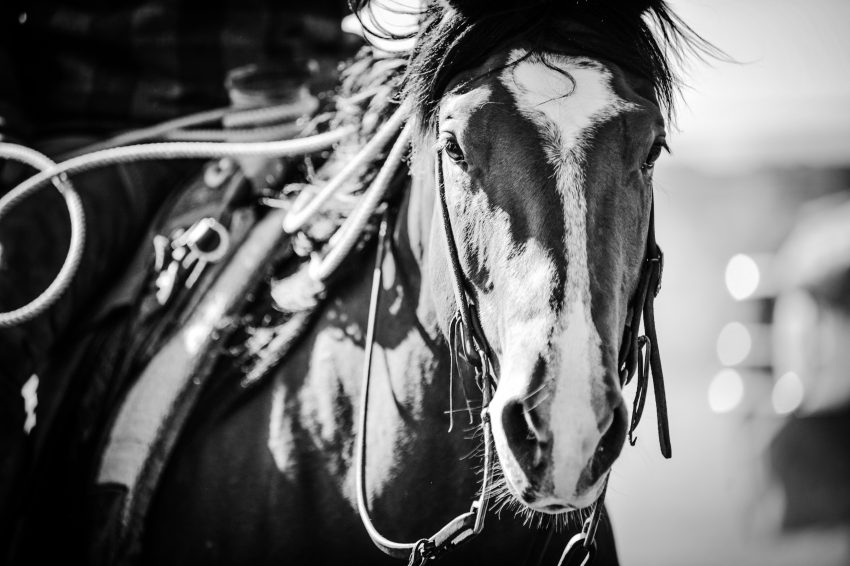 I was invited to photograph our friend the Wasserburger’s branding a few weeks ago, and I jumped at the chance immediately. There are so many good moments to soak in at brandings from a cowboy perspective: those neat horses like that of our friend and coworker Clay Ashurst’s Tebow, that daintily slinks through the herd of calves with his ears pinned, then as soon as a calf is caught and the rope is 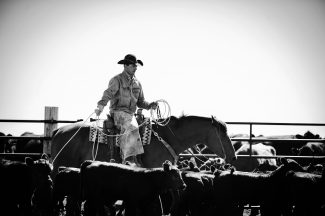 dallied, his ears flick up and he heads straight to the fire. He could do his job bridle-less and still be just a great.

Or seeing the teenage kid, our friend Wade Printz, roping alongside world champion steer wrestler Jason Miller and keeping pace with him, all while both smile and enjoy the beautiful morning, or pitch their head back and slump their shoulders a bit for missing that shot that could have been perfect. 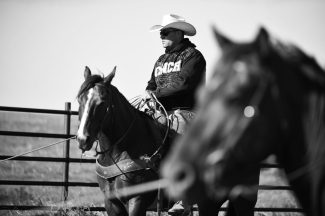 Or watching that perfect heel shot get laid in while the calf stands, unaware of the necessary discomfort about to head his way. Or appreciating a branding so laid back that the calves lay scattered through the pen as ropers drag other calves by, undisturbed and unconcerned. 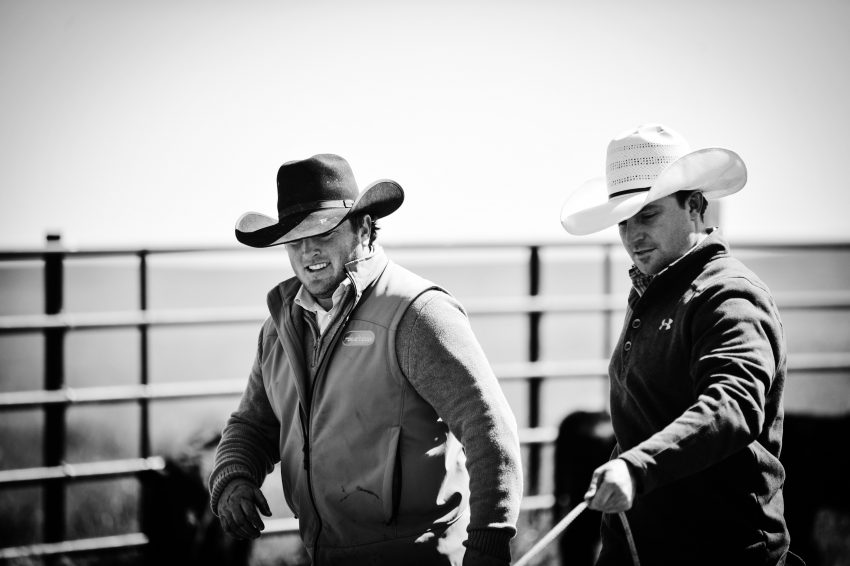 From an outsider’s perspective, there is so much more to a branding, and I’m sure others see it as well. One-year-old Henry, who is the fifth generation of the century-old ranch, is at the branding for the second year, but this time he is up in the saddle with his mom, or moving calves back into the catch area with grandpa on the other side of the family (the non-ranching side). 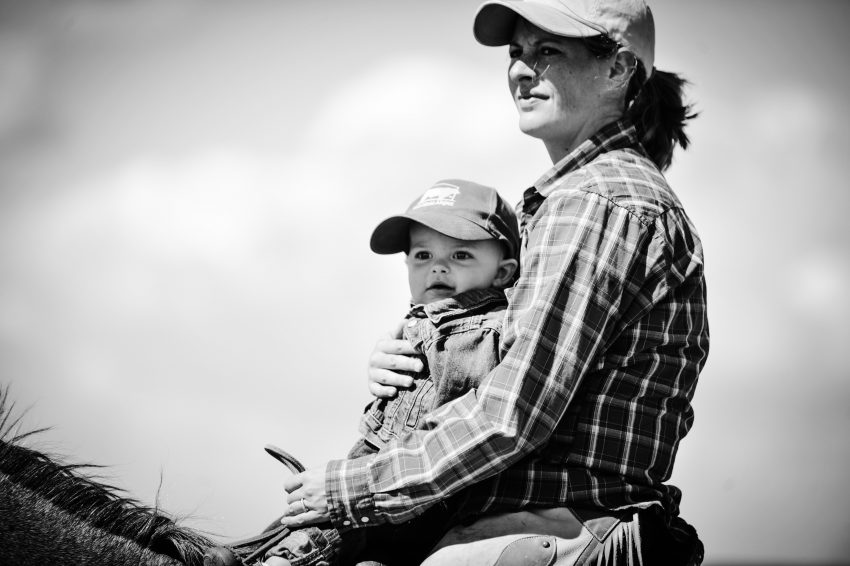 It’s about Henry’s grandma, also on the non-ranching side of the family, who is not from a ranching family, vaccinate calves for the first time while getting help from the neighbor, who lives miles away, but is still a neighbor, because anyone between the two towns that are 85 miles apart is considered a neighbor. 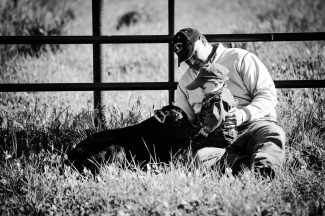 Brandings are for watching Henry’s mom catch her first two heels of the day, going to the horn, and dragging that calf to the fire to get branded with the brand of her husband’s family, now her family, as peals of “Yeah, Annie!” are sent skyward from the whole crew waiting with abated breath. It’s about the breaking to eat six-dozen burritos and rolls that took hours to make the day before, but the crew devours them so they are made from scratch in the days leading up to every branding. Brandings give older generations the chance to quietly correct and teach younger generations, as well as look on as the “youngsters” create their own way to accomplish cowboying tasks. 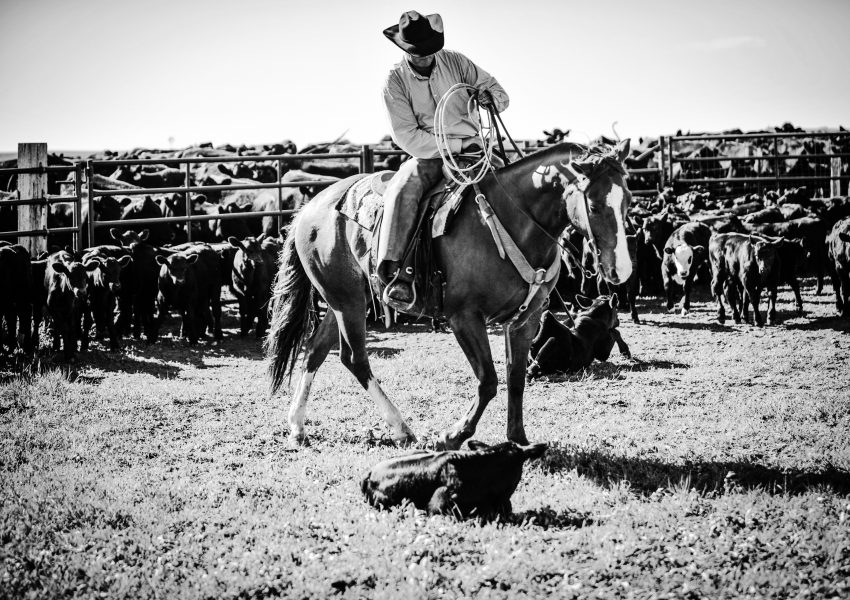 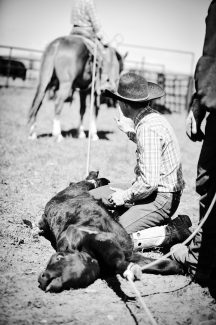 It’s an event regarded as one of the most looked forward to come spring for those involved in the branding, whether roping, wrestling, vaccinating, or wielding the iron, but it’s especially spectacular through the eyes of a spectator there to photograph the sweet or slick or punchy moments throughout the morning or day. It’s more than just working cows and branding, vaccinating, and castrating calves. It’s about the small moments in between, celebrating an excellent catch, sending a quick grin to a loved one for a small job well done, and gathering together to complete a job in the most fun manner possible.

I owe a big thank you to the Wasserburgers for inviting me to photograph your branding! I thoroughly enjoyed each moment, big and small, throughout the morning. And that burrito, it was a good one!

Read about the Wasserburger’s 101-year old Bootheel 7 Ranch north of Lusk, Wyoming, here, and view the rest of the photos from the branding here, as well as a few more below. 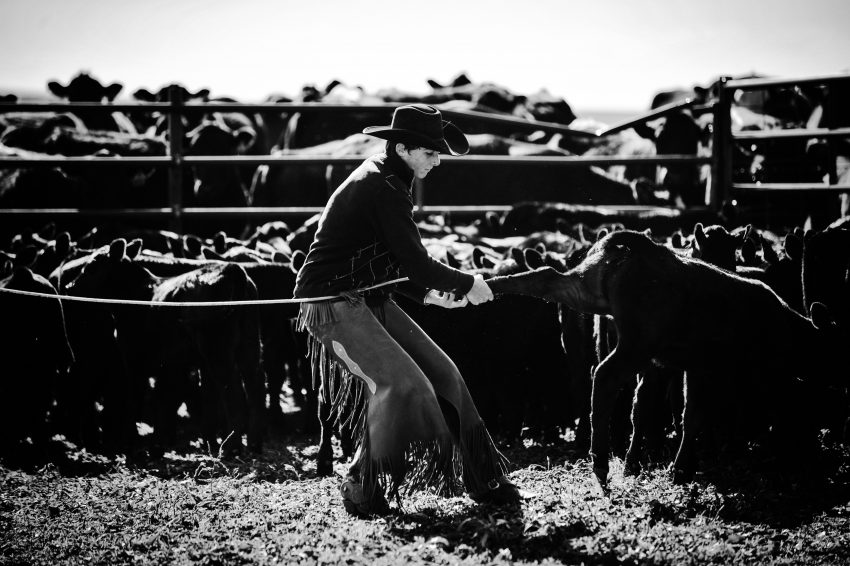 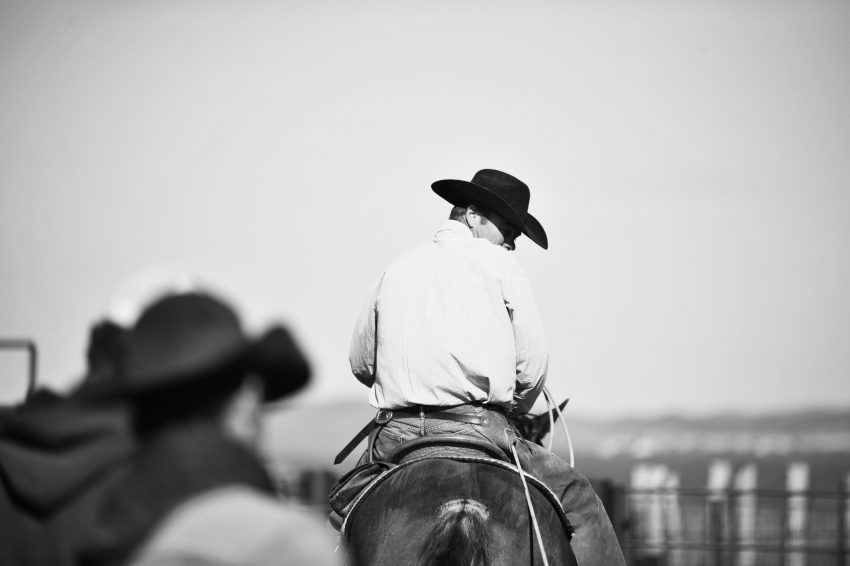 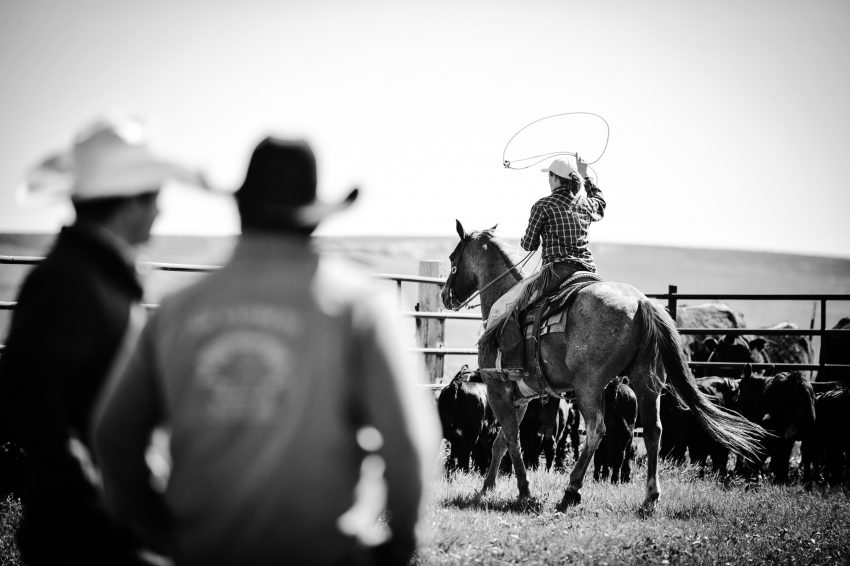 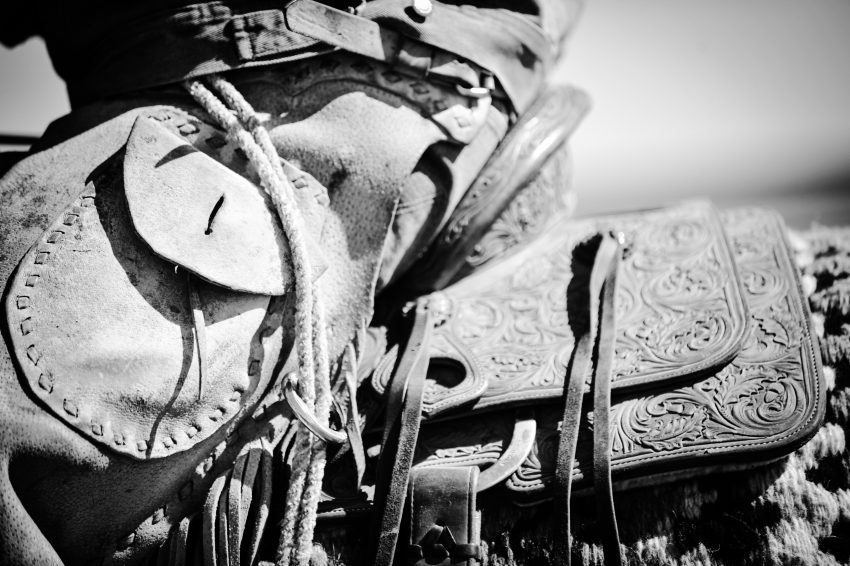 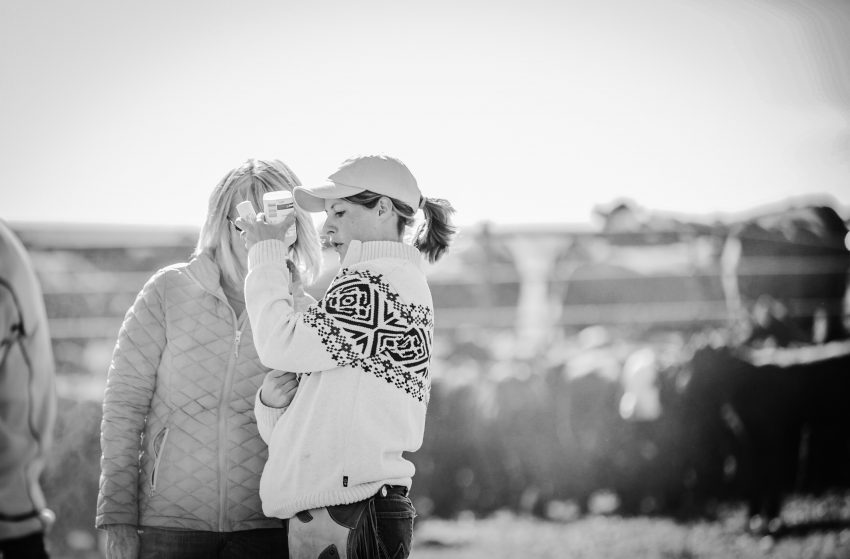 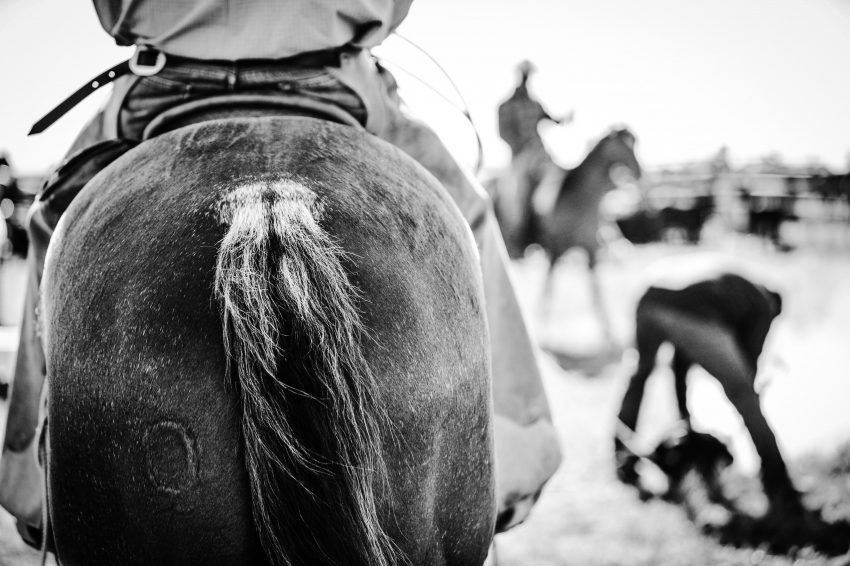 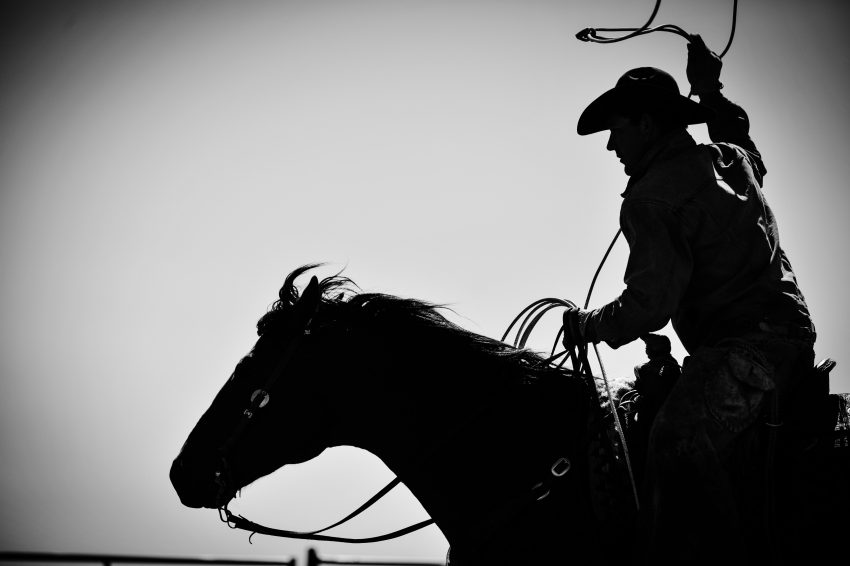