Badger and the Queen 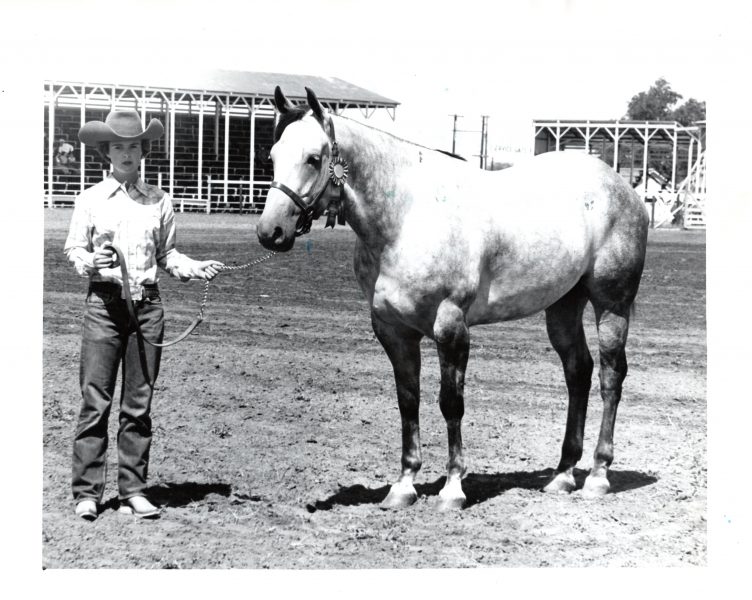 One of the first Miss Rodeo Americas rode a special horse.

The gray horse known as Badger was purchased for her by her granddad, Guy Hunt, who she knew as Gramp, when she was sixteen years old.

The horse, who was 15.3 hands and “drop dead gorgeous,” Dallas said, carried her in the barrel racing and pole bending at high school rodeos and rodeos across the state. 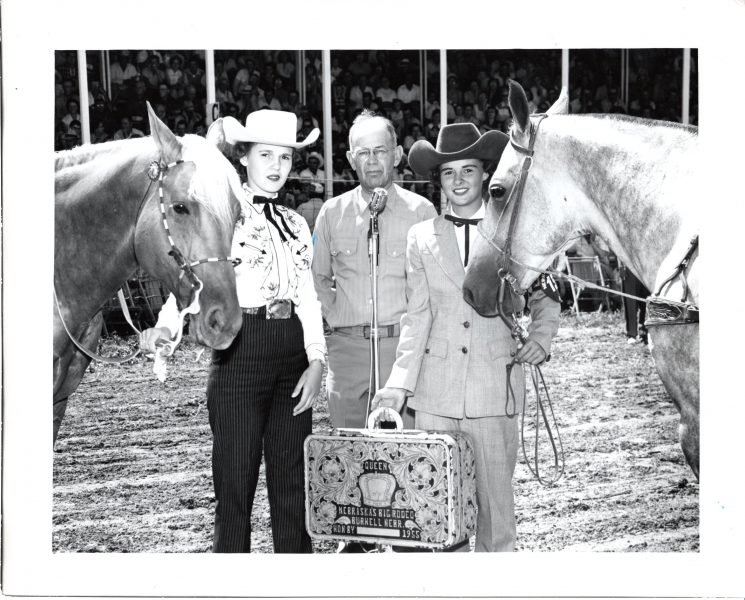 Badger stands in the arena with Dallas as she is crowned as the 1955 Burwell (Neb.) rodeo queen. Photo by James Cathey.

She also rode him at quarter horse shows, winning the grand champion gelding halter award at the Burwell, Neb. show in 1954.

When Dallas tried out for the district contest, to represent Nebraska at the MRA pageant, barrel racing was part of the competition. Candidates brought their own horses and made a first run on their own horse, then drew from the other candidates’ horses for the second run.

Badger could be “a handful,” Dallas said. “You had to ride him correctly or he might decide to dump you off.” The poor queen candidate who drew Badger got “dumped off” during her run.

Badger’s sire, Grey Badger II, was born in 1941 on Walter Merrick’s ranch in Oklahoma, and was sired by Midnight Jr and out of Grey Annie by Billie the Tough.

Dallas took Badger with her on the Miss Rodeo America trail, riding him at rodeos across the nation. Cowboys “badgered” her constantly, wanting to buy her horse. But she never sold him. 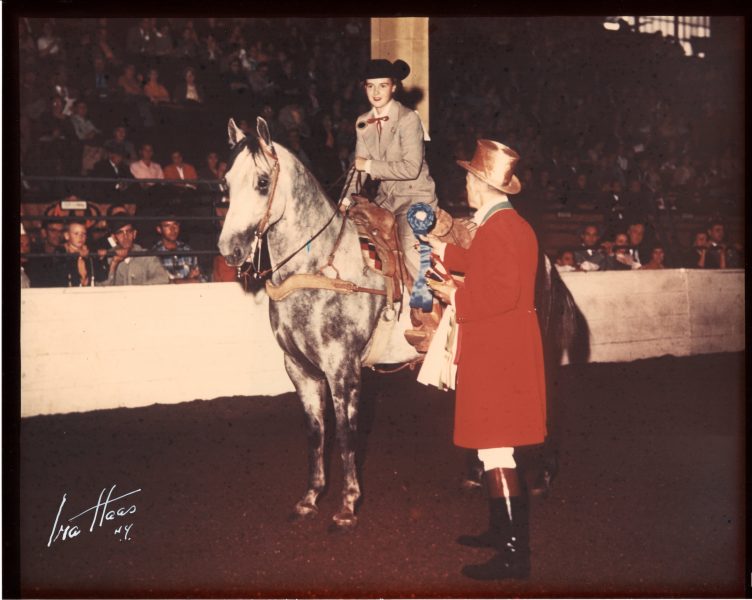 Dallas was champion in the 18 and under horsemanship contest at the 1955 American Royal Horse Show.

Dallas remembers an interesting situation when she and Badger won grand champion at the 1954 AQHA show in Burwell. She and Badger tied with another horse and the judge couldn’t decide which should win. “He made us saddle our horses and do a rollback,” she said. “That was the talk of the town,” she said. The other rider couldn’t do it, so Badger won. Dallas loved her horse. “He was such an athlete.”

By the time she was 20, she was on to the next phase of her life, and didn’t come back to horses for two more decades.

But Badger never left the Hunt family. He had carried Dallas’ cousin, Barbara Arendt Laflin, through her reign as the 1953 Burwell, Neb. rodeo queen, and in the fall of 1958, when Dallas became a flight attendant, he moved to Barb’s place near Olsburg, Kansas, where he taught Barb’s kids how to ride and rope. He remained on the Laflin Ranch until he passed away at age thirty.

“He was a once in a lifetime horse,” she said. “He was his own boss. He and my grandfather taught me everything I knew about horsemanship and proper riding.” 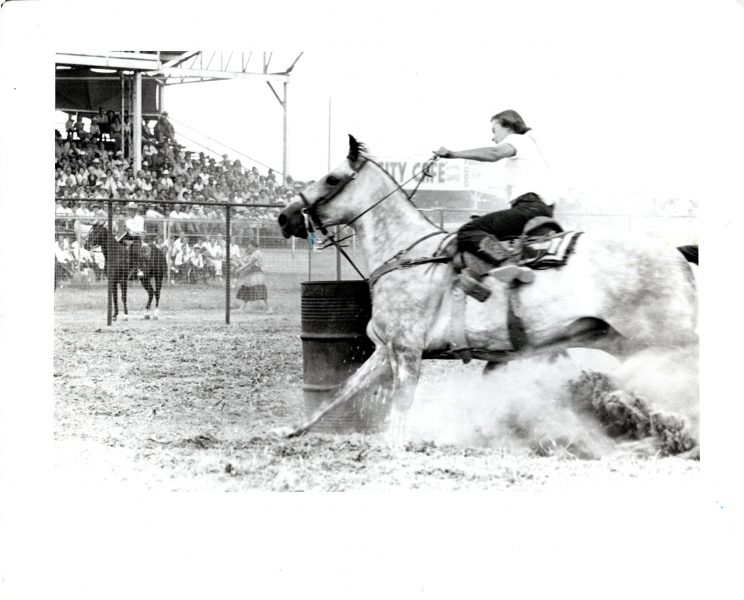