Identity and monetary fraud is a battle in our current technology-filled world and while certain methods of payment are safer, such as PayPal and money orders, there are still ways in which one can be duped, especially while selling horses. My husband and I don’t sell many horses, yet we were still the almost-victims of fraud. There are several warning signs to look for, which are illustrated in these real emails from someone trying to get us out of $500, plus a horse. I’m unsure how far this would have gone had we bought into his scheme.

First off, this buyer claimed he was on sea for work and that we would have to pay the shipper via Western Union, though he would cover shipping costs by paying us the total for our horse plus additional needed for shipping. He didn’t have a debit card on seas, and his shipper would not accept PayPal, only Western Union. 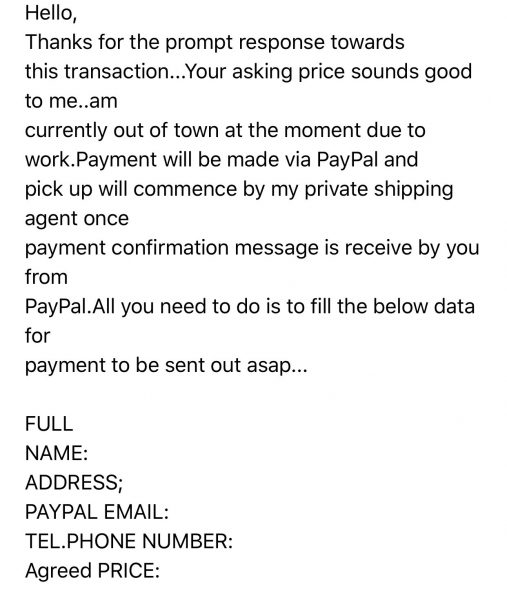 Claiming to be an “honest and trustworthy” person scared me even more. He did send us information for his shipper, which, after a thorough search, I could find no information on. It is easy to create a second name and accounts for the purposes of fraud, or pull a friend into the scheme. He had no problem with the price of our horse, which is nice if he was actually going to pay that, but most folks will offer just a bit lower, and this is actually a good thing in this instance. 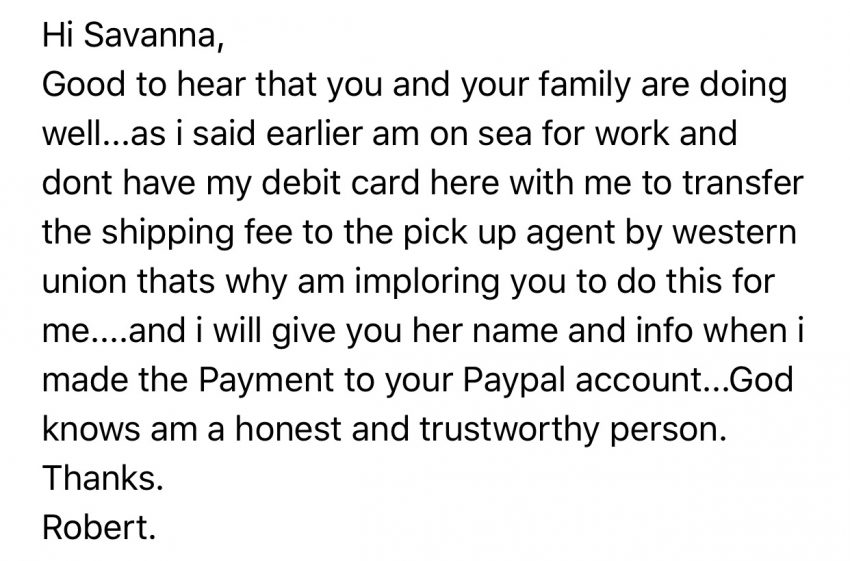 Robert sent us a very official-looking PayPal email that was even from PayPal as the sender. He outlined the terms he had described, that the money is basically between the two of us and when we send receipt of paying the shipper, the funds would transfer into our account. PayPal has nothing like this service. They do not hold funds. There are also slight mistakes through the email that PayPal would not make, such as “United State.” Upon checking my PayPal account, it was just as it seemed, there was no proof of payment. PayPal is instantaneous, and if a transaction has sent, it should show up almost immediately. 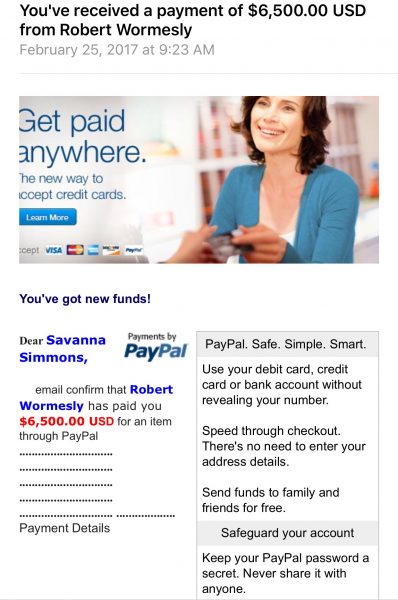 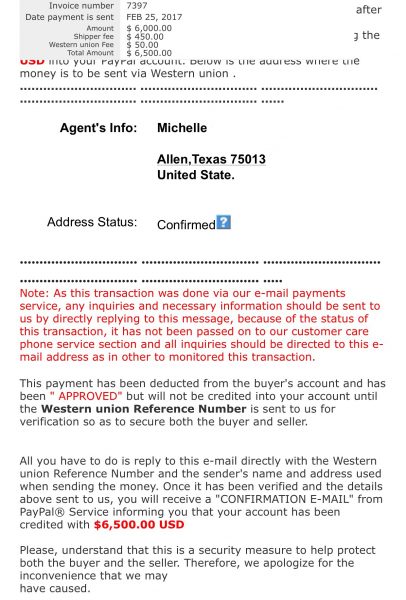 As we suspected, this was, of course, an example of fraud, and luckily we didn’t buy into his attempt to get us out of some money. The most important factor is to follow your gut. If you suspect you are being faced with fraud, talking on the phone can also be a good way to gauge if a person is being honest, and for all sales, be sure the money is in your pocket or account before releasing the horse. Checks are also the oldest, easiest way to be a victim of fraud, but beware of new-age methods. 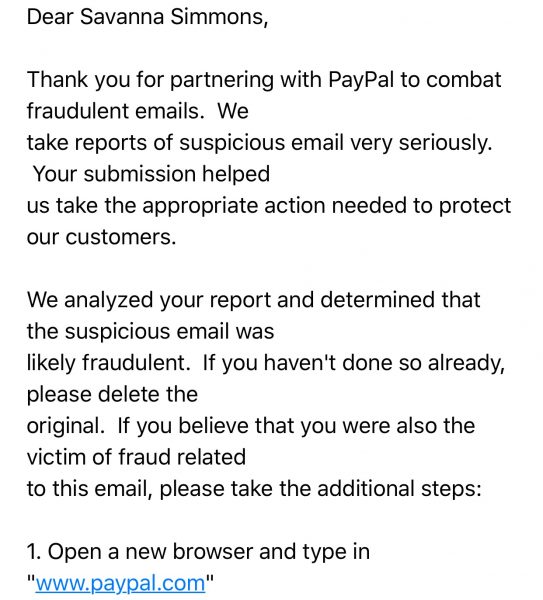