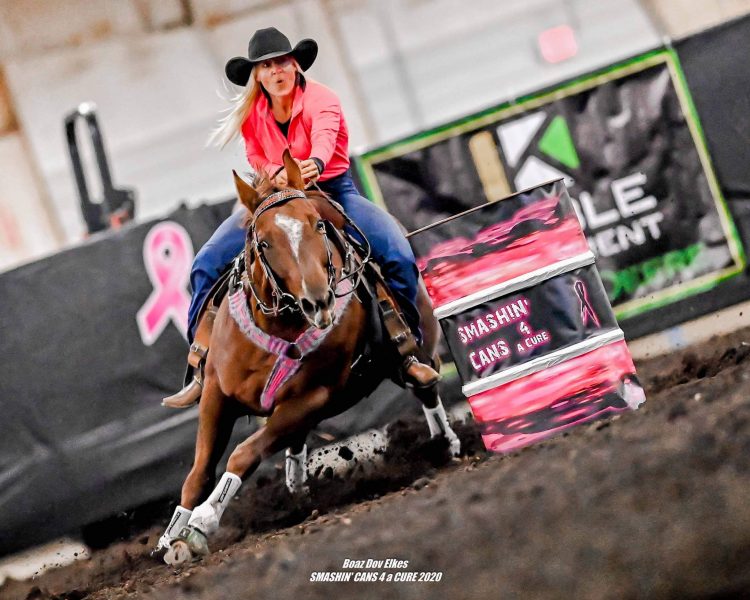 Summer Kosel aboard her young horse, Apollo. The seven-year-old gelding has only been a barrel racing horse for a year and has carried his cowgirl to wins at several rodeos this year. Photo courtesy Boaz Elkes.

Summer Kosel has a horse that she says is “blessed by the blood of Jesus.”

FirewaterFrenchFame, “Apollo,” a seven-year-old gelding, carried his jockey to her first Badlands Circuit Finals Rodeo qualification in October, and to a top 50 finish in the WPRA 2021 world standings.

Raised by Carol Warren of Oregon, he was purchased by the Andersons in Nebraska, who intended him to be a rope horse. But when that didn’t work out, they had Emilee Pauley start him on the barrels.

The horse had no more than sixty days on him in the barrel racing, when Kosel saw him make his first competitive run at a jackpot with Pauley.

She had been looking for a horse sired by Aint Seen Nothin Yet, Apollo’s sire, and she was impressed with him. Apollo is out of Fire Water Flyer.

So a week later, Kosel purchased him.

Kosel’s first rodeo with Apollo was in June in New Town, N.D., where his pattern was “a little wild, but he listened well,” she said.

She knew, after that run, he was all she thought he was.

At his third rodeo, at Belle Fourche, she prayed over him, like she does before all her runs. They were seventieth in slack. “He ran in there, just made a nice run, and won the rodeo.”

One time, she wasn’t ready for his pre-rodeo ritual. “We had a mishap. He jumped in the air and the reins went over his neck.” 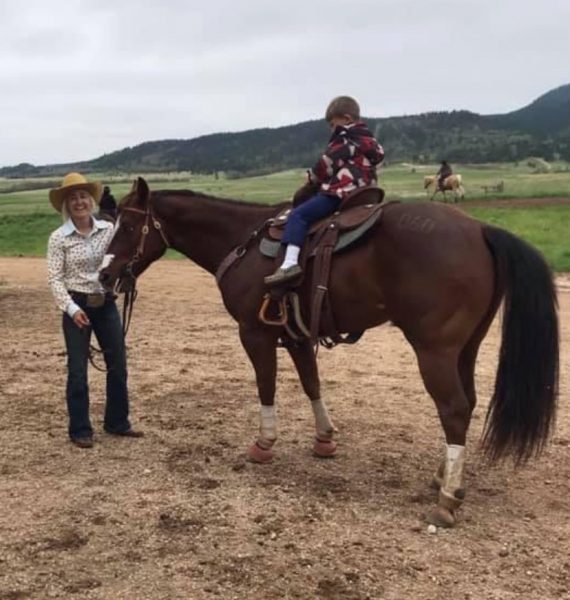 Courage, Summer and husband Kevin’s youngest son, often rides Apollo. “As soon as I throw Courage on his back,” she said, “he melts down. I think Courage is his favorite human.”

She knows Apollo is a blessing, because the seven-year-old is “grown-up” beyond his years.

“The mental and physical maturity of a horse has to come together, for them to get it together, and you have to season them for a long time,” she said. “That’s the part that was most shocking for us. We went from (barrel racing) derbies with not a lot of chaos and a controlled environment to bam, here’s a pro rodeo with flags and banners and he still went in and did his job.”

She determined this year to not rodeo too far out of the circuit.

“When we started this, I made up my mind I wasn’t going to run his legs off. I’m more worried about keeping him healthy than really going super hard down the road.”  Ranked 47th in the world standings will allow her to qualify for the big winter rodeos next year, if she chooses to compete nation-wide.

But for now, she’s enjoying her horse.

“He’s been a huge blessing. He’s something pretty special.”