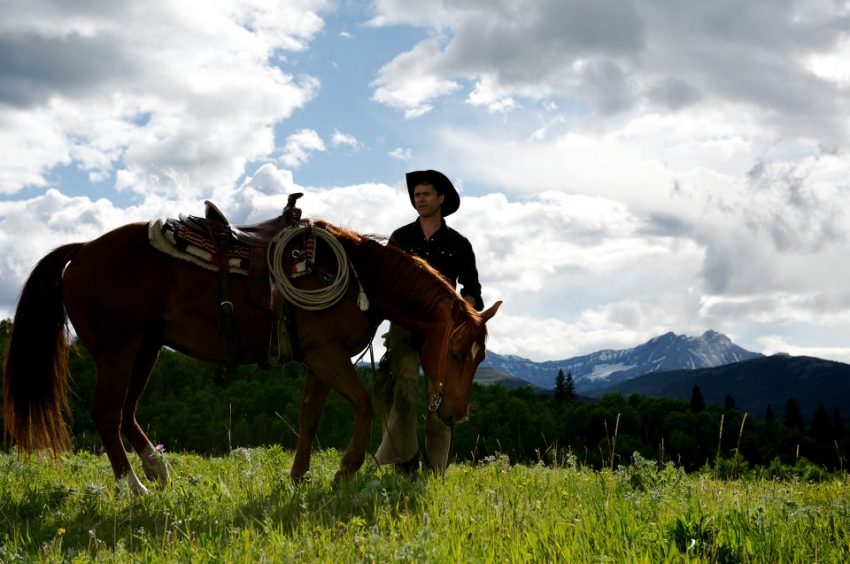 Corb Lund has an original sound and a genuine personality to back it up. What makes Corb Lund’s songs so great is that they evoke emotions of all kinds. The wide variety of song styles, subject matters, along with Corb’s intellectual ability to put it all together, make it so a person can listen to his music all day. Some of Corb’s songs are a history lesson, others make you laugh, and some tug at your heartstrings. One thing runs true through all the variety of Corb Lund music and that his uncanny way to describe real-life with a catchy beat. Growing up on a ranch and rodeoing as a youth in Alberta, Canada, Corb Lund is an excellent example of a Real Cowboy Singing Country Music. 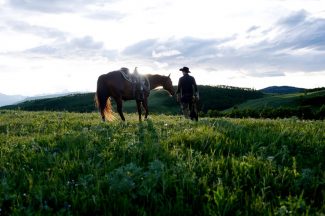 Corb Lund comes from a long line of cowboys who ranched and who were successful in the rodeo arena. “It’s kinda of funny because both sides of my family have a very parallel history as they came up to Alberta from Northern Nevada/Utah area around the turn of the century. I’d say my grandpa was the last generation to get to just ranch without an outside added income because as the years go by it just gets harder to make a living ranching. My dad was a large animal vet so he divided his time between that and the ranch. I grew up ranching and riding, but I am on the road pursuing my music most of the time these days, but I do enjoy it when I get to go home and help.” 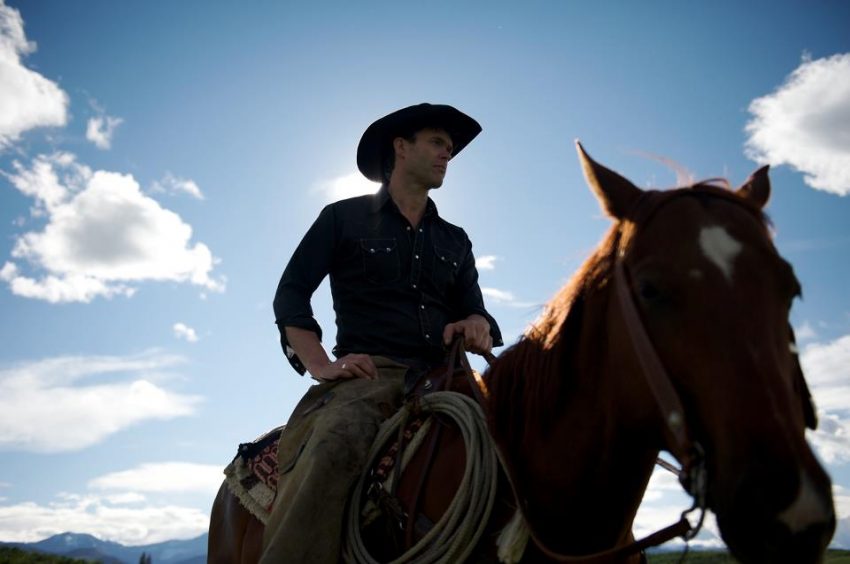 Corb Lund’s father, DC Lund, who was a champion bull dogger, is a Canadian Pro Rodeo Hall of Famer, and he served on the CPRA board in 1974 and ’75. His mother, Patty (Ivins) Lund, is a legend having been the first barrel racing champion of the Calgary Stampede in 1959. Going back one generation further, Corb’s grandfather, Clark Lund, won the All-Around in Calgary in 1939! Not only that, but Corb’s grandfather also competed in rodeos at Madison Square Garden, Boston Garden, Australia, and London, England. Going back even farther, Corb Lund’s great, great, great grandfather, Paul Lund, came on a boat from Denmark with some Danish cows, but unfortunately lost them all due to troubles at sea. “I guess you could say my family has had cows around for several generations.”

“Being on the road, playing shows, and spending time in Nashville and Texas keeps me away from home about two-thirds of the year… so I don’t get to be horseback chasing cows around as much as I’d like. Ian Tyson told me once that ‘it is hard to do both if you are taking your music seriously.'” Corb Lund has released nine albums, two of which are certified gold and one of which is certified platinum. So I’d say he’s taking his music seriously.

“There’s kind of a vacuum left on the radio now because there’s hardly anyone playing real western stuff anymore. Marty Robbins and Chris LeDoux are gone and pretty much off the radio now so there’s very few in music representing the western lifestyle. I have a deep kinship and I am comfortable writing about the American and Canadian West. Even though not all my songs are ‘chasing cows down the dusty trail’ they are a combination of western heritage and living in 2018. My songs aren’t all old timey sounding, they are more quirky. I kind of have a sub niche, ‘Agricultural-Tragic!'” Corb Lund

I think everyone knows someone who fits the description in Corb Lund’s song ‘Hard On Equipment!’ This song is a fun example of Corb Lund’s witty, realistic, lyrical style.

‘Horse Solider’ is a song that gives you a history lesson and speaks from the horse’s point of view that most people wouldn’t normally think of. I asked Corb how he puts historical events into songs like this… “I just read a lot. My dad got me into reading and both of my grandmother’s were school teachers. I just try to let my song writing process come naturally.”

‘S Lazy H’ is a sad song and unfortunately relatable to many ranchers who have had to deal with inheritance issues and loss of the family ranch.

‘Bible On The Dash’ is a funny, feel good song.

My grandpa was in the cavalry and I know he would of liked ‘I Wanna Be In The Cavalry.’ 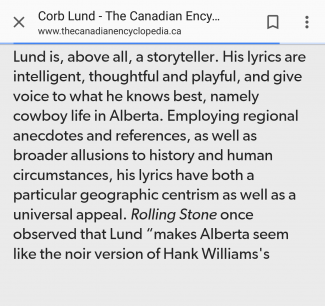 I think this quote from http://www.thecanadianencyclopedia.ca/en/m/article/corb-lund-emc/ explains Corb Lund well.

You might be surprised to know that Corb Lund took a year of jazz training. Then at the age of 19 and through his early twenties, Corb Lund was in a rock band called The Smalls. I guess like Chris LeDoux, Corb is similar in the way ‘Even Cowboys Like A Little Rock And Roll.’

Corb told me “I’m happy to be playing at Chris LeDoux Days. He was a great singer/songwriter who also had a variety of song styles. I have become good friends with Ned and Will LeDoux, so it will be a fun show.”

Corb has a very busy show schedule and plays all over! There is chance he could  playing somewhere near you… check out his tour dates –https://www.corblund.com/#tour-dates 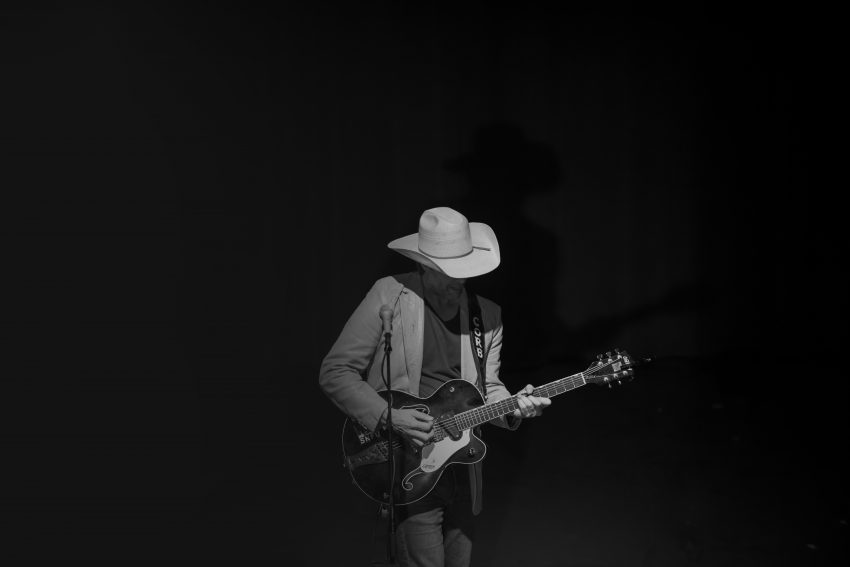