A Different Kind of Covergirl

The 2020 Montana Circuit WPRA Barrel Horse of the Year award has gone to a model.

Well, the ten-year-old bay mare may not be a model, but her name is Covergirl, and if you could ask her, she’d probably agree that her moniker fits her.

The horse is owned and ridden by Lindsay Kruse and came to Lindsay’s place a s six-year-old.
Covergirl, whose registered name is Crown N Fame, had been trained but hadn’t been to a rodeo, so Kruse spent the year of 2017 seasoning her.

It didn’t take much; Covergirl carried her rider to the Montana Circuit Finals Rodeo that year, and again in 2019 and 2020. And the only reason Kruse missed the 2018 circuit finals was because she was pregnant with her third baby.

Kruse bought the mare from a woman in Washington and loved how pretty she was. “She’s not really big, but she’s got a long mane and a long tail. That was the first thing I noticed, when I walked up to her. And she’s built the way you want a barrel horse built.”

Kruse had never been crazy about riding mares, but Covergirl has changed her mind. “When I started looking for a horse, my dad said, no mares, but I went and tried her. She’s definitely changed my mind on mares. I never cared for them much till I owned her.” 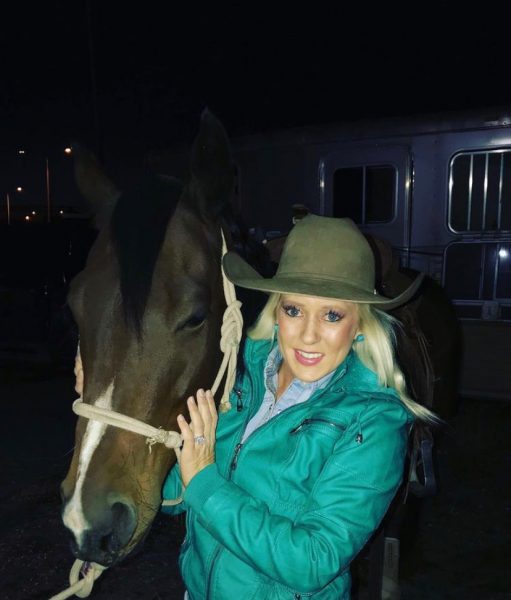 The mare loves attention and is easy to get along with, Kruse said. “She’s very easy going, with traveling. I can take her by herself and she’s great, or I can take her with other horses and it doesn’t seem to make a difference in her performance.”

But, like a lot of mares, she has her moments. “She’s the queen bee,” Kruse laughed, “and that’s the nice way to say it.” Lindsay and husband Jesse, the 2009 PRCA World Champion Saddle Bronc Rider, have three kids. Their daughters are ages nine and two, and their son is nearly six years old. The mare is “good with the kids, but every once in a while our oldest will go out and pet her and say, ‘she tried to bite me.’”

The 2019 rodeo season was Covergirl’s second year to win Montana WPRA Barrel Horse of the Year. 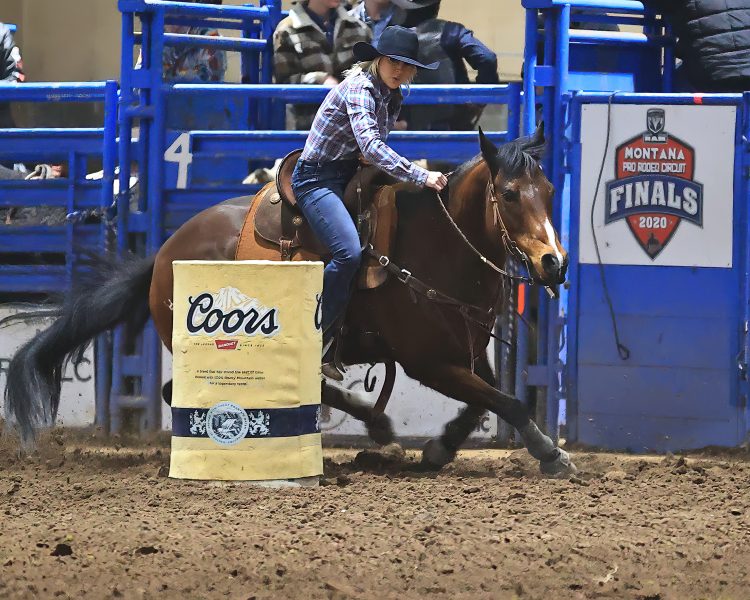