A Close Call – Donald, Dunny, and The Elk 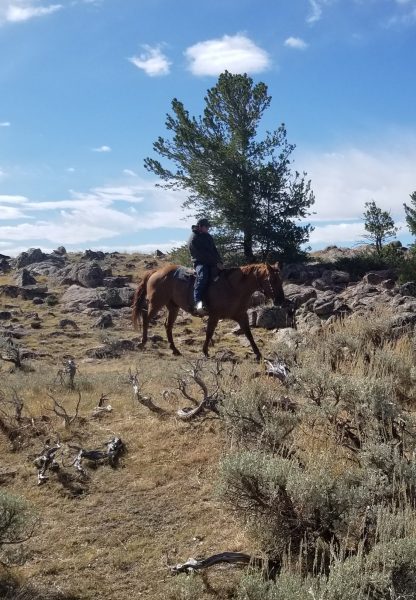 My husband, Mark, is the cow boss at the Boot Ranch located southwest of Douglas, WY. The Boot Ranch has acquired different ranches over the years, so it isn’t all connected. It is spread out, with areas over 60 miles apart from each other. One being what they call the Burnett Place that is over the mountain from Douglas, kind of near Medicine Bow, WY.

A few weeks ago my husband and his brother, Donald, were pushing cows out of the high mountain summer pastures to the hay meadows below. With the plan in mind to gather and trail the cows back over the mountain, to be closer to home for the winter. 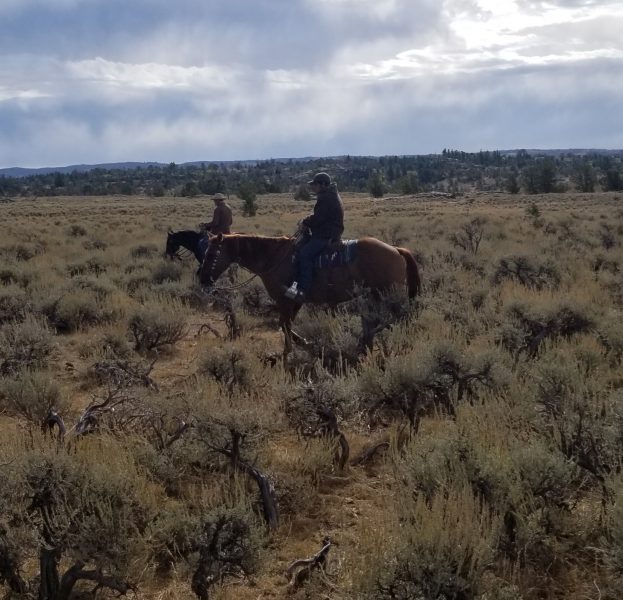 Mark was riding one side of a canyon. Donald riding the other side. Shane, (ranch owner/manager) along with a friend of his were picking up what they kicked down to them in the middle. They accidentally moved and mixed a few different herds of elk together. This caused all the bull elk to get stirred up. They started to run around and bugle. This caused other bull elk to come over the ridge and join in the chaos.

Mark said the horse he was riding was not a fan of all the elk commotion and on high alert.

Donald was riding a big Dun horse of ours that of course we call Dunny. Dunny is a big, gentle giant. Donald and Dunny were riding through some Aspen trees, when all of a sudden two bull elk that were locked horns fighting, came busting through the trees and ran right into Donald and Dunny. They hooked Donald’s pants by his back pockets and ripped them down to behind his knee. They knocked him off Dunny and rolled the saddle sideways.

Donald said, “They just kept fighting and went on away from us. So I just straightened up my saddle, got back on, and went back to looking for cows.”

This story definitely could have had a bad ending, but I am so thankful that it wasn’t worse and both Donald and Dunny were okay.

Unfortunately, Donald didn’t have a phone or camera so he didn’t get any pictures, but I imagine it will stick in his memory forever. 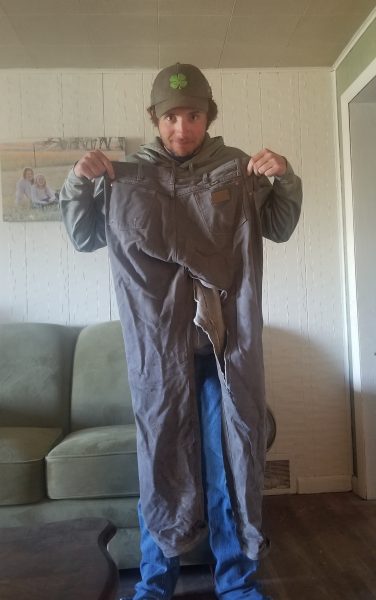